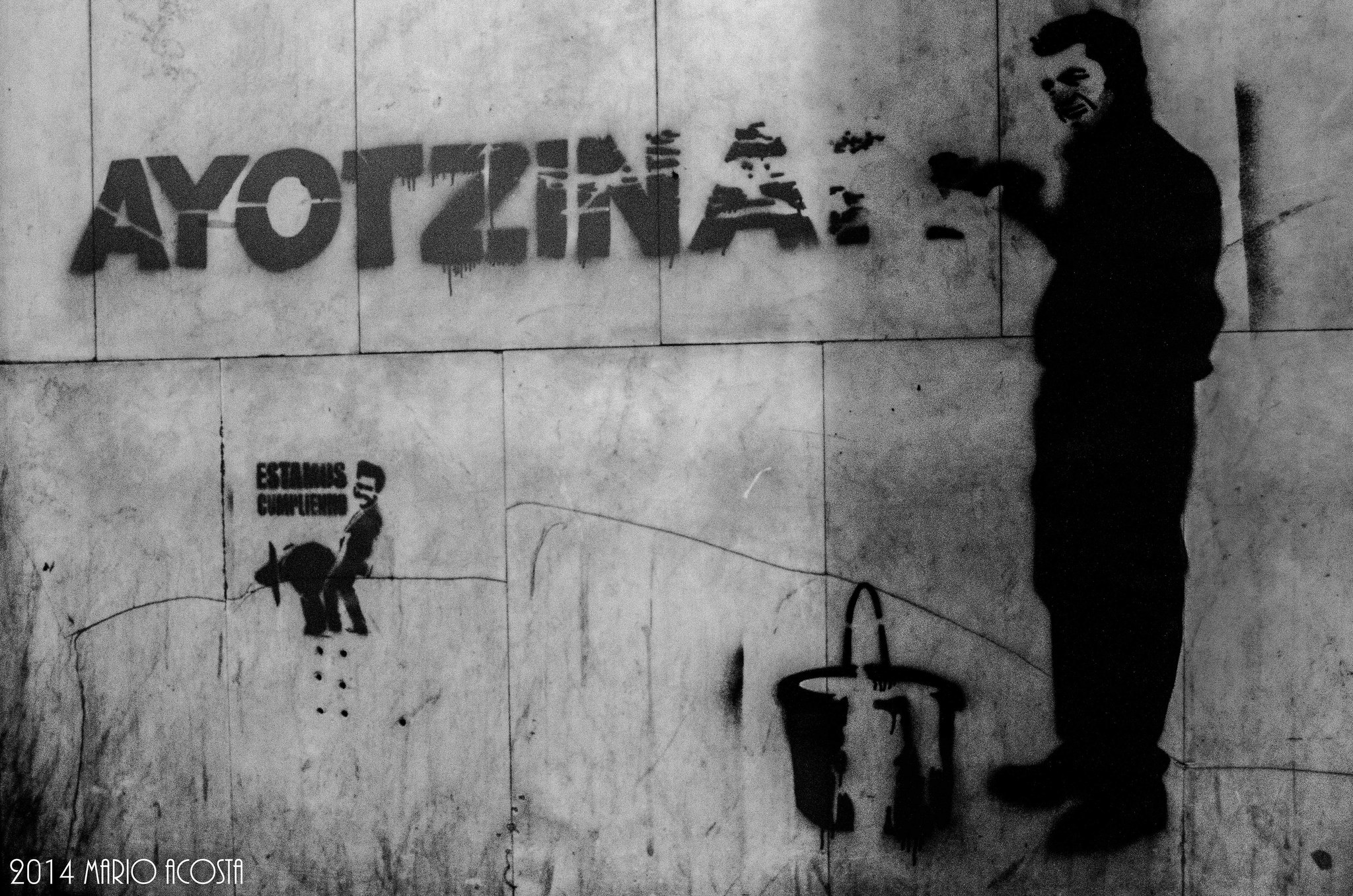 If a single phrase was chosen to describe the past decade, it would be ‘humanitarian intervention.’ Military forces of the global North – here meaning states adhering to Western norms of neoliberalism and humanitarianism, led mostly by the United States – have crossed borders into foreign countries, whose populations face dangerous conditions. Indeed, the number of ‘humanitarian crises’ happening all around the globe is quite significant – even one such crisis is one too many. As a result, the global North has taken up the duty of responding to these crises, hoping to resolve them. Hence, the concept of Responsibility to Protect (R2P) has been widely accepted, as a pseudo-legal framework for how these humanitarian interventions are supposed to be carried out.

The global North is leading this humanitarian charge. The Second Gulf War was a NATO operation; so were the airstrikes conducted in Libya. Looking at the number of casualties in these countries does provide a solid argument in favour of intervention. More than a million people, including 100,000 Kurdish Iraqis, have been killed under Saddam Hussein’s 24-year regime in Iraq (Hilton, 2003). The Libyan Civil War, which lasted just a little over eight months, cost the lives of 15,000 people (Reuters, 2011).

Compare this with the 60,000 Mexicans killed between 2006 and 2012 as part of the so-called Drug War of Mexico (Human Rights Watch, 2013). Why do we not see a call to action, in the vein of the interventions in the Middle East, from the global North, in the case of Mexico? Why aren’t there any UN Security Council motions about a humanitarian intervention in this country? In 2006, at the beginning of the Mexican Drug War, Mexican President Felipe Calderon deployed around 50,000 soldiers to actively fight against the drug cartels, which is to say that the Mexican state has declared war against them. So why is the global North more hesitant in being directly involved in Mexico?

Before answering this question, one thing should be made clear. This article does not argue in favour of military intervention in any shape or form. History shows that military intervention in intrastate conflicts are only short-term solutions, which end up unraveling in the long run. It has been eleven years since U.S. President George W. Bush declared the mission in Iraq was accomplished, and still there can be no talk of stability in Iraq or in the region. Even in the case of Mexico, Calderon’s deployment of soldiers has only served to exacerbate the conflict, by forcing the cartels to take more drastic measures. According to Zarriello and Gray [1] (2014) “there were 12 states in Mexico that each had more than 1000 cartel-related murders from 2006 [to] 2012,” meaning that even after soldiers were deployed, the conflict carried on.

The question here is not whether there should be a military intervention in Mexico, but rather why the global North is hesitant to directly react to it.

The answer can be deduced from the stance that the global South has taken against the global North’s interventionism. India, for instance, has consistently voted against such humanitarian interventions. Especially in the case of Libya, India, along with some other countries, has been criticised for “being on the wrong side of history,” and being “a fence-sitter.” Yet, from this point of view, India’s “voting pattern clearly illustrate[s] that a carte blanche cannot be given to the power wielders of the world to carry out interventions for the sake of human security” (Bahadur, 2014).

The carte blanche argument has significant implications. First, it points out the obsession of the global North of drawing very clear Manichean lines. These countries are misfortuned, and they are under the yoke of terrible leaders, who cause them nothing but pain and suffering. Framed in this way, the humanitarian intervention risks becoming a crusade against a single individual. In the case of Iraq, it was Saddam Hussein; for Libya, it was Muammar Gaddafi. This is highly problematic, since the rhetoric could easily be used to legitimize violent regime changes. Second, the drawing of the lines are made even easier by the fact that there are clear ideological differences between the regimes. The war on terror is a war on non-Western norms. It is either that, or it just so happens that most of the humanitarian interventions conducted over the past decade have been against non-Western political regimes. Simply put, the struggle of the global North is against ideologies that do not conform to Western norms. The global North intervenes on behalf of democracy, on behalf of freedom, and on behalf of individual liberties; and they intervene if and only if any of these criteria seem to be lacking.

Mexico does not fit into this framework. While Manichean lines could be drawn for the two sides of the Drug War, the ‘evil’ side of the conflict cannot be boiled down to a single person. There are multiple drug cartels in Mexico, and even arresting the heads of these cartels does not solve the problem. Zarriello and Gray (2014) argue that when the Mexican state arrests high-ranking drug lords, “a scramble for power ensues as the second and third-in-command vie for territory and control,” causing even further chaos. In addition, the cartels are non-state entities, meaning that their leaders cannot necessarily be replaced through foreign state intervention, which means that there can be no talk of a regime change, violent or not.

Furthermore, there is no ideological conflict between the state of Mexico and the global North. While the integrity of Mexico’s democracy is debatable, given the high level of corruption of high ranking officials, it is not a dictatorship in the Middle Eastern sense of the word. Moreover, it is not the state that is at the root of the conflict, although it is argued that government officials have ties with the drug cartels. For instance, it is known that certain cartels can guarantee votes for an official, if the official promises to turn a blind eye to their activities (Vulliamy, 2010). Nevertheless, the state of Mexico itself is not necessarily ideologically opposed to the global North. Mexico is a member of the North American Free Trade Agreement (NAFTA), which suggests that the state adheres to the norms of neoliberalism. In other words, NAFTA is not only an economic agreement, but also an ideological one.

What is more insidious is the fact that the global North, the U.S. in particular, might be accruing benefits from the Mexican Drug War. For example, between 2007 and 2011, around 70 percent of the 99,000 weapons in Mexico came from the U.S. (Shoichet, 2013). This has raised veritable concern within Mexico, especially on the part of the government, which has used decommissioned weapons to put up a sign that says “No More Weapons” in 2012 (Shoichet, 2012). In addition, according to a study, “46.7% of U.S. [Federal Firearms Licenses to sell small arms] during 2010-2012 depended for their economic existence on some amount of demand from the U.S.-Mexico firearms trade to stay in business” (McDougal et al., 2013).

While admittedly, this article may not provide enough evidence to indict the global North as directly complicit in the Mexican Drug War, it is certainly enough to make one wonder. In a global system, where humanitarian intervention to save lives has more or less become the norm, it is telling that Mexico goes under the radar. If it were not for the 43 students from Ayotzinapa Normal School who went missing in the city of Iguala, would the Mexican Drug War come back to mainstream media coverage? One cannot say. At any rate, one should always approach the issue of humanitarian intervention critically because the humanitarian rhetoric is prone to being misinterpreted, either willingly or unwillingly. Who is intervening, and why are they intervening? What justifies intervention? One should ask these questions, even before inquiring about the type of intervention.

[1] Scholars from the Department of Peace, War and Defence at University of North Carolina at Chapel Hill, and Campbell University, respectively.

McDougal, Topher, David A. Shirk, Robert Muggah, and John H. Patterson. The Way of the Gun: Estimating Firearms Traffic Across the U.S.-Mexico Border. Rep. U of San Diego, 2013. Print.

Cem Ertekin is a U3 Honours Political Science student who is focusing on political theory and international relations. He is a firm believer of cosmopolitanism, and thus is focused on dedicating his life to finding the possible (albeit long and convoluted) path to a world without states. In addition, Cem is a fan of alternative and grassroots forms of journalism and academia, and believes that student-run initiatives such as MIR are very crucial in creating a more critical understanding of politics in general.