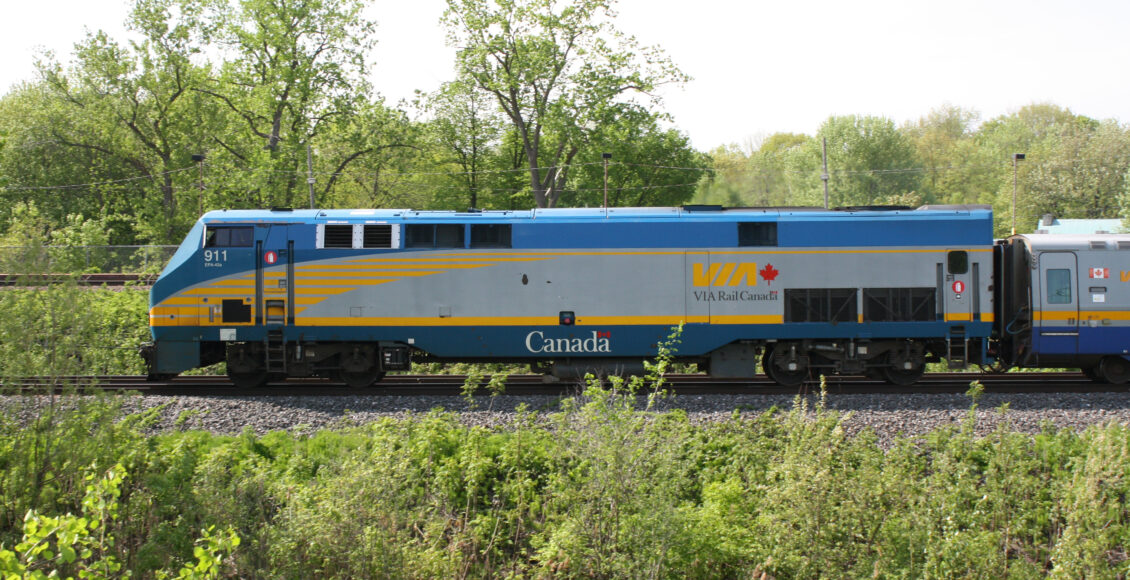 Coming out of the pandemic, the “build back better” movement has been gaining support from governments worldwide. Notably, this movement has been embraced by G7 countries. The Build Back Better World campaign encompasses a global infrastructure initiative aiming to mobilize private sector capital to fund sustainable infrastructure improvements in countries around the world. While the focus of the program is on low-income and middle-income countries, it has revitalized the discussion around infrastructure in Canada––namely, the state of long-distance railway. Compared to other first-world countries, Canadian rail transport has proven to be ineffective. The lack of nationalized railways has proven harmful to Canadian rail travel since public railways pave the way for more sustainable and effective infrastructure.

Railways have historically been at the heart of Canadian transportation. Early settlement was followed by the construction of railways and trains were fundamental to aiding Canada’s development, serving as a reliable shipment for industries and transport for passengers. This all changed with the introduction of the modern automobile. Following the Great Depression and World War II, government spending on highways soared to new highs, increasing from CAD 103.5 million in 1946 to 1.5 billion in 1966. At the same time, railway use and investment heavily declined.

In the 1980s and 1990s, VIA Rail (the Crown corporation that handles intercity passenger rail) went through many service cuts, establishing the precedent that the corporation was beholden to the whim of whatever government is currently sitting. By the 1980s, VIA Rail’s annual ridership dropped from a peak of over eight million passengers per year to less than five million. Following this, VIA Rail went ahead with further route cancellations, reporting declining ridership could lead to more cancellations. The effects of this are easily witnessed in the change in trip times of VIA Rail’s flagship cross-country route, “The Canadian.” In the 1950s, travel time for this trip used to be roughly 84 hours but, decades later, the estimated travel time has actually increased to 98 hours. Put lightly, the government has been treating long-distance railway travel as second rate compared to newer alternatives.

It is not a coincidence that VIA Rail has entered such a miserable state. Railways in Canada are used primarily for transporting bulk commodities. Transport of merchandise, such as coal, oil, and lumber takes priority over VIA Rail’s trains. This is because of how Canada’s railway network is set up. Canadian National (CN) and Canadian Pacific own the vast majority of railways in Canada, so VIA Rail only owns a small fraction of the rail lines on which their routes operate. Consequently, VIA Rail is forced to negotiate with CN to access rail lines and properly schedule their routes, competing with freight trains that carry valuable cargo. Time and time again, CN has favoured its freight trains, which bring in the majority of their revenue, instead of VIA Rail’s passenger routes. This is the cause of the extreme delays that VIA Rail’s scheduled trips experience. Instead of continuing from stop to stop, VIA Rail has to wait, often hours at a time, for a freight train to pass by before continuing on its route. Fortunately, this is only a reality in western Canada. On its Quebec and Ontario routes, VIA Rail owns most of the tracks it operates on and has proven that its on-time performance is over ninety-seven per cent better than when it uses those operated by CN.

Although it appears that the Canadian model of privately owned tracks and a publicly owned transport company are here to stay, this is not the way it has to be. In other countries — the most renowned being European Union member states — railways are nationalized, meaning they are publicly owned and have private companies operating on them. This has enabled proper investments in long-distance rail travel years before it was seriously considered in Canada. Travellers and citizens in Europe get to experience high-speed rail (HSR) daily while Canadians are left to consider it but a dream for the future of rail travel.

To fully realize what Canada is missing out on, a direct comparison can be made between one of Canada’s busiest routes to one of Spain’s most popular routes. VIA Rail’s Montreal to Toronto route is approximately 504 km long with an average travel time of 5 hours and 30 minutes, which is almost equivalent to travelling by car. Furthermore, it has an annual ridership of 578,300 people. Meanwhile, Spain’s Madrid-Barcelona high-speed rail line is 120 km longer, takes half the time, and moves around 4.4 million people per year. The comparison does not even account for the aforementioned delays for which VIA Rail has become notorious.

Furthermore, Canada’s rail infrastructure scarcely connects its communities, with more rural populations needing the use of a personal car or private bus company to travel to other towns and cities. This contrasts directly with Europe, where well-thought-out public infrastructure connects even its most rural populations to larger cities through the combined use of buses and trains.

With all the scrutiny VIA Rail has faced for its operations, there is a light at the end of the tunnel: a proposal for high-frequency rail (HFR) has been approved by the Ministry of Transportation. The HFR project promises to introduce “faster, more convenient, more frequent, and more reliable service” on the Quebec City-Toronto route. Trains will also be running largely on VIA Rail-owned lines, in addition to the construction of new lines. However, the approval of the HFR project does not bring any of these improvements to Canada’s western regions where CN can “veto or unilaterally alter any request to improve passenger times and frequencies.” Only a fraction of the population will ever experience these improvements. While HFR shows promise, it is really only a middle ground between what is currently offered and HSR, where even the slowest operational HSR is faster than what VIA Rail has promised. The technology is available: it just is not fully utilized.

With Canada finally beginning to move forward after being stagnant on railway infrastructure all these years, it brings to light past governments’ views toward it. They did not allow necessary advancements in railway transport to occur while automotive and aviation-related technologies advanced rapidly. When implemented correctly, railway travel has proven to be a viable alternative for long-distance transportation, producing fewer emissions to help mitigate personal carbon footprints. It is clear that if Canada wants to build out a sustainable and reliable railway system, an extensive overhaul and rethinking of Canada’s infrastructure is needed before that future becomes a reality.

Featured Image: VIA Rail’s 911 Car on its route by djaytoo licensed under the CC BY-SA 2.0 License.