Review of the F.R. Scott Annual Lecture : Jeffrey Simpson Gets it Dead Wrong 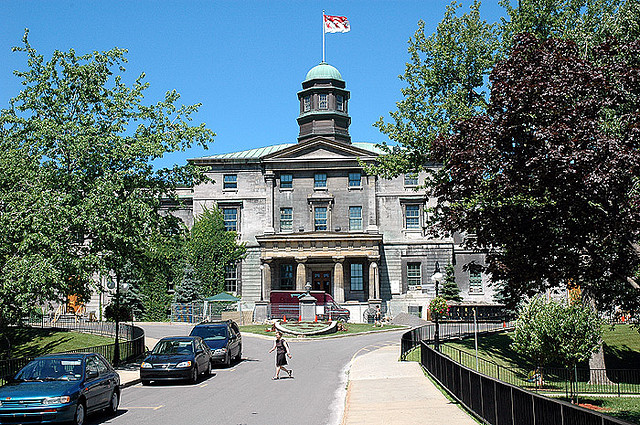 On a cloudy and overcast Monday evening, McGillians and curious Montrealers alike gathered in the towering and daunting Birks building for the annual F.R. Scott lecture. Hosted by the McGill Friends of the Library, the annual lecture, held in commemoration of a truly great Canadian, is meant to provide a conversation on topical issues of vital importance to the public interest. Glancing down the list of previous speaker’s to have given the lecture and one finds some of the most scintillating figures from all corners of Canadian public life: Stephen Lewis, the Hon. Irwin Cotler, Professor Emeritus Charles Taylor and the Hon. Justices Ian Binnie and Morris Fish, Professors Roderick MacDonald and Desmond Morton, William Weintraub, and the list goes on. 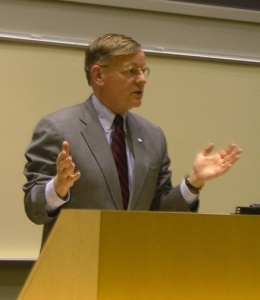 On this particular evening, patrons of the lecture were to be addressed by an accomplished Canadian journalist and author; Jeffrey Simpson. Nestled comfortably in the beautifully adorned Reading Room, resplendently decorated with oak panels, wooden carvings and stained glass windows, the stage was set for Simpson to grapple with a most difficult and pressing topic — Aboriginal relations in Canada. After a warm introduction, he adjusted his Order of Canada pin, steadied himself, and proceeded to get it dead wrong.

The thrust of his message was that the wrong mindset has been and continues to be adopted on the issue. This prevents us as a country from improving the conundrum of Aboriginal relations in Canada. The mindset of “parallelism”, to which he referred, places Aboriginals on a separate and distinct path from mainstream Canadian society, therefore preventing them from fully integrating and experiencing the benefits afforded to others. Despite his interesting concept, the argument that unfolded was rife with issues.

He began by blasting through hundreds of years of history of Aboriginal relations and selecting two “seminal” events; the 1969 Trudeau White Paper and the 1991 Royal Commission on Aboriginal Peoples. Despite his bizarre selection of events, he rightly bemoaned Trudeau’s approach in the White Paper. When it came to the Royal Commission, Simpson was more direct. Summarily dismissing its recommendations as being un-implementable, he went further and not-so-subtly ridiculed Justice Bertha Wilson for her “inventive” concept and recommendation of creating a First Peoples House at the great amusement of the almost exclusively older, white crowd.

With only cursory mentions of residential schools and the Indian act, Simpson was happy to motor on to what he thought was wrong with the current state of affairs — aboriginal governance. For Simpson, the vast majority of First Nations “lack the capacity” to govern themselves and provide adequate services to their societies. All too ready to ignore aboriginal conceptions of power structures, consensual governance, and collective economic models, Simpson was armed with numbers to buttress his claims.

He rattled off a dizzying number of depressing statistics on social problems on aboriginal reserves, including unemployment, literacy rates, suicide rates, fetal alcohol syndrome, obesity, sexual abuse and the like. Curiously, how and what series of policies ever placed Aboriginals in these dire straits was not a subject Simpson was intent on broaching. As he painted a grim picture of the reality on reserves he moved on to describe the huge variety amongst First Nations. According the Simpson, the huge differences in culture, practices and size of nations renders a nation-to-nation approach near impossible. Rather, the true solution was for nations to adopt a free-market wage economy.

Hunter-gathering, fishing and trapping were useful pursuits in the past, but no longer. With all of the deftness and the sensitivity of a bull in a China shop, Simpson’s remarks revealed that historical practices and any semblance of cultural distinctiveness or nuance was an inconvenience simply not worth dealing with. Instead, he praised the few, larger nations that have created “real success” for their people; that is, economic growth in the form of golf courses, casinos, and natural resource extraction. Such as the Cree in Northern Quebec or other First Nations on land endowed with natural resources. Ultimately, he felt it was wrong to expect the same from other nations. Listeners who patiently awaited his solution, received nothing of the sort.

With all of the deftness and subtlety of a bull in a China shop, Simpson’s remarks revealed that historical practices and any semblance of cultural distinctiveness or nuance were inconveniences simply not worth dealing with. Unwilling, or unable, to coherently offer a olution, Simpson instead heaped on more criticism, this time on the courts. Though rightfully chastising failed political leadership for inaction, he questioned how the court has attempted to provide solutions on the issue. For example, while referencing the landmark Tsilhqot’in case of this summer, Simpson lamented that there would be an onerous cost and “drag on the region’s economy” due to governments needing to consult and get approval from each nation for resource extraction. Simpson suggested these costs greatly outweighed the benefits of the groundbreaking ruling which, for many experts, have altered the legal landscape. Namely, by affirming the Tsilhqot’in nation’s rights to its land and explicitly enunciating that the land is not and never has been crown land, the court entrenched a veto right for the nation over any natural resource development in the area (qualified by a pressing public interest). Despite this, Simpson cynically said : “time will tell what the impact will be”. 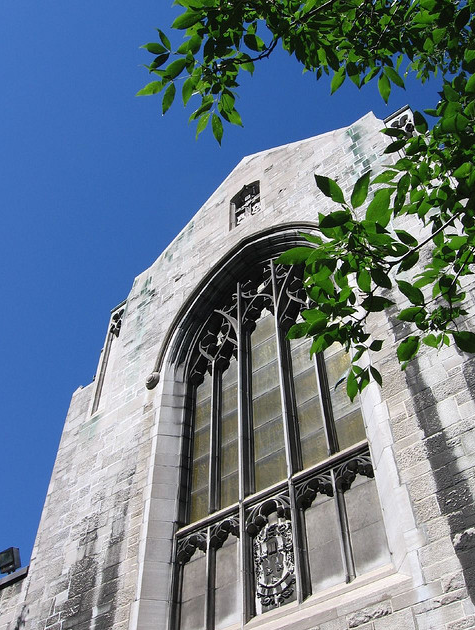 In his talk, Simpson also used the common trope of the “immigrant story”. Immigrants arrived here with nothing! With no interest in “our past quarrels”, they worked hard and never asked for special treatment. Was it so outrageous to expect something similar from Aboriginal peoples?

Suggesting that Canada’s approach to plucky and hard-working immigrants, one that purportedly gives everyone a fair shot, should apply to a people that have been colonized, culturally besieged, sexually attacked, systematically excluded from society, denied the right to vote, and denied basic human dignity despite being native inhabitants to this land hundreds of years prior to the arrival of European settlers is the patently wrong approach to take. From a noteworthy journalist, I truly expected better.

As he concluded the lecture, he waded into the recent First Nations Control of First Nations Education Act. Clearly disappointed that it was recently retracted by the Government under pressure from Aboriginal groups, he wrote off the Assembly of First Nations as “dead” and simultaneously derided aboriginal politicians, activists and lawyers in one fell swoop. In a striking demonstration of narrow-mindedness he said he “could not imagine an approach more doomed for failure than a government that seeks to adopt a different, distinct approach to each agreement with some 600 different nations.” It seems that for Simpson’s imagination the nation-to-nation approach is just too naive of a concept. In Simpson’s world, Aboriginals seeking a new deal in Canadian society should be advised; Canada offers group rates only, none of this individual treatment nonsense.

I consider myself a humble student of F.R. Scott. He loved politics because he felt its true purpose was to unleash people’s inherent creativity to fashion solutions for society. A civil rights warrior in every sense of the word, he fought some of the greatest battles during a period of darkness for civil liberties in Canada; taking on the nefarious Duplessis himself, the cause of the persecution of Jehovah’s Witnesses, and freedom of speech laws when everyone told him otherwise. Throughout his career, he was relentlessly attacked by the Montreal (and Canadian) establishment, his peers, his family, and yes, even McGill. Yet, he had imagination. He had courage. As I returned to the dark and rainy street, I thought it a shame that neither of these attributes were on display at a lecture held in his honour.