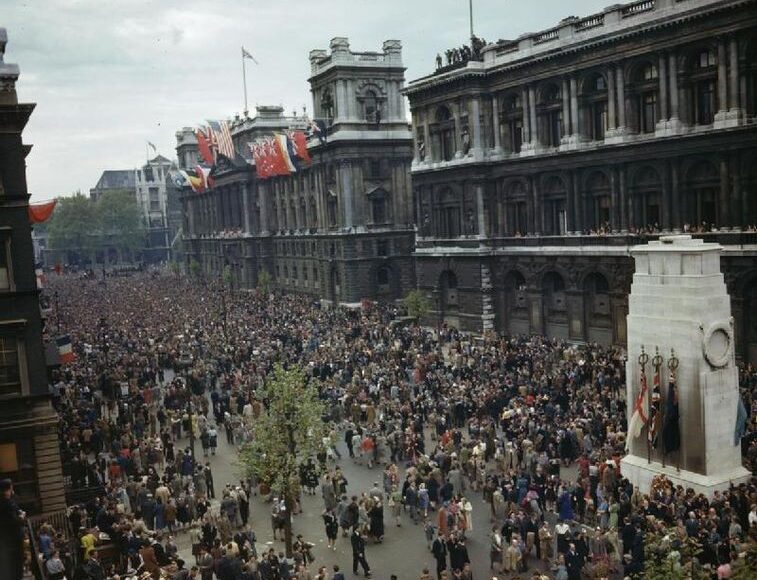 The League of Nations was established in the wake of the First World War on January 10, 1920, to prevent another conflict between the Great Powers. However, with the Second World War breaking out in 1939, the League ultimately failed to achieve its goal. The European component of the war officially concluded on May 8, 1945 at 23:01 p.m., which is commemorated as Victory in Europe (VE) Day. Despite the day’s celebrations in 1945, a new conflict was already brewing between the United States and the Soviet Union, two former allies. In 1949, the US established the North Atlantic Treaty Organization (NATO) alongside several other Western nations, intended to deter a Soviet invasion of Western Europe. On the 100th anniversary of the League of Nations founding and 75th anniversary of VE Day, it is worth reflecting on both the benefits that European collective security has brought, as well as its current poor condition.

The components of Collective Security in the League and NATO

A key requirement for collective security organizations is the ability of its member states to collectively determine central threats to the international order. Crucially, the League of Nations lacked this requirement during its existence. For example, the League failed to display internal cohesion when it declined to impose tough sanctions against Italy when it invaded Ethiopia in 1935. The United Kingdom and France wanted to placate Italy so it would support them in opposing German expansionism, however, their inaction in this incident encouraged Germany instead.

In sharp contrast, NATO, for most of its existence, has maintained a consensus among its members on what the central threats to the international order have been. NATO’s main goal initially was to contain the spread of Soviet influence and communism in Europe. Its military strength helped deter the Soviet Union from launching an invasion of Western Europe, thereby playing a significant role in helping the US win the Cold War.

After the Cold War, NATO members recognized the threat posed by the violent break-up of Yugoslavia between 1991-2001, during which occurred the genocide of Bosnian Muslims. This war, along with the ongoing Russian-backed separatist insurgency in Ukraine, has been one of the few armed conflicts in Europe since 1945. Although NATO was unable to prevent the conflict in Yugoslavia, its airstrikes played a vital role in helping bring it to an end. Unity among NATO’s members has been an important component of its success in upholding European peace since VE Day in 1945.

Collective security organizations need a legally binding mechanism to force their members to act against recognized threats, or else free-riding may occur. The League failed to halt German expansionism partly because it had no such mechanism through which military force could be deployed against aggressive nations. Collective security in NATO is upheld through Article Five, under which an attack on one member is considered an attack on all, entitling the attacked member to a coalition of defenders. However, for Article Five to actually deter opponents, all NATO members must appear fully committed to action when it is activated.

Part of a collective security organization’s deterrence capability comes from its members being credibly committed to it, yet the actual military strength of its members is also important. The US was never a member of the League of Nations due to isolationist sentiments in the Senate, and without its military strength, the League was severely weakened. After VE Day, the US stopped sending aid to its allies and it seemed to be retreating back towards a trend of isolationism. However, it recognized the Soviet threat and became a founding member of NATO. The United States underpins NATO and its defence power, since it is the member with the largest military and accounts for roughly 70 per cent of total defence spending by NATO governments.

NATO’s avoidance of some of the key pitfalls that led to the League’s demise has caused it to become a reasonably successful collective security organization. The international order began to shift on VE Day in 1945, from a multipolar system of great powers to a bipolar one monopolized by the Soviet Union and the US. 75 years later, it is transitioning again from a unipolar system dominated by the US into a multipolar system. However, US President Donald Trump’s 2016 election has thrown NATO’s future into doubt, as he has undermined each of the components which have made it historically successful.

Most of NATO views Russia as posing a major threat to the international order due to its illegal annexation of Crimea in 2014 and its support of armed separatists in the Donbass conflict in Ukraine. Russia has also waged destabilization campaigns against the Baltic Republics and in the 2016 US elections. However, Trump has called Russian President Vladimir Putin “a terrific person” and has ignored reports from the US intelligence community about the threat that Russia poses. Trump’s rejection of the NATO consensus on Russia has undermined the organization’s deterrent power against Putin.

Ever since VE Day in 1945, the US has been committed to upholding European peace. During the break-up of Yugoslavia, the US led the international efforts to secure a diplomatic resolution to the conflict, after NATO airstrikes had brought the combatants to the negotiating table. For example, the US successfully negotiated the Dayton Peace Agreement which ended the fighting in Bosnia-Herzegovina. Even after the end of the Cold War, the US has helped maintain the notion of collective security in Europe.

The US’s commitment to NATO has weakened under President Trump. He has repeatedly pointed to the US’s high contributions to NATO and what he feels are the other member states’ free-riding as a point of frustration. He has openly discussed pulling the US from NATO and reneging on the commitment to Article Five in the case of member states who fail to devote the agreed two per cent of GDP to defence. These statements have been enough to weaken the international perception of NATO by implying that the US is not fully committed to the organization. This poor image, fostered by the US’s indifference, may encourage nations such as Russia to more openly challenge the organization in the future.

If the US left NATO, then it would no longer be a credible security organization as it would have lost its largest member-military. If Trump is re-elected in 2020, he may feel emboldened to pull the US from NATO altogether. If his Democratic rival Joe Biden wins instead, whether or not he could repair the US’s reputation within NATO is in doubt. NATO has succeeded in contributing to European peace since its creation, and the losses caused by its disbandment would be deep.

The League of Nations seemed to offer the hope of a better future for Europe in 1920, but it failed to deliver due to institutional weaknesses. Despite the celebration of VE Day in 1945, many people feared the possibility of war between the US and Soviet Union. However, NATO’s member-states united against the common threat, and the notion of collective security combined with military strength helped to prevent this outcome. However, it is clear that the organization is suffering credibility problems and is being actively undermined, especially by Trump. On this centennial of the founding of the League of Nations and the 75th anniversary of VE Day, the international order is once again changing and contains many threats. In this anniversary year, Europe should reflect on how collective security organizations such as NATO can be reformed, so that the pan-European peace that has lasted 75 years is not lost.