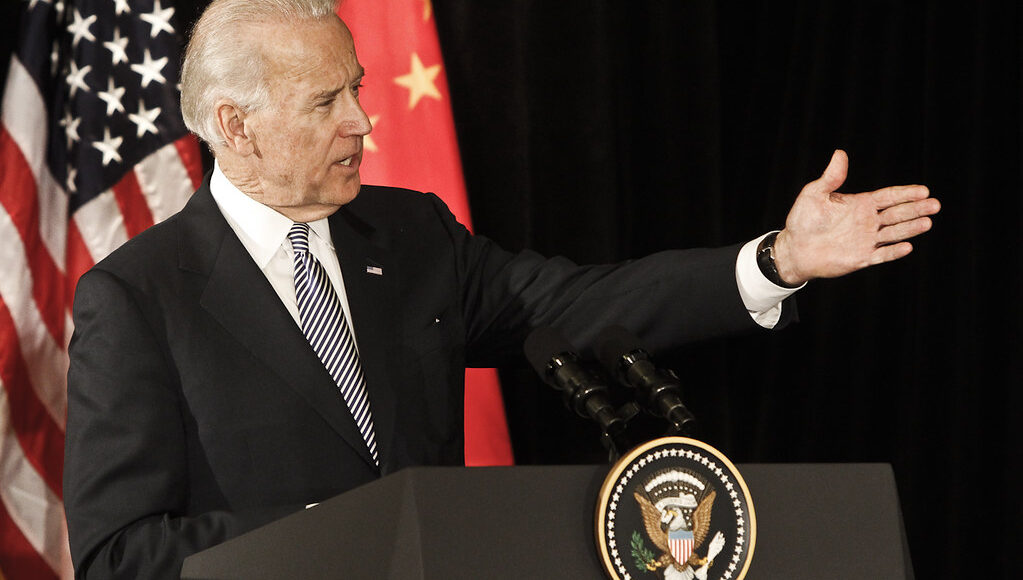 A Sino-US War may already be underway. President Joe Biden has said that America is “not seeking a new cold war or a world divided into rigid blocs,” but officials in Washington are increasingly concerned over the worsening tensions between the two powers. The international community has also weighed in on the debate; former Australian Prime Minister Kevin Rudd asserted that “a Cold War with China is probable and not just possible.”

The narrative characterizing Sino-US relations as a “Cold War” attempts to recall the era of confrontation during the second half of the 20th century between the United States and the Soviet Union.  It was a clash between two nuclear-armed superpowers with divergent ideologies: the communist, authoritarian Soviet Union and the democratic, capitalist US. Now, Washington is once again leading a Western alliance, trying to prevent a rising power from becoming the new hegemon.  In this case, it is China’s rising military, economic and political power in the international state system posing a threat to the US. Attempting to strengthen its global leadership, China has sought to gain a greater role in Western-dominated institutions like the World Health Organization (WHO). Since China opened up to trade, it has been one of the world’s fastest-growing economies. While it is still relatively behind, some economists argue that China will eventually overtake the US.

China is determined to become the world’s leading power, but the US is also determined to preserve its own role as the current global leader. Throughout his campaign, President Biden stressed the need for America to strengthen its relationship with allies to counter the rise of China and preserve its vision of a democratic world order. The previous Trump administration’s “America First” doctrine precipitated a decline in US global hegemony. By withdrawing from multilateral agreements such as the Paris agreement and the Iran nuclear deal, and from international organizations, the US image deteriorated internationally.

Like the Soviet-US Cold War, there is an ongoing race centred on technology between China and the US. Those who characterize modern US-China tensions as a new Cold War hold up the race to dominate the fields of Artificial Intelligence and 5G networks as a parallel. The US may be leading in the race, but China is catching up.  Frank Rose, a senior fellow for security and strategy in the Foreign Policy Program at The Brookings Institutions, said that “US-China competition is essentially about who will control the global information technology infrastructure and standards.”

In addition to the competition for technological dominance, tensions between the two powers have significantly increased these past few years over trade, technology, political fissures with human rights, economies, online security, and sovereignty. Regarding human rights confrontations, these have become more frequent. For instance, in response to Beijing’s repressive actions against pro-democracy protests in Hong Kong, Washington imposed sanctions on Chinese officials.

Another flashpoint in the current Sino-US rivalry is the issue of Taiwanese sovereignty. The US has not directly confronted China’s actions towards Taiwan but has indirectly involved itself in the issue by supporting Taiwan, saying they would defend the island in case of an attack. In a recent virtual summit, Chinese President Xi Jinping warned Joe Biden that encouraging Taiwanese independence would be “playing with fire.” More generally, China has become significantly more aggressive in the South China Sea by militarizing the area and increasing military pressure on neighbouring countries. In a recent interview with CNN, Taiwan’s regional leader, Tsai Ling, confirmed the presence of US military troops for training purposes and asserted that threats from China were increasing every day.

Some scholars argue that the Soviet-US rivalry is significantly different from the Sino-US one, and characterizing it as a Cold War is not representative of the current situation. In a guest essay for the New York Times, Harvard Political Scientist Joseph S. Nye Jr. wrote that using the term “Cold War” to qualify the increasing tensions between the two most powerful nations is “lazy and potentially dangerous” since it underestimates the challenge that China presents for the US. Contrary to the Soviet-US Cold War, two distinct blocs have not formed around China and the United States. Instead, the international system in the 21st century is multipolar, with the US, EU, and China, being some of the most influential powers in the international system.

The 21st century has brought unprecedented issues: global pandemics, climate migration, and increases in cyberattacks, to name a few. One major power like the US cannot tackle them on its own. All nations, regardless of whether they are democracies or autocracies, must prioritize cooperation on global issues. Despite being at odds on many issues, China and the United States still agree on certain matters and manage to cooperate to tackle certain issues. For instance, in the Glasgow climate summit (COP26), China and the US agreed on a climate deal to work together to pivot away from fossil fuels and reach their goal of transitioning to a net-zero emission economy. Many details about the expected plan are still unreleased. Yet, some are speculating that the deal has geopolitical significance, signalling that the “war of words” between China and the United States — a source of tensions at the summit — had ended. This type of cooperation, despite rival interests, is unique to the US-China relationship. China and the US have important economic ties. Moreover, the two countries are greatly intertwined due to an important Chinese diaspora in North America. The idea of the US turning its back to China would not be beneficial for either party.

Even though we can identify similarities between the Sino-US rivalry and the Soviet-US Cold War, the two conflicts differ, given the actors involved and the contexts in which they take place. The two countries are still not directly engaged in a conventional war. But, it is clear that there is both hard and soft power competition between them, trade war and vaccine diplomacy can serve as respective examples. Over the years, China has gained power while US hegemony has declined due to its handling of the pandemic Afghanistan withdrawal. Whether or not the U.S-China rivalry is a “Cold War,” one thing that is certain: the international state system is not static, and the US cannot hold onto its sole superpower status forever.