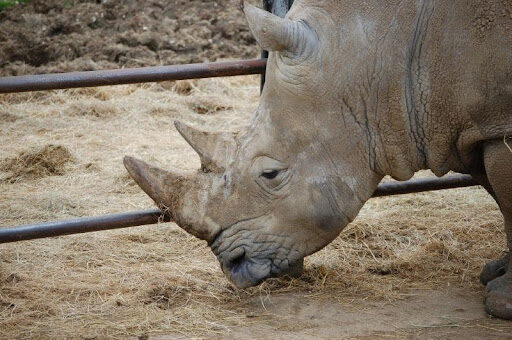 Since 2008, rhino poaching in South Africa has been a prevalent issue. While the number of poached rhinos has declined since 2015, the rhino population is still struggling to recover. Poaching is driven by the increasing demand from Southeast Asian markets, where rhino horns are considered a symbol of wealth and an ingredient in traditional medicine. It is primarily concentrated in Kruger National Park, where the rhino population was 3817 in 2019. Yet in 2020 alone, 394 rhinos were poached in South Africa for their horn, the only valuable part of the rhino. Indeed, the COVID-19 pandemic played a role in decreasing unnatural rhino deaths last year. However, rhino poaching risks exploding again due to a depraved market.

The majority of poachers in South Africa come from the rural communities neighbouring national parks and reserves. However, many poachers are also Mozambicans who cross the border to join the lucrative poaching trade. The primary motivation for poaching is rooted in poverty, as a man from one of these communities who typically only earns around 5000 Rand (~ USD 334) a month could turn to poaching, where they could make up to 250,000 Rand (~ USD 16,730) for shooting one rhino. In this respect, who the poacher is matters, and so do the historical, social, and economic factors that drive them to poach. Notably, many poachers belong to systematically oppressed Black African communities dispossessed of their ancestral lands to curate space towards national conservation and tourism. The creation of Kruger National Park, South Africa’s largest game reserve, dispossessed thousands of Black Africans from their ancestral lands, turning many people from hunters to poachers overnight.

The government’s current National Integrated Strategy to Combat Wildlife Trafficking (NISCWT), established in 2017, focuses primarily on expanding policing to prevent wildlife trafficking. This approach deploys ‘green militarization,’ which involves war-based tactics involving people and military equipment to combat environmental emergencies and the threat of wildlife trafficking. In South Africa, park rangers are equipped with military gear and guns to protect the rhinos and deter poaching. The official procedure is to arrest poachers or potential poachers as illegal trespassers in national parks and reserves. However, many men who become poachers are killed, with the rest being imprisoned, thus offsetting anger and resistance to military-based conservation strategies from the affected rural communities.

The NISCWT unfairly criminalizes poachers, many of whom are merely victims of circumstance. Deploying green militarization has reinforced the racial division of space because it categorizes tourists and preservers of conservation as belonging to the park, whereas poachers do not. Both conservation and tourism are majority white-owned and directed at white tourists and consumers, who are considered people who should enjoy said space. Meanwhile, local black communities remain alienated from conservation areas, further constructing conservation as a white and elitist space. To most people living in communities around South Africa’s parks, a dead rhino has more value than a living one. In this way, poaching must not simply be addressed as an animal rights issue; but as an issue of people who have been systemically disadvantaged and marginalized and thus resorted to becoming poachers.

The racial division of space constituted through colonialism and apartheid has had long-term impacts on South Africa’s racialized populations. For example, white households earn, on average, six times more than black households, making South Africa one of the most unequal countries. Apartheid further created a division in the country’s economy that benefits white South Africans. Black populations are more likely to be less educated and have a lower skill level than white South Africans. The failure of green militarization to address the structural and root causes of what drives poaching highlights the inadequacies of the government’s anti-poaching approach.

Arming park rangers with guns does not help to decrease rhino poaching. The criminal organizations that facilitate the rhino poaching industry are deeply rooted in the communities, with some members being officers at the conservation and national parks. Corruption amongst rangers is high, and arming these rangers makes killing a rhino under the nose of conservation efforts even easier. Since 2009, 42 staff members in Kruger National Park were identified and dismissed for their involvement in rhino poaching, although the total number of those involved is likely much higher.

Moreover, green militarization has instigated an arms race between the South African government and illegal poaching syndicates. Poaching is an extensive organized crime network that deals with ivory trafficking and smuggling. The more heavily armed the rangers are, the more willing wealthy criminal organizers are to invest in advanced weaponry and technology for poachers–the foot soldiers of the ivory business.

The collateral damage of green militarization and the current arms race is ultimately racialized violence. Black African men who are poachers, likely due to poverty, are either killed by rangers or arrested and subjected to decades in prison. Between 2011 and 2015, approximately 500 poachers were killed in Kruger National Park. Furthermore, they face media scrutiny and poaching discourse that criminalizes and villainizes poachers while ignoring the structural factors that push them to poach. The topic of poaching elicits intense responses from the mainly white public. Most support this negative depiction of poachers and even celebrate their deaths in Facebook comments or group chats advocating for animal rights.

The Black Mambas and rethinking anti-poaching

Community-based initiatives can address poaching more sustainably and ethically and improve the socio-economic factors that cause people to become poachers. One such alternative is the Black Mambas, a female-run anti-poaching unit that carries no weapons and instead deters poaching through visible policing, like identifying and destroying poacher camps. They patrol the rhino-dense areas of the park, set up road blockades to track for individuals illegally crossing borders, and diligently test water sources for poisoning. They also run community outreach and awareness programs that encourage communities to support rhino conservation over rhino poaching and seek to protect both the rhinos’ lives and the lives of poachers and their families.

The Black Mambas are just one example of a sustainable attempt to address poaching. By engaging communities in rhino conservation and education, these women also seek to break the economic barriers black women face in South Africa by offering all Black Mamba members necessary work training and educational opportunities. Green militarization is a problematic, short-term attempt at combating rhino poaching. The South African government should prioritize targeting the criminal organizations running the illegal poaching industry rather than focusing on the poachers who are merely the face of the industry. With lockdown restrictions easing and poaching increasing again in South Africa, anti-poaching strategies should start to address racialized violence and the intersection of poverty and displacement to mobilize systemic change within the realm of conservation.