Right to Vote and Public Health: Elections in the Time of COVID-19 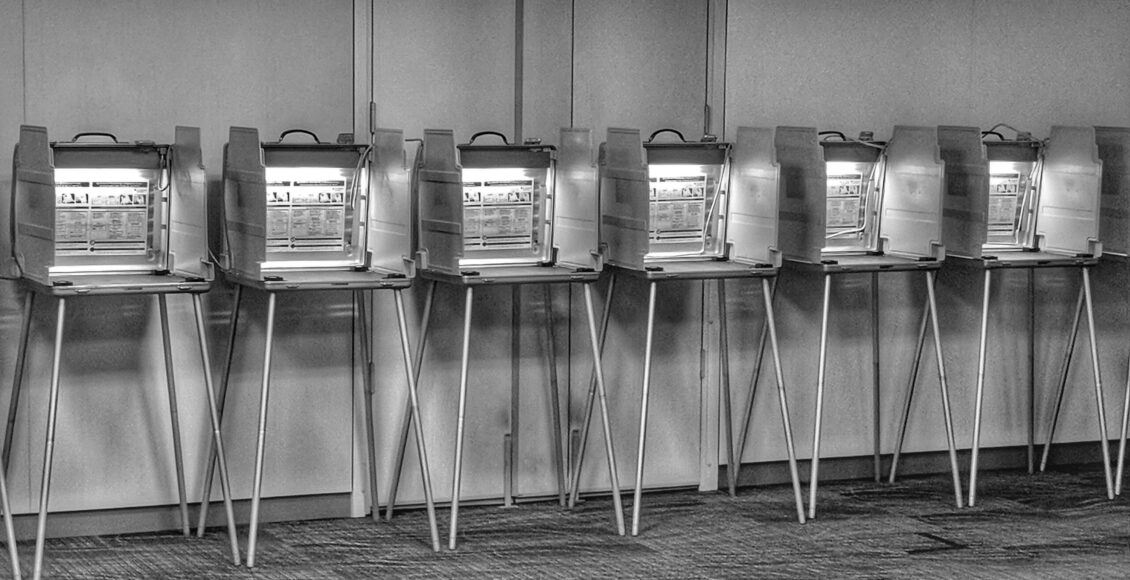 COVID-19 has raised concerns about various facets of our democracies and democratic processes, including the protection of individual liberties, as well as political and civic freedoms. Elections embody the right of citizens to choose their representatives, and governments should not use the current emergency and pandemic-related restrictions as an excuse to unduly extend expiring mandates.

Nonetheless, holding elections during COVID-19 is not a simple task. Restrictions can emerge as barriers for in-person voting, the participation of high-risk groups, electoral campaigns, and result in the suspension of the deployment of electoral observers. In addition, the health and safety of polling workers on election day is imperilled.

On a basic level, touching communal surfaces, such as shared pens and clipboards, may spread the virus. Elections must not become events that lead to new outbreaks. Yet, elections must not simply allow citizens to participate, they also need to enjoy a degree of political legitimacy that warrants the result’s acceptance.

Circumstances are constantly changing, and officials need to balance protecting public health with the democratic right to vote. While Italy, Bolivia or Ethiopia have postponed elections over fears of the virus spreading, others like South Korea, France, or several U.S. states have gone ahead with in-person elections despite such concerns.

Beyond allowing citizens to actually participate, elections need to benefit from a certain degree of trust and legitimacy that validates the result. Mail-in voting has rapidly become a highlighted alternative, but, as pointed out by MIT Professor Charles Stewart, large scale use of voting by mail magnifies the imperfections of the process and could potentially have effects on the overall outcome.

Furthermore, while the expansion of vote by mail is sometimes depicted as a potential solution, it is not without problems. Not only is mail-in voting sometimes politicized, rendering the solution undesirable, but it also doesn’t tailor to everyone’s needs — some will continue to have to vote in person because they require special assistance. Thus, governments will need to address three key aspects: voter access, voter turnout, and voter security.

Finally, the pandemic means university campuses are closed and it is harder to empower students with the information they need to register and vote. More generally, grassroots organizers cannot knock on doors and reach people not yet registered to vote. Additionally, the promotion of online voter registration means that marginalized communities without access to computers are left out, and democracy does not work when it leaves out people on the margins.

The Republic of Korea’s Parliamentary Election

In April, South Korea was among the first countries to hold a national vote since the pandemic began. South Korea held its parliamentary election with social distancing measures: voters stood at least one metre apart, had their temperature taken, disinfected their hands, and wore plastic gloves and face masks.

While the obvious fear was that less people would turn up at the polls, the National Assembly election’s turnout exceeded 66 per cent, the highest in 16 years. Around 26 per cent of the population cast their votes in advance, either in early polling stations set up in quarantine stations, or by post.

However, this impressive voter turnout does not mean that citizens did not face any hurdles. Those who had tested positive for COVID-19 were under strict instructions to vote only at certain times, at specifically designated polling stations, and were prohibited from using public transport. They could only use their own car or walk.

Nonetheless, South Korea seemingly organized a successful election in the age of COVID-19, where in the end the Democratic Party of Korea President Moon Jae-in won. Interestingly, South Korea has never postponed an election, including the presidential election of 1952 which went ahead despite the Korean War.

In contrast, Poland’s experience during their May presidential election was far less successful than that of South Korea. Poland held a bizarre “ghost election” where the vote was not officially cancelled, but polling stations stayed closed, leading to a record low turnout of 0% and lingering uncertainty about when a new election will be held.

The “ghost election” became the culmination of political battles between Poland’s opposition parties and the ruling right-wing Law and Justice Party (PiS), with PiS leaders insisting the vote should go ahead as planned. In early April, the PiS wished to change the electoral rules and organize the elections by postal voting only. However, voting only by post was considered unconstitutional by many, including Maciej Pach, a constitutional lawyer at Jagiellonian University in Krakow, seeing as changes to electoral law must be made at least six months in advance. In addition, international observers opposed the plan, arguing that the reforms were being pushed through too hastily. The mail-only vote was far from ready and such an election would have amounted to a power grab by PiS, a government that has been criticized for its approach to democracy and the rule of law.

In the end, after the call for a boycott of the election by nine former Polish presidents and prime ministers and mounting pressure, the leader of the PiS and the political party Agreement struck a deal to move the election, Nevertheless, this happened only a few days before the election was set to occur.

Had the election taken place, incumbent president Andrzej Duda, the PiS-aligned candidate, would have benefited from the ability to travel around the country, visit hospitals, and speak about the government’s actions to combat COVID-19. Opposition candidates, on the other hand, would have had to scramble to organize virtual press conferences and move their entire campaigns online. In general, campaigning in the midst of the pandemic raise problems, especially for lesser-known candidates who may face serious disadvantages. Thus, while elections may still be free, they may not be fair in terms of equal campaigning.

There is no set playbook for safe and fair elections during the COVID-19 crisis, but Poland’s experience offers some crucial lessons for other countries navigating these questions. Doing it right involves planning as early as possible and finding a way to set aside political partisanship in order to come up with a plan for voting that everyone believes is fair.

Another distinct experience of elections in the age of COVID-19 is that of France. Despite the global pandemic, the first round of French municipal elections took place on March 15. Polling stations were laid out so as to avoid physical contact, and staff wore masks and gloves to count the votes. But, despite the social distancing measures, concerns about COVID-19 meant that many voters preferred to stay away. In contrast with South Korea’s high turnout, the abstention rate increased sharply in France, from 36% during the last local elections in 2014 to 56% in March.

Although it may be politically consequential, the low voter turnout has no legal impact on the validity of the elections. Nevertheless, holding the election appeared contradictory in the midst of announcing the closure of all non-essential shops and businesses, including restaurants, museums and cinemas. In the meantime, the second round of voting has been delayed until June, throwing the validity of the election and accrued political momentum into doubt.

Accordingly, the French experience underlines that turnout concerns are not to be overlooked. It may be better to postpone an election rather than send mixed messages to citizens.

The COVID-19 pandemic is unfolding at a time when democracy is in decline. A key concern is that COVID-19 will further accentuate the democratic downturn, with authoritarianism sweeping across the globe like a pandemic.

In the Philippines, President Rodrigo Duterte has seized even greater power and threatened martial law-style enforcement of a month-long lockdown. And on March 30 2020, the Hungarian Parliament passed the Coronavirus Act, which grants Viktor Orbán’s government unprecedented emergency powers for an indefinite period of time. Consequently, it is apparent that the COVID-19 pandemic threatens the pattern of democracy in more ways than one.

While elections face significant challenges during the time of COVID-19, some of which are exposed in this article, it is of vital importance that they remain free and fair to ensure that democracy may outlive the crisis.

Featured image: The polls are open. Image by Mark Gunn. Licensed under CC BY 2.0.