Riot Gear: The Lie of Non-lethality 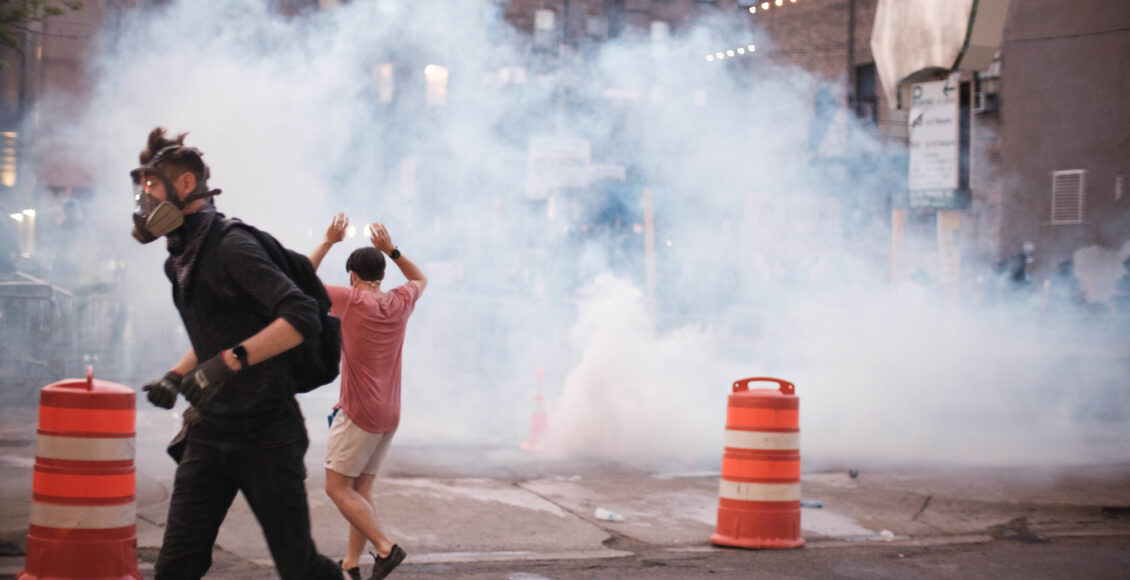 These past several weeks, thousands have gathered across the United States and beyond to protest the murder of George Floyd, Breonna Taylor, and countless other Black civilians who were killed by on-duty police officers in the U.S. Protests since Floyd’s death have increased in number and fervor, gathering momentum even under the threat of COVID-19. Despite a large focus of the movement specifically being the condemnation of police violence, US law enforcement in many places responded to protests with tactics that have been labeled “excessively forceful.” This includes the use of purportedly “nonlethal” riot gear, that in reality, is anything but.

The first rubber bullet was created by the British Army in the 1970s and 80s as a method of “nonlethal pacification” against Northern Ireland protestors during The Troubles. In one of its first usages against a crowd, a rubber bullet killed an 11-year-old boy after striking him in the head — the first of 17 deaths by rubber and plastic rounds during that conflict alone. As far as precedents go, these deaths set the objectively violent trend of “nonlethal” bullets for the rest of their history up to the present day. From Hong Kong to Georgia to France to India, Human Rights Watch has condemned government deployment of rubber bullets in crowd pacification against protestors for decades.

Though rubber bullets carry a documented fatality rate, other methods of forced crowd dispersal — tear gas, pepper spray, sting balls, and more — should not be discounted as harmless. Tear gas and pepper spray both directly target pain receptors, and can heavily impact respiratory systems to the point where individuals with asthma or other existing conditions can experience severe complications. In the midst of a viral pandemic that can compound respiratory illnesses, tear gas is even more of a threat. In fact, tear gas is actually banned from use in international warfare under the Geneva Convention, with the technicality of still being legal to use domestically for crowd dispersal in many countries. In more concrete terms, the United States government cannot legally use tear gas against its enemies — but the US president had canisters of the chemical fired at his own civilians for a photo opportunity.

Standard riot gear is touted as ‘nonlethal’. However, it is misleading to avoid the term ‘weapons’. They are weapons, and they are weapons that have been repeatedly overused against civilians exercising their constitutional right to gather and protest. It is difficult to calculate exact data surrounding the use of rubber bullets due to the fact that police are not required to report their own ammunition statistics for nonlethal arms, and the fact that protesters injured by rubber bullets do not always go to the hospital for treatment. However, documented deaths, injuries, and maimings still carry the point: there is no such thing as a nonlethal weapon in the hands of someone with an intent and excuse to kill.

To begin to address this threat, the United States needs to retire these weapons. Guns are for violence. Bullets are for killing, no matter the material. The history of documented risk in using nonlethal weapons means that those who continue to use them today simply do not care about the chance of killing their civilians. If the US government wants to preserve the constitutional right to gather and protest freely, then it must stop using weapons against its own people when they do.

Instead, deescalation in its many forms is a tactic that has worked: the nonviolent atmosphere of some Newark, New Jersey protests has been attributed to the decision to keep police officers out of riot gear and out of the spotlight throughout the march, as well as the deployment of community teams to seek out potential troublemakers. Though there were tense moments near the end of the march, when protestors met a line of riot-geared police in front of the city’s First Precinct, no escalation occurred. No shots were fired, no gas canisters released, and no injuries sustained from officers.

The events in Newark stand in stark contrast to that of other cities. The ongoing protests revolve around police violence, and widespread condemnation of its use to silence black voices. Targeting Black Lives Matter protesters with such aggressive tactics in this context is upholding that tradition of violence specifically as a form of discrimination. Other protests in the U.S. have not been met with nearly as harsh measures as the current movement. Last year, in the wake of the global climate change walkout, a staged protest in Washington, DC remained peaceful despite arrests for disrupting traffic, with protesters even stating “the police were pretty nice.” In 2017, it was reported that zero arrests were made at the Women’s March on Washington, and the sister march in New York of more than 400,000 protesters saw none of the willingness to use crowd dispersal tactics used these past few weeks. The discrepancy between the force police used for those protests as opposed to today’s marches points to an inherently defensive attitude towards the BLM movement that fosters excessively violent tactics.

That being said, it is irresponsible to claim that banning rubber bullets and other “nonlethal” weapons will end excessive police violence against these protestors, or at large. Nor will it cancel out the reasons that people are protesting in the first place, the racially-focused violence that contributes to the rate of black Americans’ death at the hands of police being more than twice as high as white Americans’. Prohibiting tear gas, rubber bullets, sting balls, and other weapons police commonly use against protesters is only taking away the means for violent suppression. It does nothing to address the willingness and context with which they are used.

However, examining and altering an entire system takes time. A culture that justifies the risk of killing civilians exercising their right to assembly will not vanish overnight. Meanwhile, protesters will continue to be in danger. A tangible and immediate action that can be taken is banning the use of this proven-lethal riot gear, and introducing civil protest protocols that do not pose a documented threat. To do otherwise, would be a demonstration of continued disregard for the lives of civilians.

The featured image by Dan Aasland is licensed for use under CC BY-SA 2.0.