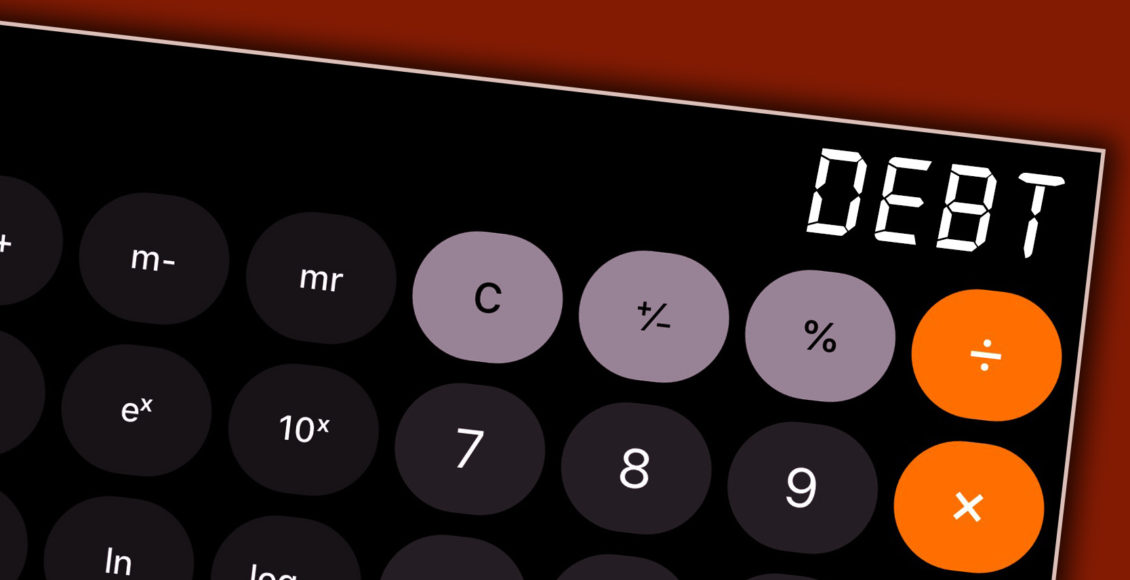 We are told to begin with an end in mind. Unfortunately, many Canadians seem to have forgotten the wise counsel when it comes to consumption. Household debt in Canada is rising, not just in absolute terms but also relative to disposable income—the income after tax available for consumption and savings. With the debt to disposable income ratio climbing to a record-high in the last quarter of 2018, Canadians must consider the implications and plan ahead.

The upward trend of household debt is largely attributed to consumer optimism in their financial abilities. Although optimism is healthy, it should not overwhelm the reality. Low interest rates for the past few years have given Canadians a false sense of security, encouraging them to borrow excessively and delay savings.While the level of debt has been an ongoing issue for Canada, the rate at which it is outpacing disposable income is a concern. To give some perspective, the debt to disposable income was 137 percent in 2006 and 178 percent today. The effects of indebtedness are catching up as Canadians are finding it more difficult to make ends meet.

The case of the debt crisis is a poor application of optimism on part of the consumers. However, to some extent they are victims of the Canadian economy. Where housing prices are high, debt is also high. With more than half of the outstanding debt coming from mortgage loans, the price of real estate plays a huge role in driving debt levels. Non-uniform pricing in the housing market means that some Canadians are more vulnerable to incurring debt than others. In particular, the cities of Vancouver and Toronto are hit hardest due to significant housing shortages, growing population and immigration, and increasing mortgage rates.

The positive correlation between housing prices and indebtedness levels is clear. While an average Canadian home cost $488 600 in 2018, it cost $569 900 in Toronto and $713 700 in Vancouver. Similarly, while the average household debt accounted for 66.7 percent of the overall outstanding debt, household debt was 88 percent in Vancouver and 79 percent in Toronto. It is not a surprise that in comparison with the national average debt to income ratio of 178 percent, the debt to income ratio is 242 percent in Vancouver and 208 percent in Toronto. In fact, Vancouver has recently earned the title of the of second most expensive city to live in the world.

Exorbitant levels of debt are a major headache for residents of Vancouver and Toronto. Students looking to rent and graduates who are prospective first-time buyers face great challenges in finding affordable housing. Even those turning to the rental market in hopes of a cooler market find little success as excess demand in the real estate market has driven home hunters to the rental market, subsequently inducing upward pressure on rent prices. Spending a larger portion of the budget on financing mortgage payments leaves less for consumption of other products, retirement savings, and funds in times of emergency.

Desperate times call for action, and the government of Canada has come forward. The 2016 Vacancy Tax of British Columbia enforced a 1 percent fee on a property’s assessed taxable value for empty properties. Similarly in 2017, the Ontario government enacted the Non-Resident Speculation Tax, which administered a 15 percent tax on purchases of properties by individuals who are not Canadian citizens or permanent residents. The aim is to lower housing prices by reducing the demand of foreigners and corporations in the Golden Horseshoe Region that surrounds Toronto.

In addition, the Bank of Canada raised the interest rate from 0.5 percent to 1.75 percent in 2017. Despite the hike, borrowing levels continued to rise. As with the implementation of any policy, there is a time lag that requires consumers to first recognize the change and then respond. Furthermore, the rate at which housing prices grew far exceeded the growth in interest rate. The central bank has raised the rate five times since 2017 and is currently contemplating another one, with Vancouver and Toronto as its prime targets. Higher interest rates reduces the attractiveness of taking out new loans, which discourages investment, eventually lowering debt in the long term. On the other hand, it increases the immediate burden of repayment as households must pay higher interest rates on outstanding loans. Higher interest rates should lower household debt levels in the long run as consumers are more disincentivized to borrow and to purchase durable goods.

Household debt levels are highest in Vancouver and Toronto, but that should not deter other Canadians from reflecting on their financial positions. While the current situation appears bleak, it is not hopeless. Ownership rates should decline with current housing prices. Active intervention by the government through the interest rate is also showing results as average housing prices have fallen since 2016. Certainly current debt levels are unsustainable. Overall demand and supply in Canada’s urban housing markets are not at the discretion of the individual. However, we can control our personal expenditures and learn how to prioritize them. We can hope that growing debt levels prompt households to evaluate their current financial situation, which is a vital step to lowering the current levels of borrowing in the Canadian economy. Sometimes it is during difficult times that we are compelled to reflect and find better alternatives, and that is not always a bad thing.

Jinghong is a U1 student currently pursuing a degree in Economics and Finance Joint Honors. She specializes in Economics, Asia Pacific, and Media & Culture. She loves singing and feeling happy.