The Road to Japan’s First Woman Leader Just Got Longer 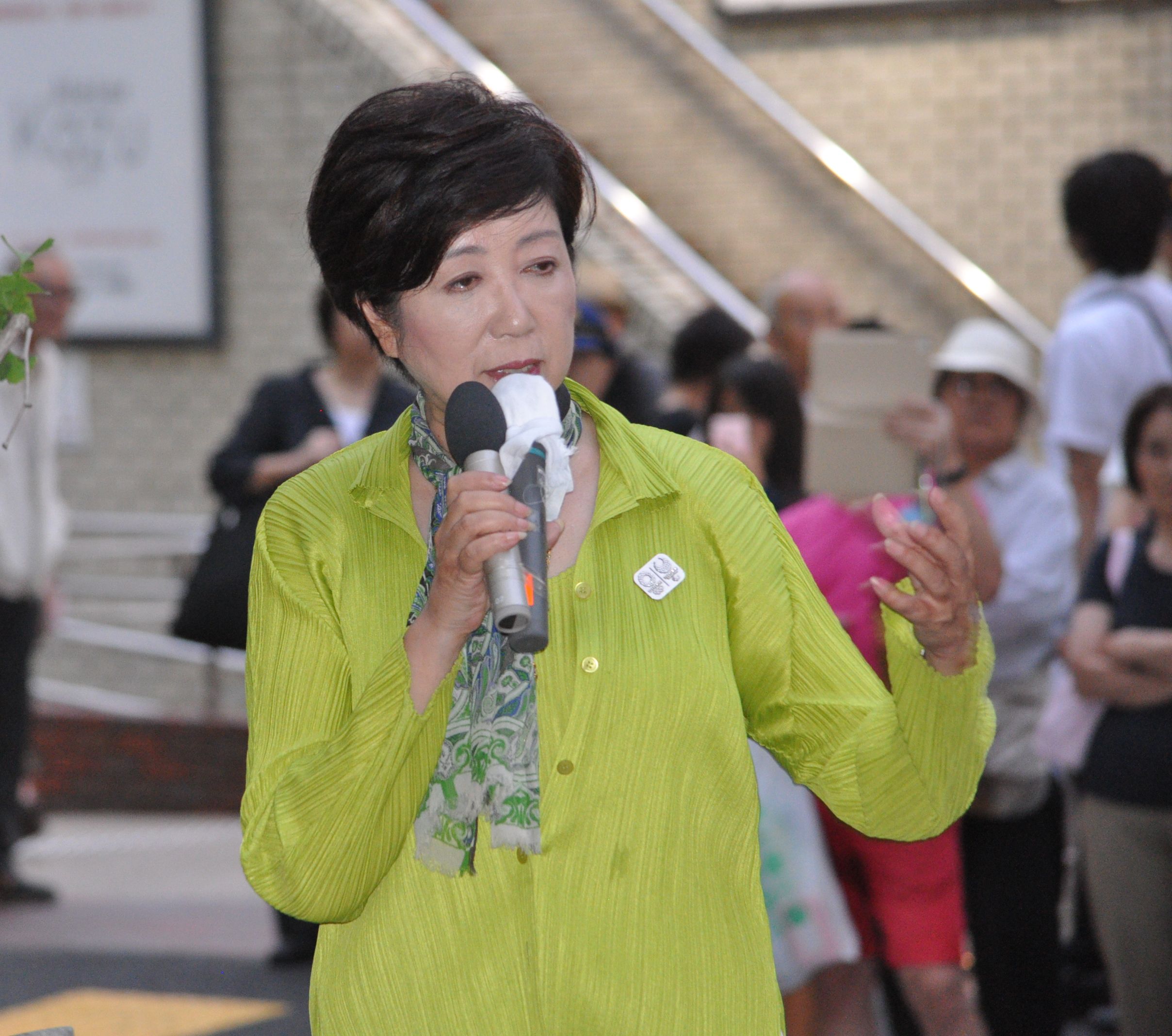 The world of Japanese politics, mundane on most days, was turned upside down last July when Yuriko Koike, a former cabinet minister from the ruling conservative Liberal Democratic Party (LDP), defected from her party and stood as an independent for Governor of Tokyo. As a response, the LDP put up a candidate against her, but Koike (pronounced KOY-keh) won the election, becoming the first woman to hold the post.

While questions like work-life balance and childcare are important in all economies, they are especially crucial in Japan. Japanese society’s inability to create an environment where women can realize their career ambitions while starting a family has had devastating effects on the country’s demography and economy. Yet, the country does not place enough enough emphasis on womens’ viewpoints.

Women make up less than 15% of Parliament’s lower house. Japan pats itself on the back when five women are appointed to Cabinet or when one in four elected Senators are women. Unsurprisingly, the nation’s position in international rankings of gender equality is abysmal; one list from 2016 put Japan at 111th place. Thus, every instance of a woman taking a job of national significance is worth noting, especially if she is rumoured to have prime-ministerial ambitions, as Koike is.

Days after Koike’s victory, Prime Minister Shinzō Abe appointed Tomomi Inada as Japan’s defense minister. She became the second woman to hold that position, after Koike. Abe had long treated Inada as a protégée, helping her through election campaigns and giving her increasingly important and visible posts. Her appointment to one of the nation’s top jobs seemed to confirm speculation that he was grooming her to be his successor. The Washington Post referred to her as “prime minister-in-waiting.” The following month, the Democrats, the main opposition party, held a leadership election in the wake of its fourth consecutive national-election mauling. In a race featuring three younger candidates, broadcast journalist-turned-cabinet minister Renhō was elected, becoming Leader of the Opposition.

Within a span of two months, all three women came one step closer to the Prime Minister’s chair by taking very different paths: moving up the ruling party, moving up the opposition party, and establishing a personal base of popularity.

A year later, the still-popular Koike set about conquering the Tokyo Assembly, which was still dominated by the “old boys’ club” of the LDP. For the Assembly elections held early July, she set up a new party and was determined to recruit a young, professionally diverse, and female-heavy slate of candidates (“female-heavy” by Japanese standards, however, was still far from gender-equal). In the campaign, Koike hammered away at the theme of renewal and of a cleaner, more transparent administration. Luckily for her, the LDP was embroiled in scandal at the moment. Abe himself was implicated in two separate influence-peddling scandals. Moreover, Inada came under fire for a statement in which she suggested the Self-Defense Forces endorsed a Tokyo Assembly candidate. In postwar Japan, the mere suggestion of military interference in politics was a line never to be crossed. Perhaps more infuriating for voters was the impression that Abe and the LDP did not take the allegations seriously and did little to address concerns. Koike’s argument that the LDP had become too comfortable in power significantly resonated. On polling day, Tokyo voters handed her allies a majority of seats, while the LDP plummeted to a historically low score.

Abe’s aura of invincibility disappeared as his approval ratings collapsed to the lowest levels since he took office in 2012. National media began breathlessly covering his party rivals’ every move. About two months ago, Abe was seen as having a good chance of remaining PM through the 2020 Olympics in Tokyo, but he is now expected to face a tough party leadership battle next fall. Soon after the election, Abe announced a Cabinet reshuffle, widely interpreted to involve Inada’s dismissal. For the past year, Abe had stood by her throughout her numerous obfuscations, misstatements, and blunders with the hope that she would mature over his remaining years in office. But with the Tokyo result, party colleagues saw that she was a liability, and Abe had less authority to resist them. Inada pre-empted the dismissal and resigned.

Meanwhile, Renhō’s Democratic Party is also in turmoil. Not only was the party incapable of capitalizing on widespread anti-LDP sentiment, it also lost seats. The party had already seen local candidates defect to Koike’s party, and others threatened to do the same at the national level. Some began wondering whether the party should dissolve and start anew. Given that Renhō is a representative from Tokyo who personally campaigned on behalf of party candidates, many claim that the defeat was her personal responsibility. On July 27th, she too resigned. In the grand scheme, Koike’s victory seems like a triumph for women in politics but ended up sinking more than one prominent woman’s political career.

Koike herself, however, is clearly a force to be reckoned with; the national capital is now essentially her personal domain. If she delivers on expectations and manages a competent, disciplined, scandal-free administration, whilst running the Olympics at a reasonable cost, the odds in a national election would be in her favour.

Yet, her term as governor ends just before the opening ceremony. If she wishes to personally preside over the Games, she would have to run for re-election for a term that runs through 2024. Unless she resigns midway through her term, 2024 is the earliest she could set her sights on national office. By this point she will be 72, at which point her claim to providing a fresh alternative to the LDP will have worn thin. Furthermore, the LDP will have long rid itself of Shinzō Abe and passed the torch to a new generation of leaders who could themselves credibly claim to represent change. For instance, Shinjiro Koizumi – son of popular reformist ex-PM Jun’ichiro Koizumi – is young, well-liked, and already in demand as a campaigner for LDP candidates across the country. He has been touted as a potential PM ever since he was elected to Parliament seven years ago, and has done little to attract criticism.

Additionally, the established opposition parties would be loath to rally behind such a nationalist leader. For these reasons, it is hard to see how Koike succeeds in a head-to-head battle against the LDP. There is no doubt that she wields considerable respect from national politicians and a base of personal support in Tokyo, which she may use to her advantage to extract concessions in backroom negotiations with the LDP. But Koike herself is unlikely to ever occupy the Prime Minister’s Office.

Beyond these three, the landscape is bleak for women in politics. Currently, there are only two female prefectural governors in addition to Koike, and two female members of Cabinet. However, this is not to say change is not happening. Abe has consistently put women in leadership at the top of his agenda (rhetorically, at least). The idea of women holding elected office while taking care of young children is rapidly normalizing, and the few women who are rising to national prominence will inspire others to run for office themselves. The Tokyo elections already saw the number of elected women candidates jump by 50% to 36, 17 of whom hitched their wagons to Koike’s star. Many of them are still young and have long careers in politics ahead of them. Koike may not make it to the nation’s top job herself, but she is leaving an important legacy.