Rolling the Dice on Development in Southeast Asia 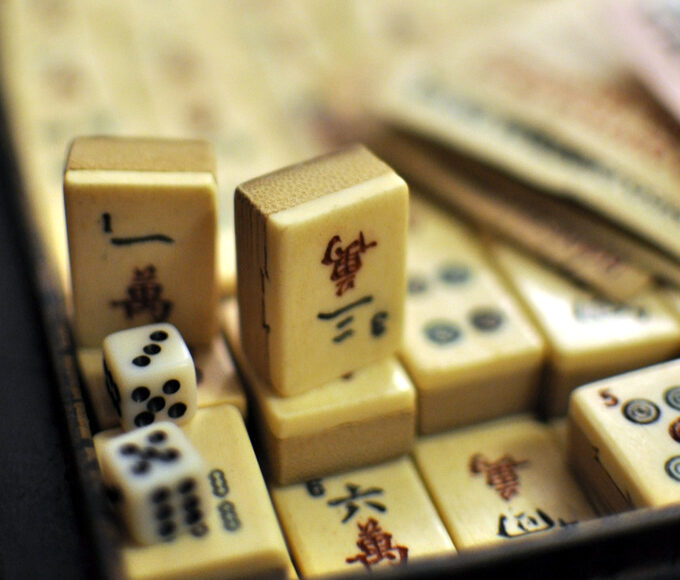 Though gambling has been illegal in the Chinese Mainland since the establishment of the Communist state in 1949, the Chinese have maintained a notorious appetite and reputation for gambling. With the rise of disposable incomes and options for gambling, Chinese players are crossing borders to get their fix. While Macau presents the natural, legal option, the flow of Chinese capital and entrepreneurs have given rise to glitzy Chinese casino enclaves in remote, developing regions of Southeast Asia. For these emerging economies seeking to bolster economic growth, the encouragement of casino activity and its shady underpinnings reinforces the notion that Chinese investment presents itself as both a saving grace and calculated risk. Beyond the flashy casinos, the bleak reality at the nexus of Chinese and Southeast Asian economic interests highlights that for these latter governments, investment in crooked development is a gamble they’re willing to take.

Recent patterns in Chinese foreign investment have been shaped by Beijing’s policies of “going out” and the Belt and Road Initiative (BRI). Extending China’s economic footprint outwards offers Beijing the opportunity to bolster its economic strength and influence, simultaneously fulfilling the state’s goals of doubling its GDP and achieving a “moderately prosperous society.” Accordingly, China has become one of the biggest investors in the Southeast Asian region. With the BRI, Southeast Asian countries and their local populations have been increasingly receptive to the economic growth that Chinese investment confers. In fact, Southeast Asia has long maintained complex, asymmetric economic relationships with the regional monolith. Throughout the last two decades, Chinese capital has been flowing along the Mekong river, concentrated into special economic zones (SEZ) such as the Golden Triangle SEZ and Sihanoukville SEZ.

However, while these spaces for investment are often viewed as modernist fantasies for national economic growth and possibilities for future worlds, they can also enable the state to integrate and regularize illicit revenue into the legal economy. Such is the case for the development of casino enclaves in the region. Taking after the massive financial success generated by the gaming sector in Macau, casinos are being increasingly perceived by the state and private actors as great assets to economic growth and development.

The Kings Romans, a Chinese-funded casino complex in the Ton Pheung district in Bokeo, provides the Laotian government with a  steady stream of cash from Chinese gamblers, 24/7. Having signed a 99-year lease in 2007, Kings Romans claims to have spent hundreds of millions of dollars on transforming the Laotian jungle into an oasis of luxury hotels, shops, and restaurants, among other uncharacteristic features. For the local communities, Laos’ casino-development has indeed brought some of the benefits of economic growth, with increased work opportunities, higher wages, and subsequently increased per capita income.

In actuality, these casino enclaves have prioritized neoliberal interests over those of local residents in Laos. In the typical land-grabbing fashion of the state, subsistence farming communities were forced to relocate in order to facilitate the construction of the Golden Triangle SEZ. Further, as labour follows where Chinese capital flows, the import of Chinese influence has disadvantaged local workers at the expense of outsourced, migrant Chinese labour. Lying even farther behind the glitzy facade of prosperity lies a darker reality to the casino-led development strategy. Much like Laos’ now-defunct Golden Boten City tourism hub, Kings Romans is shrouded in stories of murder, pirates, narcotics trade, wildlife, human, and sex trafficking. In 2018, the US Treasury imposed sanctions on the Kings Romans company to that effect, designating it as part of the Zhao Wei transnational criminal organization.

A similar case follows in Sihanoukville, Cambodia, which since its embrace of the BRI in 2013, has been a pivotal ground for the initiative’s infrastructure. Oft-described as a “sleepy beach city,” Sihanoukville has been transformed by the influx of renminbi into the Cambodian economy, as Chinese migrant workers, capitalists, and tourists have flocked to the city. Casino entrepreneurs have capitalized on Cambodia’s lax regulations on gambling and money-laundering in order to reel in foreign tourists, consequently giving rise to “imported crime.” In early 2018, then-governor of Sihanoukville Yun Min confessed that the increasing crime rate and insecurity in the province were due to the increase of Chinese mafia activity.

As tensions between locals and Chinese nationals deepen due to the casino-fuelled boom, local residents of Sihanoukville have made their attitudes clear. In addition to their grievances towards the rise in gang activity, displeasure has also been expressed towards Chinese labour, new Chinese businesses, and skyrocketing property prices, to name a few. With recent lockdown measures and crackdown on online gambling, the situation for locals has arguably deteriorated as the city’s boom has been pulled into bust. For Sihanoukville, the recent Chinese exodus exposes the shortcomings of investment dependency.

With regard to economic and political influence, as well as indirectly-funded corruption, China’s investment is, often justifiably, the subject of much scrutiny. Even so, can crooked development solely be attributed to Chinese economic ambition? Laos and Cambodia share quite a few commonalities; both are illiberal regimes with communist underpinnings and along with Myanmar and Brunei, they comprise the bottom rungs of ASEAN in terms of GDP. More remarkably, however, both Laos and Cambodia maintain clientelist relationships with China as their foreign patron. Bearing the brunt of low competitiveness and productivity, both states are embracing the economic benefits of Beijing’s soft power campaign as they aim to graduate from Least Developed Country status.

With these casino enclaves, bilateral relationships are key. As these Southeast Asian countries embrace the common economic interests underlying their relationship with Beijing, they too seek to capitalize on China’s growing presence in the region through the popular outbound demand for gambling. Indeed, with their increased receptivity to the lucrative gaming industry, both the Laotian and Cambodian governments have leveraged casinos towards their goals of economic development and poverty alleviation. For Cambodia, casino development occurred in tandem with the large-scale Chinese investment encouraged under the BRI. With the inflow of deep-pocketed, high-rolling Chinese, Sihanoukville became a site of crime and corruption.

The case of Laos, though similar, offers more nuance. While Laos’ casino SEZs lend strength to charges of China’s encroachment on national sovereignty, the fact of the matter is that enabling such a risky development strategy is a conscious gamble. Redirecting its reliance on foreign direct investment through its long deployment of the “turning land into capital” strategy, Laos’ embrace of its Chinese casino enclaves allows it to consolidate state power through its strengthened control over its territorial margins. Furthermore, it gives the Laotian state a stake in revenues from the regional opium economy.

Despite the converging interests between Southeast Asian countries and China, corruption is the last thing that Beijing wants on its record. While SEZ development and outward investment are priorities for the Chinese Communist Party (CCP), in an effort to preserve its international credibility and national security, President Xi’s anti-corruption campaign has extended offshore along the Mekong. With concerns about corrupt and illicit activity as well as the unregulated capital outflows of an estimated RMB1 trillion, the CCP has stepped up its crackdown on cross-border gambling. On August 26, the Ministry of Culture and Tourism announced that it would establish a blacklist for overseas gambling destinations. Though the economic impact of the new restrictions has yet to fully manifest, particularly with the pandemic, the effects, as mentioned, are already evident.

Thus, while it is natural to charge China for its asymmetric economic hold over emerging economies in Southeast Asia, between influence and development, the reality is that there is more common benefit lining capital flows than what can be perceived at first glance. For these reasons, it’s useful to transcend “weak state” notions and acknowledge that more often than not, states who opt for deep-pocketed casino development are making a conscious gamble for economic development.