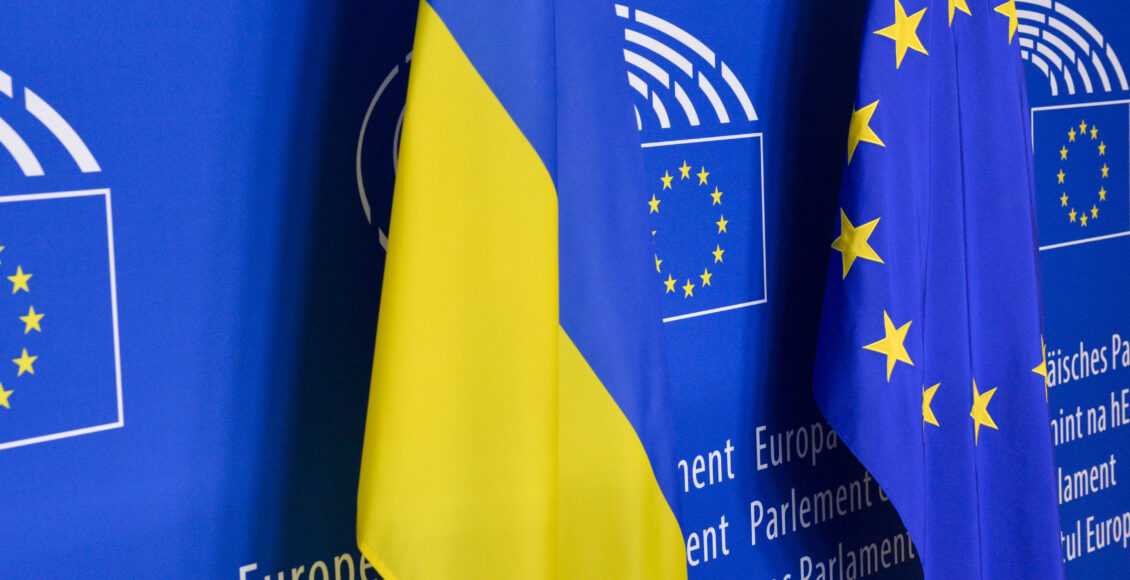 On February 24th, Russian President Vladimir Putin launched his “special military operation” against Ukraine, initiating a war that will have severe consequences on Ukraine, Europe, and the international community for years to come. It is the largest mobilization of forces that Europe has seen since 1945. Russia’s move against Ukraine, a former member of the Soviet Union, has increased concerns about the strength and security of the current international order. Other former Soviet countries in Eastern Europe that are now members of the North Atlantic Treaty Organization (NATO) and the European Union (EU), such as Lithuania and Estonia, may fear for their security.

Before invading, Putin touted the claim that the Ukrainian and Russian people were “one people” as a justification, implying that Ukraine and Russia are historically and spiritually the same country. Putin saw NATO’s expansion and Ukraine’s openness to join the alliance as a threat to this sentiment. Putin’s actions in defence of what he views as Russia’s extended territory have intensified in recent years. Indeed, as a sign of Russia’s intolerance of losing out to Western influence in the former Soviet republics, Putin invaded Georgia in 2008 and annexed the Ukrainian territory of Crimea in 2014. While many attribute the Ukraine crisis to pure Russian aggression, some realist scholars, such as John Mearsheimer, have pointed out that Western countries played an important role in setting the groundwork for the invasion and failing to deter Russia’s aggression. By establishing friendly relations with Ukraine and expanding NATO eastward, the West may have increased Putin’s motives for aggressive behaviour towards Ukraine, increasing the likelihood of war.

Despite making numerous threats and mobilizing some 150,000 troops along the Ukrainian border, Putin’s decision to invade Ukraine still came as a surprise to some who were unsure of the weight of his words. Yet, in making his threats publicly, it was unlikely that Putin would renege on his “promises” without risking a loss of legitimacy in front of Russia’s political elite and the rest of the domestic population. By publicly stating his intentions, Putin faced pressure to cling to his words and carry out the actions he said he would.

Many argue that the West should have seen the invasion coming over the years. Scholars like Mearsheimer have argued that, on account of NATO’s expansion and the West’s friendly relations, it was inevitable that Putin would perceive a threat and move to defend his sphere of influence. In fact, after Russia’s annexation of Crimea, Mearsheimer wrote that “the United States and its European allies share most of the responsibility for this crisis.” His statement raises a new question in today’s context: could Russia’s invasion and ensuing war in Ukraine have been avoided if the West had effectively countered Putin’s aggressive behaviour in 2014?

The Kremlin claims that in the 1990s, the West made assurances that NATO would not expand further eastward. Yet, these were not honoured; over the years, the alliance has expanded all the way up to Russia’s borders. Throughout this, Russia expressed its discontent, yet the West failed to take these cautions seriously, behaving in ways that only served to increase tensions. For example, in 2008, NATO declared that Georgia and Ukraine would become members one day, leading eventually to the invasion of Georgia in 2008 and the annexation of Crimea in 2014. The West failed to deter Russia’s aggression then, and it is failing now. 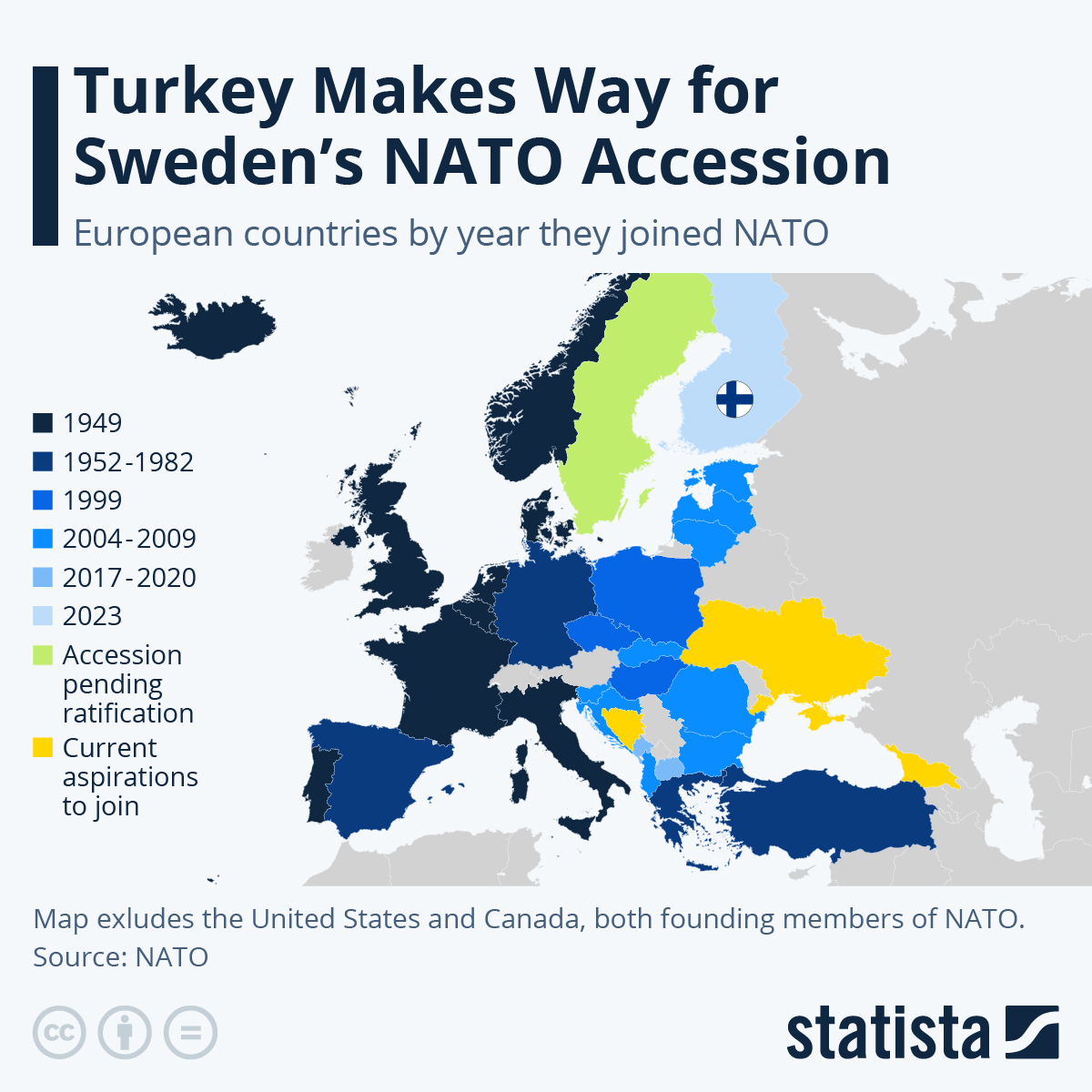 “How NATO Expanded Eastwards” by Statista, licensed under (CC BY-ND 4.0)

Some speculate that if the West had worked on improving its relations with Russia, rather than only treating it as an adversary, there would be decreased tension today between the West and the Kremlin. Regarding Ukraine, Western countries could have explored the option of making Ukraine a neutral buffer zone between NATO and Russia, leading to a sovereign Ukraine that is not pro-Russia and anti-NATO. This idea would probably have been rejected by Ukraine and Russia, as the former wishes to join NATO and the latter wants to have control over Ukraine. Regardless, Ukrainian citizens should have had a say in what kind of Ukraine they envisioned. The West could have engaged in more conversations with both Putin and Ukraine to find a “juste milieu” to this issue. However, this is not to say that the invasion and current war could have been avoided by virtue of diplomatic conversations alone. Other factors, such as the Kremlin’s loss of influence over Ukraine over the years and Putin’s increasing isolation as a leader, may have been enough to cause this crisis.

For years, there have been talks regarding Ukraine potentially joining NATO. However, Western countries had no interest in going to war with Russia over Ukraine’s Donbas region, so any Ukrainian bid to join NATO would likely have been rejected. Furthermore, Ukraine did not meet all of the criteria to become a member nation, as it needed to implement both anti-corruption and democratic reforms first. Nevertheless, because NATO had not officially refused Ukraine’s membership, Ukraine might have remained hopeful that it would be backed by the West if it were to stand up against Russia. Yet, while European countries and the US sent military aid and weapons, Ukraine remains fighting Russia on its own and is left to endure the consequences of war alone.

The West may have failed to deter Russia’s aggression against Ukraine, but Western countries have been taking measures to try to stop Putin and end the current war. Western countries have not been able to directly intervene in Ukraine without risking global escalation of the conflict. Still, they have imposed unprecedented economic sanctions, such as blocking the assets of leading Russian banks from the SWIFT system – a network used by most financial institutions to send secure messages about transactions. More recently, the EU adopted the fourth package of sanctions against Russia to increase the economic pressure on the Kremlin to cripple its ability to finance its invasion of Ukraine. The EU has also financed the purchase and delivery of weapons (worth 500 million euros) to a country under attack for the first time. To do so, the EU used the European Peace Facility (EPF), an off-budget instrument established in March 2021, to enhance the union’s ability to support military actions.

Many see the war in Ukraine as an indication of the West’s failure to deter Russian aggression. Western powers have increased the Kremlin’s discontent and aggressiveness by expanding NATO eastward and building friendly relations with Ukraine. From the Kremlin’s perspective, the West has been undermining its sovereignty for years by pulling former Soviet countries, particularly Ukraine, from their influence. Yet, despite NATO’s expansion, Ukraine has still not been admitted and is faced with fighting Russia on its own — despite the support shown by the West in the form of aid and weapons.