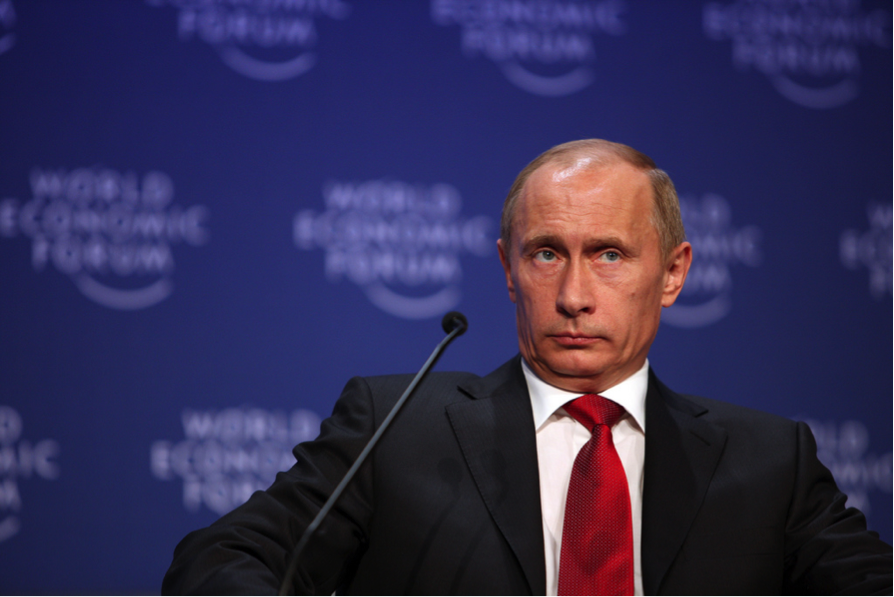 What has happened to Russian foreign policy? As this question resonates throughout the West, the Kremlin has been supporting a conflict in Ukraine, has defacto annexed Crimea, has sent submarines into Swedish waters, and has recently flown nuclear capable bombers into British airspace. This string of events, reminiscent of the Cold War, falls into a greater pattern of probing and provocation that includes “a big increase in the number of close encounters involving Russian aircraft and naval vessels, snap exercises by Russian forces close to NATO’s northern and eastern borders,” and a four-fold increase in Russian incursions into NATO airspace.[1]

Yet the historical core of the Russian polity is limited to the region of the medieval Grand Principality of Muscovy.[2] This region, like the rest of Russia, can also be characterized by its lack of defensibility. Unlike most countries, the core of the Russian state is not protected by any mountain chains, rivers, oceans, seas, or any other geographical barriers. Instead, Russia has long counted on its sheer size and hostile climate to slow down and abrade invasions from Eastern hordes and Western empires.

From the 15th to the 18th century, Russia undertook a large expansion aimed at anchoring itself between truly defensible borders. Russia conquered north up to the Arctic, south down to the Caucasus Mountains, west until she hit the Black Sea and the Carpathian Mountains, and east up to the Urals and beyond.[3] These vast swaths of conquered land gave birth to a new defensive strategy: buffer zones aimed at separating the core of the Russian state from foreign aggressors. Nevertheless, buffers contained a poison pill.[4] Foreign threats such as the Balts, Cossacks, and Tatars, soon became internal threats.

The necessity both to dominate and to feed these conquered minorities gave rise to two important aspects of the Russian state: its centralization – both economic and political – and its focus on internal security. Without these aspects, Russia would have been crippled by its minority uprisings, nationalist movements, peasant revolts, and urban famines.

Therefore, Russia’s real geopolitical challenge has not been its expansion but instead the consolidation of its disparate empire home to over 180 different ethnic groups. This in turn explains Russia’s long history of totalitarianism that began with Ivan the Terrible’s Tsardom and continued with Peter the Great’s autocratic empire and later with the authoritarian Soviet Union.

This pattern has continued up to this day. Just as “there are no ex-KGB officers,” there are also no ex-imperial powers[5]. Nevertheless, since the collapse of the Soviet Union in 1991, Russia has not achieved its geopolitical goals. On the contrary, it has retreated from them.[6] Russia no longer controls the entirety of the Caucasus, the Baltic States have established their independence and have entered NATO, Ukraine has been trying to shift to the West, and support for the Kremlin amongst its remaining allies is wavering.

Belarus, for example, has long been considered the last dictatorship in Europe. Today, according to Andrew Wilson’s Foreign Affairs article, Lukashenko is walking away from Russia and towards the EU:[7] he has not recognized the independence of the Russian-dominated statelets of Abkhazia and South Ossetia;[8] he has also engaged in talks with NATO and has hosted the Ukraine peace talks.

Just south of Belarus, in Ukraine, we must see the ongoing conflict as a Russian attempt to revive its buffer belt that ranged from the Caspian to the Baltic Sea. Putin is in a strong position in Ukraine because “Ukraine simply matters to him more than it matters to the United States or even to Europe, and it matters more to him because of geography.”[9]

A fully-fledged invasion of Ukraine would be political suicide for Putin, but the creation of a Russian puppet state of Novorossiya, similar to Abkhazia and Transdniestria, could be used to coerce Ukraine into staying out of the EU and NATO,[10] cementing Russia’s sphere of influence in Eastern Europe and reviving the old buffer belt. This is not a new tactic for Putin, who is now used to heating up ‘frozen conflicts’ and supporting pro-Russian separatists movements which “giv[e] a lever of pressure to Russia to reclaim its influence over the post-soviet states.”[11]

Incidentally, Putin would be uniting his population and consolidating his domestic support by providing the Russian people with a banner to rally under while diverting attention away from corruption scandals, a stagnating economy, low oil prices, and demographic problems.

At the same time, the Kremlin is using “anti-establishment political parties, disgruntled minority groups, media outlets [such as RT], environmental activists, supporters in business, and propagandist ‘think tanks’, to expand Russia’s sphere of influence throughout Europe while destabilizing the EU and NATO. Indeed, Putin is engaging with and supporting populist fringe political parties, both far-right and far-left: the Syriza party in Greece, attack in Bulgaria, Podemos in Spain, Jobbik in Hungary, the UK Independence Party, and the FN in France that accepted a $10m loan from a bank with strong ties to the Kremlin.[12]

All in all, Putin is not acting out of folly or paranoia, and is not trying to revive the Soviet Union either. Instead, he is attempting to strengthen the vertical power that binds the periphery to the core of the Russian state by engaging in geopolitics. According to the Austrian-American political scientist Robert Strausz-Hupe, “if liberal powers do not engage in geopolitics, they will only leave the playing field to their enemies who do.”[13]

Leo Forder is a recent graduate from McGill University, where he majored in Political Science and minored in both History and Management. Leo’s research interests include international security, arms trade, the defense sector, and armed conflicts. Leo plans to pursue a Masters degree in Security and Strategic Studies in order to work in either diplomacy or political risk analysis.