Russia’s Newest Satellite State May Be Farther Than Usual 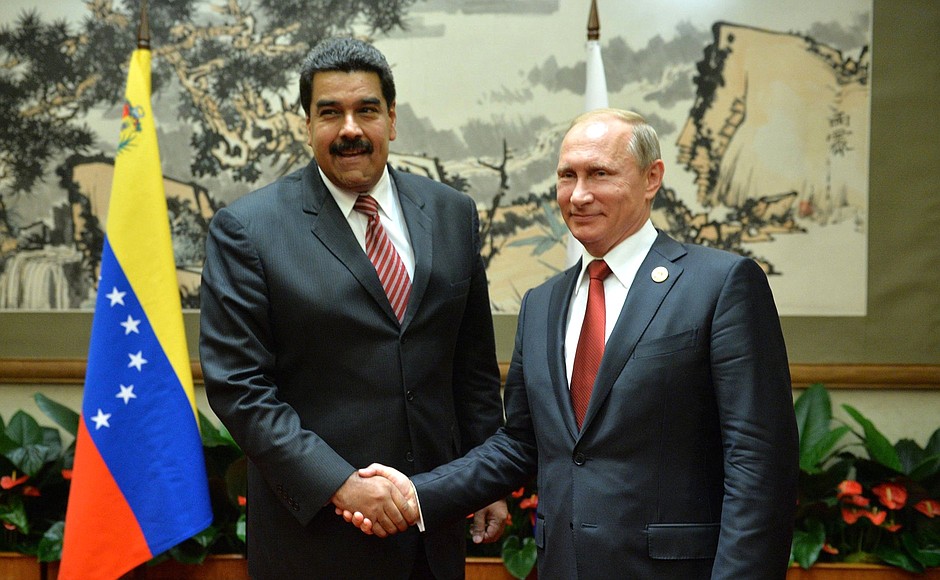 In the post-World War II era, Europe was divided by what Winston Churchill proclaimed as an “iron curtain,” a barrier between the West and the East, one safeguarded by the capital West and the other ‘captured’ by the communist Soviet Union. These so called satellite states, ranging from Eastern Germany to Mongolia, while not directly under the rule of the Soviet Union, were tied to the USSR with such political, cultural, and social bravado that they are often considered empirical entities, owned by Russia. When Russia passed new legislation, these states followed suite. When Russia banned an item, these nations did as well. However, these imperial holdings soon evaporated with the fall of the Soviet Union in 1991 under Mikhail S. Gorbachev, leaving Russia, a once colonially massive area, with many fewer subjects to dictate.

To remedy this loss of colonial territory, it seems that in modern politics, Russia has once again been reaching towards spheres of influence in various countries. Their annexation of Crimea in 2014, for example, was seen as a dramatic instance of this. More subtly, Russia has been seen cuddling up towards many other countries, such as Syria and Ethiopia. What is unique here is that this points to Russia not looking towards countries that are in their territorial reach, such as the former Afghanistan or Poland, but rather looking towards a global network of allies. Most recently it seems, this global network has landed in Latin America. With a strong tradition of Caribbean alliances in the region, such as those with Cuba and Grenada, it seems that President Vladimir Putin has set his eyes on South America, courting Venezuela next.

How has Russia done this? They have utilized Venezuela’s economic need. Venezuela’s major issue right now is their economy, battling hyperinflation and intense shortages. However, taking a deeper analysis of the economy it is clear that one thing which must change is the issue of diversification; as Venezuela stacked all their metaphorical eggs into the oil basket, industries like mining and alternative industry have become severely underdeveloped. Hoping to remedy this, President Nicolas Maduro has attempted to diversify the economy to much avail: it is hard to build up industry with no resources to do so.

That is where Russia has played a big role. They have provided favourable loans to Venezuela to build up domestic industries. These loans have been so favourable because they aren’t in traditional currency. They are in oil. To clarify the metaphor, the loans aren’t in oil. The interest rate that Venezuela pays on them is. With an intensely industrialized oil industry, Venezuela is able to reliably trade with Russia. What would Russia, with already sizeable oil reserves, want with Venezuelan oil? More wealth. Russia has exported a large portion of Venezuelan oil, making it 13% of their oil exports. With this increase in oil, which many desperate states desire, Russia is further able to trailblaze into other nations by establishing significant economic ties utilizing Venezuelan goods.

The ties between Russia and Venezuela don’t end economically either. Venezuela, which has upheld a leftist regime for decades now, has long revered the former communist USSR, and has looked up to Russia because of it. In fact, they are one of the few nations to celebrate the October Revolution. Former president Hugo Chavez and Putin have held a substantive friendship over the years, and Chavez’s party, the United Socialist Party of Venezuela, has declared itself “the people of the Bolsheviks.”

However, this exact connection is why Venezuela is such a precarious ally for Russia. While Venezuela may seem like an ideal candidate due to their alienation from the West, especially America, this sweeping statement only applies to the government itself, ignoring the huge majority who protests Maduro’s regime. If Maduro were to lose power, which appears increasingly likely due to the number of protests Caracas experiences every day, Russia’s investment into Venezuela may just prove to be a bust. One major platform for opposition support seems to be divesting from Russian ties. Thus, for Russia, it seems that this alliance may require much more than one or two loans. It may mean an entire overhaul of a hostile population. The question stands, however: did Putin sign up for all of that?