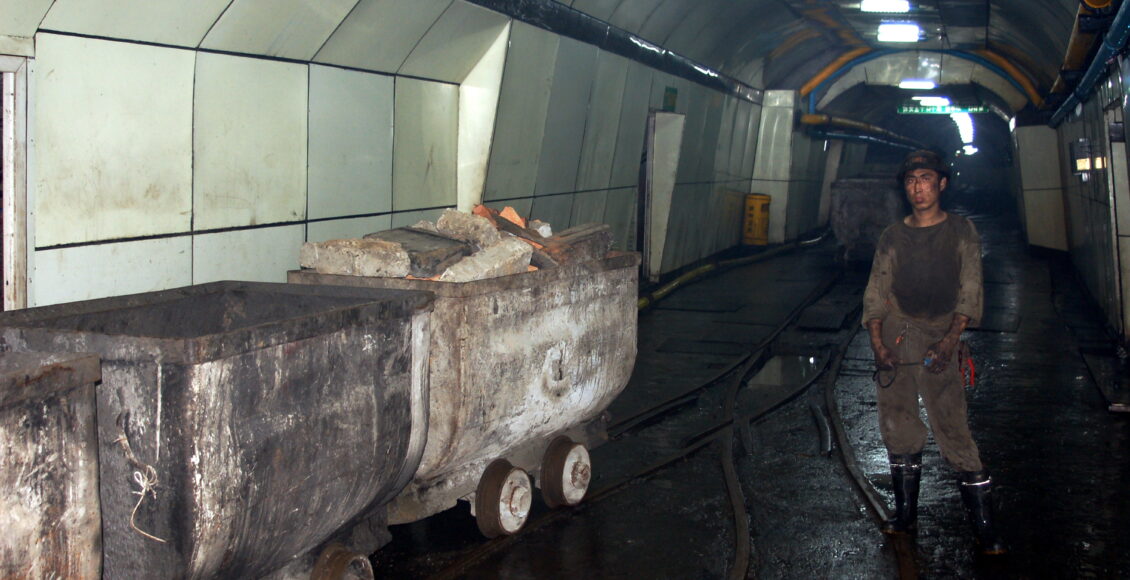 In late February, fourteen workers died after a coal mine collapsed in China, trapping them. Among the world’s deadliest, coal mines in China are reminiscent of an age gone by, with much of the globe recognizing the wide-ranging harmful impacts of producing and consuming fossil fuels. Yet, China’s dependence on and high coal production signals a disconnect with this awareness. This disconnect mirrors the policies of the other major fossil fuel producers and consumers, including the United States, India, and Japan, who, along with China, refused to sign onto a coal phaseout pledge at the 2021 COP26 Climate Conference. The continued production and usage of coal make improvements in industry-related human rights and energy security impossible. The coal miners’ deaths and China’s weak energy security are symptoms of an issue that may begin to affect the other major producers and consumers.

Despite various countries around the world making pledges to combat climate change and transition to clean energy, China doesn’t seem to agree — or at least refuses to acknowledge the critical impact its coal sector has on the environment. Instead, it has expanded production, generating 220 million metric tonnes a year of extra coal, a nearly six per cent rise from last year. The country already mines and burns more coal than the rest of the world combined, and it isn’t predicted to slow down, either. Expectations are high that China needs even more coal to fuel its economic recovery, slowed down by its “no-tolerance” policy towards COVID-19, renewed outbreaks, and a worsening real-estate crisis.

What’s more, recent increases in the price of coal due to an export ban on coal from Indonesia illustrate the volatility of the energy source in terms of energy security. China had been importing coal from Indonesia to keep up with domestic demand, which the export ban threatened its ability to meet. Given the heightened attention placed on environmental regulation policies, countries can no longer outsource their demand to other coal-producing countries, explaining in part China’s increased production. In fact, three new mines were approved on February 21, requiring a total investment of $3.8 billion USD and producing a staggering 19 million tonnes of coal per year.

With the recent COP26 discussions earlier this fall, it may surprise many that China has decided to ramp up its production and usage of a material that has significant negative effects on the environment. After all, China and the United States agreed to work together to achieve the 1.5°C temperature target, which would require emissions cuts, transitions to clean energy, and de-carbonization. Yet, even this was only achieved after intense discussion, with the absolute refusal of China to “phase out” the use of coal, instead finally adopting the phrase “phase down” as an alternative. “Carbon peak and carbon neutrality cannot be realized overnight,” Xi Jinping stated in a speech at the World Economic Forum.

In addition to its environmental impact, coal as an industry poses numerous issues related to both safety and human rights. Chinese coal mines, specifically, are known to be some of the world’s deadliest, with poor safety standards and frequently suffering from explosions and gas leaks. Recent findings from the National Mine Safety Administration showed that some mining companies still have “weak safety development concepts, inadequate learning from accidents, inadequate investigation and management of potential safety risks, and weak basic safety management.”

The aforementioned environmental degradation and pollution issues also have immediate impacts on communities. In mining areas, the industry has polluted water supplies and radically transformed the landscape by littering the ground with toxic gangue — the worthless material from which ore is mined. The toxic smoke from burning coal is well known to cause health problems, with the true severity of the impact becoming increasingly understood as scientists continue to learn more about its effects. In 2015, researchers at Berkeley Earth, an environmental research organization, found air pollution contributed to 1.6 million premature deaths per year.

Energy security is another risk plaguing China’s economy. Such a high reliance on coal creates an inability to cope with inevitable fluctuations in supply and shortages. Faced with doubling coal prices last September, “Blackouts followed as China’s [utility companies] ran flat out to meet strong demand.” Environmental phenomena, including heavy rains and flooding earlier in the year, also hindered China’s ability to mine more to keep up with demand. Put together, the two create a situation whereby the country’s energy grid is highly vulnerable and insecure.

So, is there a solution? Models and analyses show that a coal phaseout is unlikely in China, and the country’s refusal to adopt terminology pledging a phaseout at the COP26 summit signals the same. For such commitment to occur, coal-related industries and the general public must benefit from decreased consumption and production. Focusing on other key issues, such as coal use efficiency, implementing carbon capture and storage facilities, and significant investment in renewable energy, is critical. Without improving in these respects and implementing such technologies in the energy industry, phaseout policies will be impossible in the future. Unfortunately, China has not yet moved to take these measures.

Although researchers at the Chinese Taiyuan University of Technology conclude that coal is still a source of stable economic and social development for the country, evidence and case studies of phaseouts in other contexts also show positive results. For example, a study done in Germany shows that emissions standards are achievable without immediately eliminating coal entirely and that governments could externalize and redistribute the costs of green energy transformation among other industries. In Canada, employment in a growing renewable energy sector is predicted to outpace coal industry job loss. A full transition away from coal would definitively guarantee industry workers’ safety, but a phaseout simply isn’t a commitment China is willing to make at this time.

The German researchers recommend a “smooth and mature transition plan” away from coal instead of a full-fledged phaseout policy. China’s commitment to “phasing down” on the use of coal seems like one at first glance. Yet, the approval of new mines raises questions regarding the government’s true commitment to even this more limited goal. A complete commitment to phasing out coal by China would immediately and drastically increase mine safety, lowering the risk of incidents like the recent collapse, improve energy security, and safeguard the general population and environment. But at this time, it doesn’t make sense for the government to place all of their bets on renewable energy if there is still steady growth through coal, nor is it foremost in their policy agenda to fully follow through on the phase down declaration.

At the moment, government models and policies do not consider the “externalities” that are the environmental and safety impacts of the coal industry. And until China invests in alternative energy projects and incorporates emissions-reducing technologies, this inconsideration will remain.