Saint Helena: Containing COVID-19 at the price of development 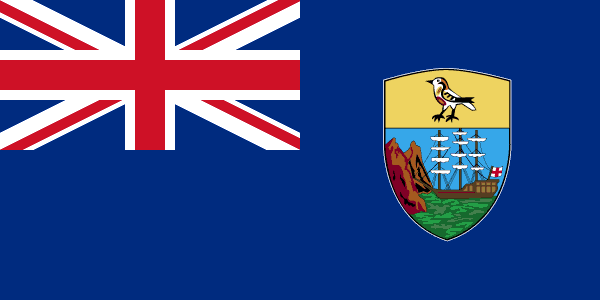 COVID-19 has devastated the global travel industry, hitting tourism-reliant economies the hardest. One such affected place is Saint Helena, a British Overseas Territory in the South Atlantic Ocean, roughly 1,950 kilometres off the south-west coast of Africa. The remote island is most famous for serving as Napoleon Bonaparte’s prison after his final defeat in 1815 up until his death in 1821. The island’s isolation, however, largely ended with the construction of Saint Helena Airport in 2016, which was built as part of a plan by the Saint Helena and United Kingdom (UK) governments to open up the island and develop its tourism sector. However, Saint Helena has been forced back into isolation to prevent the COVID-19 pandemic from reaching its shores. The cost of containing COVID-19 was the collapse of the island’s tourism sector, which was meant to drive its economic development.

Historically, Saint Helena’s only regular link with the outside world has been its own dedicated cargo-passenger ship, the Royal Mail Ship (RMS) St Helena. It sailed to and from Cape Town in South Africa between 1990 and 2018, with voyages lasting around five days. However, several issues soon became prevalent, such as occasional delays caused by sea conditions or technical problems, leading to supply shortages on the island. In addition, very few travellers were willing to journey for such long periods to reach Saint Helena, meaning the tourism sector remained underdeveloped.

The Saint Helena and UK governments decided to replace the ship with an airport to attract tourists, and a new cargo ship, the MV St Helena, for heavy freight. This decision was part of the island’s tourism strategy, which has focused on attracting wealthy tourists and those interested in the island’s history and unique biodiversity. Saint Helena has a higher number of endemic species than the UK and the other 13 Overseas Territories combined. The government hoped to attract 30,000 tourists a year within 15 years of the airport opening, calculating that this number would allow the island to achieve economic self-sufficiency.

The airport was completed in 2016, but large passenger planes were unable to land safely due to sudden changeable strong winds known as wind shear. This meant the airport was unable to open for commercial operations and led to it being dubbed “The World’s Most Useless Airport” in the UK media. However, it eventually became operational in 2017, after it was found that smaller passenger planes could safely land. A weekly flight was established between Saint Helena and Johannesburg, South Africa with a stop-over in Namibia.

South Africa, the main travel hub from which to reach the island, confirmed its first COVID-19 case on March 5, 2020, prompting Saint Helena’s government to form the Incident Executive Group (IEG) to coordinate its pandemic response. However, it was private businesses and organizations that took the lead in fighting the virus, with many initiating a voluntary lockdown during the week of March 16.

On March 19, the IEG ordered the introduction of social distancing on the island. It also closed the border to foreign nationals and mandated that all arrivals self-isolate for 14 days, although the weekly flight to South Africa continued. However, the public preferred the complete suspension of flights, in order to best defend the island against COVID-19. There were also concerns about the Health Directorate’s ability to deal with an outbreak, as it had no testing capacity and the island’s hospital had just two ventilators.

The IEG announced there was a suspected case of COVID-19 on the island on March 27. In response, on March 31, enhanced social distancing was introduced due to fears about possible undetected cases. Under these rules, large gatherings were discouraged and at-risk groups advised to shield themselves at home. The affected person later tested negative and enhanced social distancing was ended on April 14.

The island’s medical capabilities received a significant boost on April 21, when a flight bringing personal protective equipment, tests, and other medical supplies arrived from the UK. However, social distancing was not suspended until June 26, when the IEG was confident that the border was secured and the necessary medical infrastructure to deal with an outbreak was in place.

Most of the island’s supplies are delivered by the MV St Helena, and there are ongoing concerns about the ship’s ability to continue to operate during the pandemic, particularly if the situation continues to worsen in South Africa. In the event of a worst case scenario, the Legislative Council has granted the Governor the emergency powers to implement rationing, although the MV Helena is currently operating normally.

The Future of the Tourism and Development

On June 24, the IEG decided to lift the ban on foreign nationals entering Saint Helena. However, these measures will do little to help the devastated tourism sector, given that flights are still suspended. International flights from South Africa are unlikely to resume until the pandemic there has been contained. Two flights from the UK bringing medical supplies and carrying out repatriations have landed on the island, pointing to the viability of a possible air-link between Saint Helena and the UK — a significantly easier route for potential tourists. However, this route is unlikely to develop anytime soon due the risk of a second COVID-19 wave in the UK.

The bicentennial anniversary of Napoleon’s death will happen in 2021, and there are aspirations that tourists will be able to attend celebrations on the island, though this remains contingent on the COVID-19 situation. The Saint Helena government is currently preparing a tourism recovery strategy, which will likely include an international publicity campaign and the development of further tourism infrastructure for the island. Hopefully, Saint Helena will be able to tap into pent-up demand for foreign holidays in the post-COVID era and the international curiosity that the island has attracted due to its pandemic-free status.

The airport was supposed to open Saint Helena up to the world and kick-start its economic development. But both these goals were stymied by the COVID-19 pandemic, which forced the island to retreat back into isolation and devastated its tourism sector. COVID-19 has also shown that Saint Helena remains deeply dependent on South Africa for its links to the outside world. However, Saint Helena’s isolation and swift action helped prevent it from enduring a potentially damaging outbreak.

When the island opened up to travellers in 2017, its ability to attract tourists was hindered by the failure of its airport to open on time. Saint Helena should take advantage of the current period to prepare its tourism sector for the post-pandemic era. Perhaps, with its current positive success story against the virus, coupled with its history and unique biodiversity, the island’s second attempt to open up to tourists will succeed, and it will secure the economic development that it needs.