Saudi Arabia and the Plight of the Arms Trade Treaty 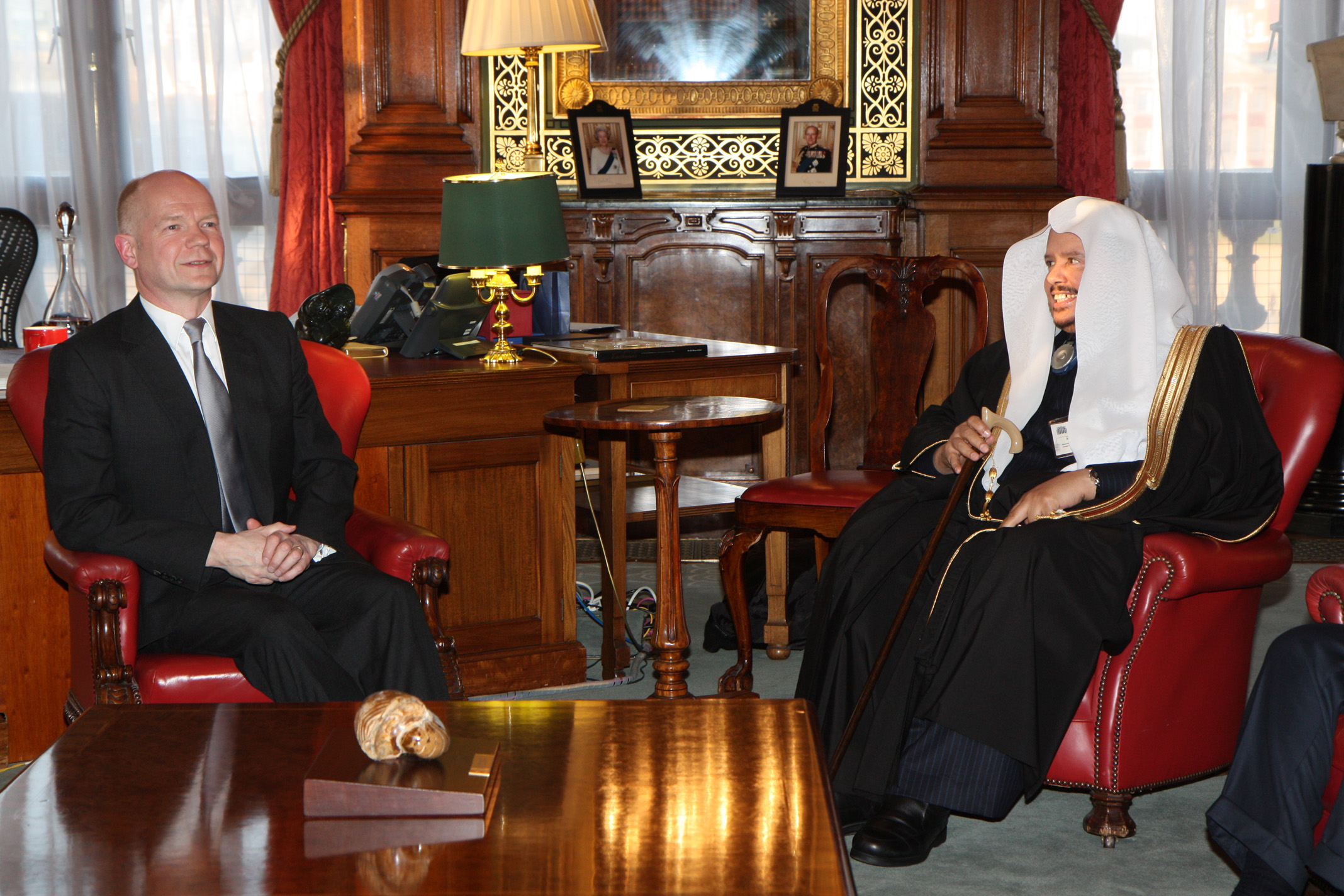 Coalition airstrikes lead by Saudi Arabia in support of deposed President Hadi against Houthi rebels have caused an estimated 3,800 civilian deaths in Yemen in since March 2015. According to publicly available data, Saudi efforts received substantial military and arms support, amounting to more than $25 billion in announced arms sales, from signatories and members of the Arms Trade Treaty (ATT) in 2015. Adopted by the UN in 2013, the Arms Trade Treaty marked the first legally binding international agreement to regulate the trade in conventional weapons and created a set of normative guidelines for states engaging in arms transfers. Support given to Saudi Arabian presence in Yemen through arms trade is a flagrant violation of the ATT by State Parties such as France, Germany, Sweden, the UK, the US and Turkey, posing a deep challenge to international law. Moreover, the involvement of these states highlights the bleak alternative to international oversight offered by the ATT. For 2017 to be better than 2016 in terms of violence against civilian populations, there must be increased effort to combat mass trade in arms, the vehicles of conflict, as well as their political drivers.

Relations between Saudi Arabia and the U.S. and Europe have centred on oil and defense efforts for decades, although in some cases ties have increasingly come under strain. Saudi Arabia is the world’s largest holder of crude oil reserves, allowing the Kingdom great power over world energy markets while simultaneously providing insulation from outside pressure on foreign and domestic policy. Most of the countries currently violating the ATT with arms sales to Saudi Arabia also have a history of defense cooperation with Riyadh. In the post-9/11 years, the US has supported a “robust” counterterrorism partnership with the Saudi Arabia, while Germany, France and the UK have also maintained significant security relationships with the Kingdom.

These ties are partially sustained by arms sales to Saudi Arabia that have become increasingly problematic with Riyadh’s intervention in Yemen. According to the Stockholm International Peace Research Institute, an organization that tracks arms sales and military expenditure globally, ATT members and signatories provided 98% of actual deliveries of conventional weapons to Saudi Arabia in 2015. [i] These transactions were highly lucrative. For example, France sold $178 million US dollars worth of self-propelled guns to Riyadh, delivered between 2013 and 2015. In 2014 Saudi Arabia ordered 33 patrol crafts from Germany worth $1.5 billion US dollars and 55 trainer crafts from Switzerland as part of an arms deal worth 1.9 billion.[ii] The security relationship between the United Kingdom and Saudi Arabia includes the SALAM Project, an endeavour started in 2007 worth 20 billion GBP that provides Riyadh with military equipment via one of the world’s largest defense companies, BAE Systems.[iii] Security Assistance Monitor, a group that tracks U.S. security spending abroad, found that the U.S. authorized 13.3 billion dollars in arms sales to Saudi Arabia in 2015.

There is no question that the arms acquired by Saudi Arabia have contributed to violence in Yemen. Human Rights Watch has reported that multiple types of munitions used by the Saudi-led coalition in airstrikes against civilian factories, warehouses and farms were produced or supplied by the US and the UK. Attacks against economic structures have worsened the humanitarian crisis. US manufactured weapons were also involved in the attack on Mastaba market on March 15, which killed at least 97 civilians, and a funeral service on October 9th that killed at least 100 civilians. The U.S. responded to surmounting political pressure with an announcement in early December that the state would no longer move forward with sales of precision-guided munitions to Saudi Arabia. This announcement came just days before the UK government acknowledged providing Riyadh with cluster munitions, the production, trade and stockpiling of which is prohibited by international law.

The Arms Trade Treaty was created to address the growing number of intra-state conflicts of the past two decades that have been largely fuelled by poorly regulated or illicit weapons. Scholars Matthew Bolton, Eiko Elize Sakamoto and Hugh Griffiths explain that during the Cold War, the global flow of arms was largely confined to trade between the two super powers and their respective client states. After the fall of the Soviet Union, the arms trade was opened up to private actors and a surplus of poorly managed stockpiles in former Soviet countries engendered the sale of arms to conflict regions, non-state actors and crime syndicates. Intra-state conflicts since the 1990’s are categorized by high-levels of violence against civilian populations. The liberalization of global trade has facilitated weapons proliferation and the line between illicit and licit transfers has become increasingly blurred as the public-private structure of trade allows for arms to be more easily obtained illegally through diversion of supply. In the case of Yemen, weapons transfers between states did not cause civil war, but accessibility to weapons transfers between did not cause civil war, but accessibility to the arms has greatly contributed to its accessibility to arms transfers has greatly contributed to its intractability.

Members of the ATT are not required to limit their trade or production of arms. Rather, the ATT attempts address threats to human security and reduce the risk weapons will be used in conflict by requiring that states conduct comprehensive risk assessments on arms exports. Assessments are carried out to ensure whether those authorized could be used to violate human rights or international humanitarian law. States must also ensure via risk assessment that their arms sales do not incite terrorism, organized crime, gender-based violence or violence against children. A major drawback of the ATT, however, is the attempt to regulate a diverse good and for a large number of political constituencies. Unlike bans on landmines or cluster bombs, which focuses on a single, easily stigmatized weapon, the ATT deals with a range of weapons around which there is no broad government or civil society consensus.

Nonetheless, the ATT maintains its value as it allows civil society a legal avenue to challenge state action. The Campaign Against the Arms Trade, a London-based organization that works to curb the international arms trade, is currently challenging the UK government for it’s continued sale of arms to Saudi Arabia. In June the British High Court granted the CAAT permission to bring a judicial review against the Secretary of State for Business, Innovation & Skills given overwhelming evidence supporting the violation of human rights and international humanitarian law. A review before the court will take place in February. CAAT has relied on the legal opinion on UK arms sales given to Saudi Arabia given by the law firm Matrix Chambers in December 2015. Matrix Chambers found that the UK is in violation of the ATT and “there is no evidence to suggest that UK exported weapons or items would make such a contribution to peace and security as to override that risk.”

In addition to the work of CAAT, Washington’s recent announcement to suspend sales to Riyadh has left the UK in an awkward position. Ignoring the complaints of human rights groups is more difficult when Saudi Arabia’s other major supplier has acknowledged some complicity in ongoing violence. Civil society groups played a highly influential role in this decision as well. Jeff Abramson, a Washington-based expert on the arms trade, argues that the reporting of watchdog groups such as Human Rights Watch and Amnesty International has helped shift government opinion against arm sales to Saudi Arabia. This, in turn, could influence the British courts decision on the case brought by the CAAT in February.

When a billion dollars arms market between certain states is routine foreign policy, it seems there is a perception that the only the illicit arms trade between non-state actors is highly dangerous and harmful. Unfortunately, the violent potential of a cluster bomb or precision-guided munitions is the same whether acquired covertly by a terrorist cell or legitimately by a state. The fixation on preventing certain rogue actors and groups from acquiring conventional weapons detracts from the larger issue that weapons proliferation invariably has the potential to contribute the to intractability and violence of conflict. This approach also fails to address how the illegal and legal trade can be closely linked. Faith in international institutions may be historically low, but the civil war in Yemen points to the fallibility of state action and the dangers of deregulation. It is important to be critical of institutions while still acknowledging the ways they are essential to protecting human security and empowering civil society organizations. The ATT is far from perfect, but violations by Signatories and Members is only a further testament to its value.

[ii] SIPRI’s Arms Transfer Database: trade register sorted by supplier of delivery or orders of conventional weapons to Saudi Arabia between 2014 and 2015.