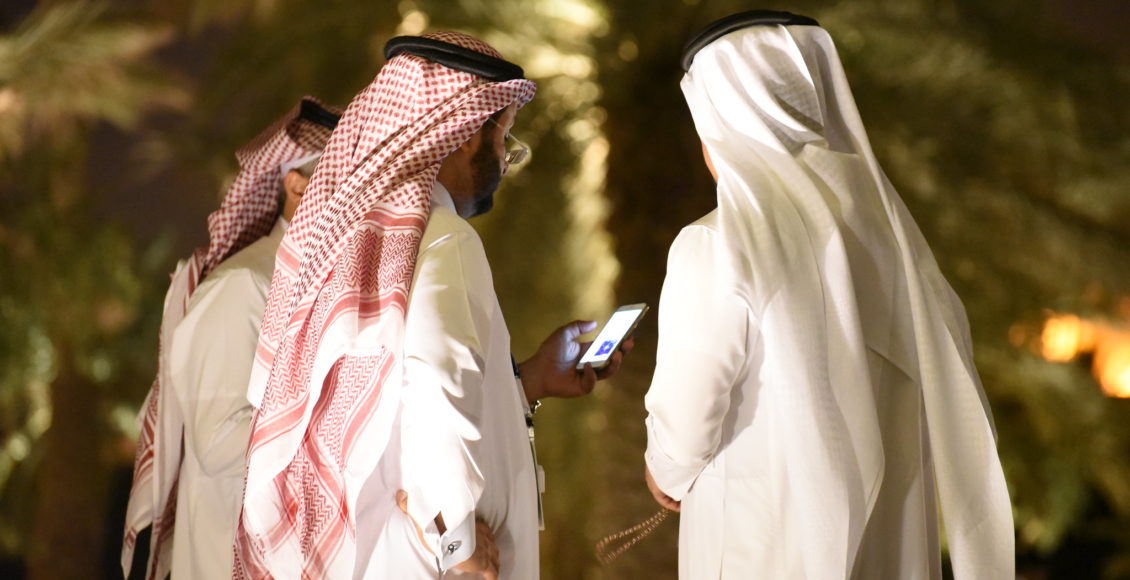 On January 22nd, UN investigators alleged that the crown prince of Saudi Arabia, Mohammed bin Salman, may have hacked Jeff Bezos’ mobile phone. The founder of Amazon and owner of the Washington Post reportedly had his phone hacked in May 2018, after receiving a Whatsapp message sent directly from the personal account of the prince. An encrypted video loaded with digital spyware reportedly enabled surveillance on his cellphone until February 2019. The Saudi Embassy in Washington responded to allegations through Twitter, stating that “recent media reports that suggest the Kingdom is behind a hacking of Mr. Jeff Bezos’ phone are absurd” and called for “an investigation on these claims so that we can have all the facts out.”

While it is well-known that the Saudi Arabian crown has been infiltrating the communications devices of Saudi dissidents, its hacking of Jeff Bezos’ mobile phone is particularly sensitive. For one, he is a US citizen, and not just any citizen: Bezos is the wealthiest man in the world with a net worth of US$123.9 billion. He is a man of influence—founder and owner of Amazon, owner of the Washington Post as well as Blue Origin, an aerospace company developing a rocket for commercial use. It is also worth noting that Jamal Khashoggi, a prominent Washington Post columnist, was ostensibly assassinated six months after the hack and US intelligence forces believe the Saudi prince is very likely to have been involved.

According to the United Nations experts Agnes Callamard and David Kaye, special rapporteur on summary executions and extrajudicial killings and special rapporteur on freedom of expression respectively, “at a time when Saudi Arabia was supposedly investigating the killing of Mr.Khashoggi, and prosecuting those it deemed responsible, it was clandestinely waging a massive online campaign against Mr. Bezos and Amazon, targeting him principally as the owner of The Washington Post.” According to Omar Abdulaziz, a Saudi activist who now lives in Montreal, Twitter is extremely popular among the Saudis and while at first, the platform was a way to “live democratically” and even “engage with dissidents in exile” it has mutated into a propaganda platform that government trolls use to discredit opposition and amplify its own messages.

While the hacking of Bezos’ mobile phone could, or should, affect the relationship between the Saudi government and the US government, the Trump administration has been reluctant to criticize any action undertaken by the Saudi prince, especially since Trump’s son-in-law—Senior Advisor Jared Kushner—is reportedly friends with the prince. Indeed, in his first foreign visit as president, Trump flew to Riyadh to sign a US$110 billion arms deal with the Saudis, potentially signalling interest in strengthening relations with Saudi Arabia. Along the same lines, Trump has made little indication that the US will penalize Saudi Arabia over the alleged hack of the Amazon executive: an unsurprising revelation given that the president has openly called Bezos and the Washington Post a political enemy in the past.

Other than the fact that Trump’s administration is again prioritizing US economic interest over moral high ground, it is interesting to note that while it’s clear Jeff Bezos’ mobile phone has been hacked by the Saudis, Trump’s and Kushner’s mobile phones have probably met the same fate. Indeed, both President Trump and Jared Kushner have refused to refrain from using their own cell phones, instead of, for example, the secure White House landline. Intelligence reports have indicated that Chinese and Russian spies may have exploited this context, eavesdropping on the president’s calls.

The crown prince of Saudi Arabia has recently made efforts to invite influential western figures to Saudi Arabia, emphasizing to the world the nation’s will to “reform” and restructure. The Crown Prince has endeavoured to modernize the country, most popularly by allowing women to drive, in quest of broader international validation. In 2016, the crown prince announced the Saudi Vision 2030, a development plan to reinforce economic and investment activities in the country and increase non-oil industry trade with other countries.

The hacking has the potential to backfire against the Saudis and represents a serious setback in Mohammed bin Salman’s attempt to make stronger connections with the West. While the Trump administration is unlikely to call for further investigations, the UN and others are inclined to do so. Not only is the hack significant given Bezos’ prominence, but it is also a breach of US federal law that governs hacking. This should concern Saudi Arabia if it still seeks positive rapport with the West. Jeff Bezos is not the only influential American citizen to have met the crown prince. In spring 2018, when Mohammed bin Salman went on a coast-to-coast tour of the United States to attract new investment projects for Saudi Arabia, he reportedly met with dozens of politicians, celebrities, and tech titans such as Bill Gates, Lloyd Blankfein and Oprah Winfrey. Moreover, the hacking and subsequent inquiry has surfaced in the wake of Saudi Arabia’s assumption of Group of 20 presidency, calling into question its expected hosting of the group’s summit meeting later this year.

It goes without saying that if the wealthiest man in the world can get hacked, anyone can.  While the Bezos-Saudi Arabia hack can easily be dismissed as a high-profile attack, Whatsapp, the service used in the hacking, hosts about 1.5 billion users worldwide. Whatsapp is particularly popular due to its end-to-end encryption, which means that messages intercepted by a third party will be received as unreadable encrypted files. Nonetheless, Whatsapp’s default setting makes it so that any video or picture files sent are automatically downloaded by the receiver’s phone. This setting, however, is easy to opt out of. The problem is not so much what isn’t safe from being potentially hacked but rather what is. In an era where cyber-security is becoming one of the world’s greatest challenges, the only way to avoid such problems might be to share less information or to simply assume that everything put out on the net is public. After all, Jeff Bezos might not have gotten hacked if he’d held on to a Nokia 1011.

Léa Cerdán is a U3 student pursuing a degree in Political Science. She is particularly interested in Spanish and Latin American politics.