On 28 October 2016, the United Nations General Assembly elected fourteen states to serve on the United Nations Human Rights Council. Saudi Arabia was able to retain its position in the council unlike Russia who narrowly lost their seat to Croatia. Saudi Arabia has been indiscriminately bombing civilians in Yemen for 18 months, which is a gross human rights violation. It is tough to draw up a comparison between the human rights violations being committed in Syria by Russia to those being committed in Yemen by Saudi Arabia. Both acts are equally bad to warrant not electing Russia and Saudi Arabia to the Human Rights Council. Saudi Arabia was able to safely slide back into the council due to no competition from its region.

Seats on the Human Rights Council are shared among five regional groups with Saudi Arabia belonging to the Asia-Pacific region. Ironically, Saudi Arabia was the least popular candidate in the group having received the smallest number of votes. Had there been competition, this could have meant defeat for Saudi Arabia. This win is particularly surprising in the light of Saudi Arabia’s repeated blocking of an international investigation into alleged Yemen war crimes. Countries that run without competition in their region do not face proper scrutiny of their human rights records. But as seen with Russia, a competitive process allows member countries to think twice before voting them onto the council. If Russia’s loss teaches us anything, some sort of competition is crucial to the credibility of the election process. One might speculate that the reason why Saudi Arabia wants to be a part of the Human Rights Council is more political than humanitarian. Its action in Yemen is in violation of the United Nations charter to say the least. Riyadh has time and again refused visits from UNHRC rapporteurs to investigate their justice system, incidence of torture, and discrimination. It is easier for them to avoid such investigations when they are on the inside as the chair. Surprisingly enough Saudi Arabia boasts about it’s human rights record claiming, for instance, that it supports the empowerment of women and is in compliance with Sharia law which guarantees fair gender equality. This denial is easier to maintain from inside the council for Saudi Arabia. The kingdom also has immense mobilizing power inside the council, which helps them block any outside inquiry.

The Human Rights Council works through it’s members states by engaging countries on improving human rights and making decisions ranging from exposing violations to recommending that the Security Council make a referral to the International Criminal Court. The council does not have the authority to take actions but has the power to exert significant pressure on the violating country. The council can also set up special rapporteurs with the mandate to investigate and report human-rights abuses. Historically, human rights organizations have contended having countries like Russia, China, Rwanda and Saudi Arabia on the council, which seriously undermine and cripples the council in its task. 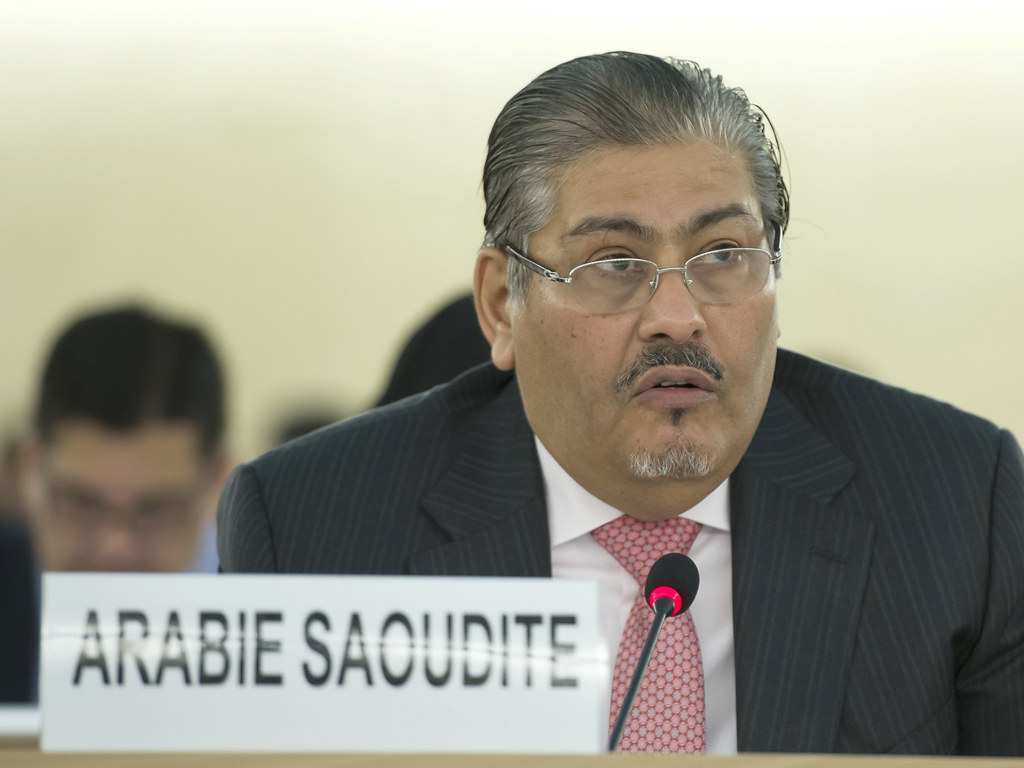 The United Nations have repeatedly denounced the human rights violations by the Saudi-led coalition, which includes countries such as Bahrain, Kuwait, and Qatar. In 2015, Secretary-General Ban Ki-moon found the coalition responsible for 60 per cent of the recorded child deaths and injuries, and nearly half of 101 attacks on schools and hospitals. The UN high commissioner for human rights, Zeid Ra’ad Al Hussein, condemned the coalition and stated them as responsible for twice as many civilian casualties as all other forces put together. Earlier in 2016, Human Rights Watch and Amnesty International called for the United States, United Kingdom, and France to stop all weapons sales to Saudi Arabia until it has curtailed its unlawful airstrikes in Yemen. The two groups have alleged that Saudi Arabia has strongly resisted all accountability measures.

Saudi Arabia threatened to withdraw funding from critical UN programs. The kingdom compelled the UN secretary-general to remove the coalition from the “List of Shame” for killing children and attacking schools and hospitals in Yemen. With the help of its allies, Saudi Arabia used its position on the Human Rights Council to block the creation of an independent international investigation into alleged violations by all sides. Due to lack of a credible investigation into the coalition attacks has threatened the credibility of the Human Rights Council and the General Assembly, Human Rights Watch and Amnesty International.

Some observers have questioned why Saudi Arabia has a seat at the Human Rights Council at all. Since the kingdom joined the Human Rights Council in January 2014, it has declared a crackdown on all forms of dissent at home. The numbers of executions have surged and discrimination against women and the Saudi Shia minority community remains systematic. However, many countries on the council have laws that are at odds with the UN’s official stances. For example, the UN High Commission for Human Rights advocates against capital punishment arguing that death penalty has no place in the 21st century. But a number of countries in the council like the U.S. actively sentence people to death and execute them each year. Some observers even argue that Saudi’s position as the chair of the council comes with no real power to influence the council’s policy positions and is merely administrative in nature. But the election of Saudi Arabia to the council as its chair has symbolic implications. It is disrespectful towards the various individuals all over the world, especially in Saudi Arabia, who have suffered through human rights violations. More importantly, it is discouraging for anyone or any group fighting to bring justice to the victims of human rights abuse.

Saudi Arabia has a long list of human rights violations over the years. Most recently, it sentenced a blogger to 1,000 lashes with a cane for writing about free speech and has plans to execute a young political dissident by beheading him and publicly crucifying his body afterwards. Under Saudi Arabia’s judicial system, detainees, including children, face systemic violations of due process and a fair trial, which include arbitrary arrests. Judges routinely sentence defendants to flogging of hundreds of lashes. Children can be tried for capital crimes and sentenced as adults if there are any physical signs of puberty. Women are forbidden from obtaining a passport, marrying, travelling, or accessing higher education without the approval of a male guardian, usually a husband, father, brother, or son. Between March and July nearly 2112 civilians were killed as a result of an armed conflict between the Saudi Arabia-led coalition and the Houthi forces. These types of actions are extremely worrisome to the world community. We as the citizens of this community look up to the human rights council for leadership in stopping such atrocities. But it looks difficult to do so now since the perpetrator is chairing it.

International diplomacy draws criticism for being too vague and too political. But is also seen as a hopeful way to stop illegal activities from taking place. The former view seems to be taking control over the issue of human rights. Some observers are praising the council for not electing Russia to the council over the atrocities being committed in the city of Aleppo in Syria. However, there is deep disappointment over the re-election of Saudi-Arabia to the council. Looking on the bright side, Saudi Arabia’s re-election to the human rights council might be a strong enough motivation for them to improve the condition of human rights in their kingdom. Sometimes member states of the United Nations justify undertaking hostile actions for political reasons. But, all the members of the United Nations have signed a charter, which calls for peace, and respect for human rights. A re-election to the United Nations Human Rights Council might just be the gentle nudge that Saudi Arabia needs to realize the importance of respecting human rights.