Saving Lives in a War Zone: The White Helmets 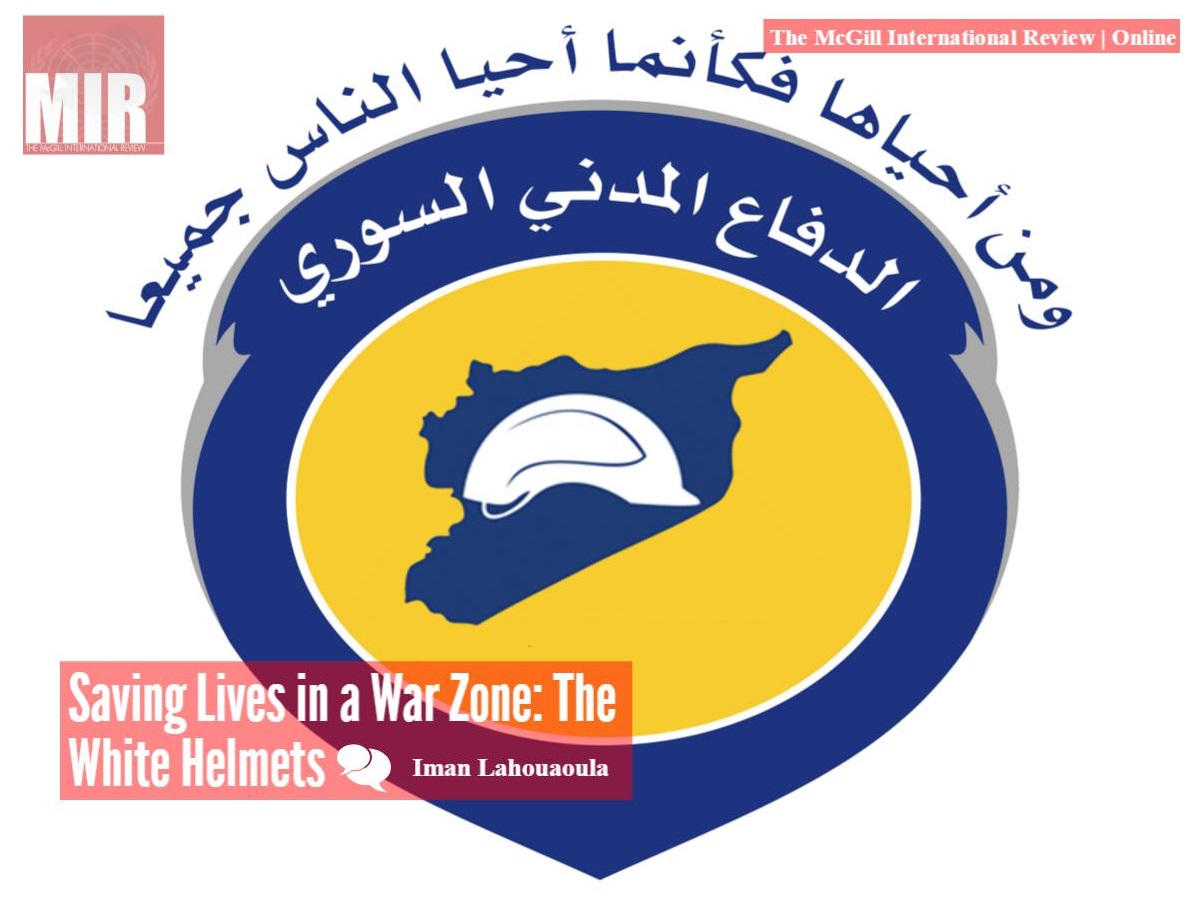 With a Nobel Peace Prize nomination and a feature Netflix documentary under their belt, not to mention the 60 000 lives they have saved, the Syrian Civil Defense (SCD), commonly known as the White Helmets, are continuing to leave a mark of hope and inspiration for Syrians ransacked by the civil war. The organization is made up of around 3000 ordinary Syrian men and women who up until 3 years ago had lived as regular Syrian citizens working completely different jobs. In 2013, amidst the pillage of air strikes and bombs led by the Assad regime a small group of men who would encounter each other whilst rescuing civilians from the air strikes decided to formally form a rescue team. Three years later, the group is working tirelessly to provide rescue operations to Syrian cities brutalized by the war that has already claimed 400 000 lives.

Groups of SCD members often undertake a dangerous trek to Turkey in order to receive the necessary training and equipment to accomplish their mission.

Despite their minimal equipment, they are nearly always the first (and largely only) responders to a bomb/air strike scene. They risk their lives and work long tireless hours to pull out any amount of people they can from the rubble – regardless of affiliation. Their work is extremely important because without them, it is doubtful that even a fraction of the 60 000 lives they have saved would have survived. In cities that have no rescue, no 911, no ambulances to call, the White Helmets provide that gap.

The White Helmets are not immune to the brutality of the Assad regime. The story of a White Helmet coming home after rescuing a little boy in an air strike, only to be hit and killed by one himself is all too common. Since 2013, 141 members have died. Only about a month ago, airstrikes hit 3 of 4 While Helmet centers in Aleppo, destroying a number of equipment and vehicles. In addition, “double-tap” bombings have become increasingly threatening for the White Helmets, which is when the Syrian regime or Russia will drop a bomb in one location, then continue to circle in the sky and drop a second bomb when the SCD have reached the first site. These particularly haunting strikes have claimed the lives of many White Helmets.

Despite the harsh living conditions and work the White Helmets endure, it is a message of hope and peace they wish to spread. The SCD, in both words and action, have made it very clear that they are an apolitical, unarmed civilian rescue group whose mission is inspired by the Quranic verse “To save one life is to save all humanity”. Despite their unoffending pursuit, the opposition has received fierce criticism, most notably by Bashar Al-Assad himself as well as Russia, the latter of which eagerly spreads criticism via their state-owned newpapers “Russian Times” and “Sputnik International”.

When asked of their Nobel Peace Prize contention, Assad replied “what did they achieve in Syria”? As far as Assad is concerned, the group is “facelift to al-Nusra in Aleppo” (a rebel group which Assad considers a terrorist organization). The SCD, however, has not denied that ex-rebel members are amongst them, as membership is open to all as long as “they lay down their arms” and “join [the] rescue team which saves lives instead of taking lives,” Raed al-Saleh, the SCD’s leader has stated. In fact, one of the young men featured in the White Helmet Netflix documentary explained that in 2013, he had been part of an armed rebel group but decided to give up his arms and fighting in order to join the SCD. As if Assad’s credibility could not be even more tainted, his commitment to feeding the world with delusional propaganda became particularly despicable when he pointed out that the picture taken of Omran, the 5 year old boy pulled out of an airstrike in Aleppo which gained media attention in August, was “a forged picture”.

Another popular accusation to the group stems from their international funding. Some go to the lengths of claiming they cannot be considered impartial because their supply of donations largely comes from Western nations. The SCD’s charter is in compliance with international humanitarian law, which protects them since they act as a neutral body within the conflict. Receiving governmental funding neither breaches that code, nor does it make them agents of the ideologies of the nations who donate to them. Like many NGO’s, the majority of funding must come from external sources to sustain themselves; the SCD should not be treated by a different standard because they operate in a war zone. To the contrary, as the one group that may not have any political affiliation in Syria, they should serve and be treated as the organization that can help bridge the divide between opposing sides.

The work of the SCD transcends saving lives. They provide an insight to the situation in Syria. With besieged parts of cities such as Aleppo, the SCD provides the most valuable and direct news source to the war in Syria. They will not end the war in Syria, nor is this something they claim to be able to do. However, they provide a wake up call to all of us watching Syria with a passive outlook. For a nation to be so plagued by war that the only way to maximize the lives saved is by creating their own rescue organization is distressing. It is inhumane that the condition has been left to come this far. However, the White Helmets prove that Syrians are a strong people. When no help was being given, they decided to save themselves. They decided that one life lost was already one too many. As Time Magazine put it, they’ve decided “what the world has refused to do – save Syrian lives.