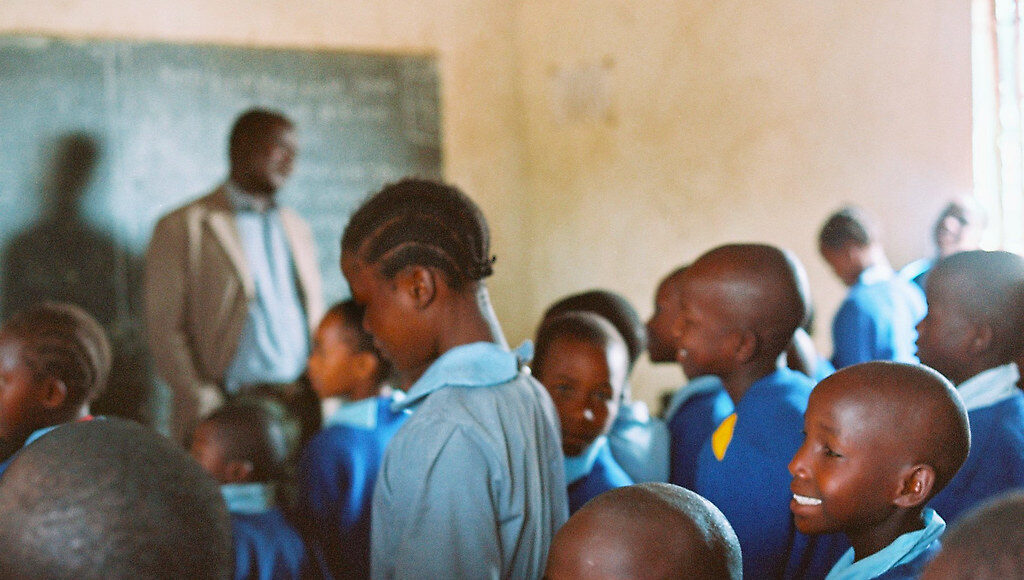 After reporting its first case of COVID-19 on March 13, the Kenyan government swiftly responded with containment measures, including travel restrictions, a ban on congressional meetings, mandatory remote work, and school closures. The entire school year was cancelled, with schools only expected to reopen fully in January 2021. However, in September, President Kenyatta announced a phased reopening plan of schools with sanitary measures to start as of October 12. Although schools are reopening earlier than initially planned, it comes too late for some students, especially young girls. The closure of schools and subsequent return of students back to their rural communities has been correlated with significant increases in child marriage, female genital mutilation (FGM), and teenage pregnancies.

Schools usually provide a safety net against child marriage and FGM. As they return home due to the COVID-19 crisis, vulnerable girls from impoverished families may be seen as an extra mouth to feed, and the potential exchange for a dowry may augment risks of child marriage. School closures also engendered increasing instances of FGM. In some cultures, FGM is considered a rite of passage to prepare girls for adulthood and marriage. Even though the practice was criminalized in 2011, it is still prevalent in some areas of the country, such as in rural North Eastern Kenya, which has a predominant Somali ethnic population. The procedure of FGM takes several weeks to heal, and as girls come back home for a prolonged time period, this gives enough time for the cutting and healing process to occur. While teachers often educate young girls about the risks of female genital mutilation, sometimes providing shelter for girls in fear of returning to their communities after refusing to undergo the procedure. In addition, teachers typically advocate for their students by denouncing incidents of female genital mutilation to police officials, which deters many parents from cutting their daughters while they are in school. However, the onslaught of COVID-19 changed the circumstances in which schools operate, limiting teachers’ capacity to effectively protect and advocate on behalf of female students.

Given schools’ vital role in social protection against reproductive and sexual harms, even during times of crisis, school closures may not be a viable solution. This finding is especially pertinent in communities where traditional customs like child marriage and FGM are endemic. In these cases, governments should strongly consider keeping schools open, while limiting the spread of COVID-19. Implementing this approach may require international cooperation along with support from developed economies to ensure that developing nations like Kenya have access to the necessary personal protective equipment for students and teachers, and to make sure that infrastructures are safe for learning in a pandemic. Some communities may resist measures, making it essential to ensure trust between community members and health officials, which will also be paramount for successfully encouraging community involvement in health initiatives. As seen with the 2014 Ebola crisis in West Africa, community trust is a vital component of effective disease outbreak management.

Lessons from the Ebola crisis in Sierra Leone also highlight the direct impacts of school closures on women’s sexual and reproductive health. At its peak, the 2014 Ebola outbreak was correlated with increased risks of sexual violence and teenage pregnancy, wherein total unplanned pregnancies rose by an estimated 44 per cent in the city of Kenema and 172 per cent in Kailahun. Amid COVID-19 containment measures, Kenyan school closures resulted in similar increases in unintended pregnancies. Thus, both cases illustrate the multiplier effect of global health crises in developing countries, by which closures of public services can further exacerbate issues such as unintended pregnancies.

Although schools do provide substantial protection against sexual violence and unintended pregnancies, in the context of a global pandemic, there is still a trade-off between promoting public health and ensuring reproductive and sexual health for girls. School closures may be necessary in some circumstances. In these instances, government officials should consider the potential consequences for women’s sexual health, and attempt to address these issues in tandem with broader public health concerns. For example, the government should examine the possibility of giving girls and their families a small fund to cover the free meals and sanitary pads that girls would normally receive at school. Such a measure could potentially decrease transactional sex and relieve economic pressures for child marriage, ultimately advancing women’s sexual and reproductive health. However, for some students, especially in the country’s poorer regions, schools provide essential — non-academic — resources like meals and sanitary pads. In this regard, school closures threaten students’ access to basic necessities, forcing some girls to engage in transactional sex, which increases the risk of pregnancy.

Furthermore, it is critical to address institutional threats to women’s reproductive health. Before the COVID-19 crisis, Kenya, like many other developing countries, struggled to address women’s sexual and reproductive needs adequately. With 85.5 per cent of the population identifying as Christian and the significant stigma surrounding sex, sexual education delivered at schools is largely abstinence-focused and ignores important gender-based violence issues. The system fails students, with only 1 in 4 students aged 15-17 learning about contraception, and 42 per cent of all pregnancies being unintended. When it comes to empowering girls in terms of their sexuality, schools must deliver unbiased, comprehensive sexual education. Alternatively, grassroots advocacy organizations, like GRADIF-Kenya, can also play an essential role — possibly with greater success than their classroom counterparts — in sexual empowerment by developing community programs based on the specific needs of the targeted populations. As such, supporting grassroots initiatives through funding or other means is essential.

Featured image: “Nairobi” by hktang is licensed under CC BY 2.0.