Second United Front – China in the 1930s as a Crisis committee 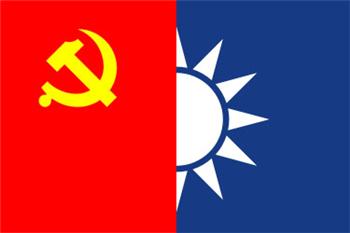 Joint Crisis Second United Front is a Crisis committee that focuses on China at the turn of the 20th century – a time of political turmoil, military conflict, and economic strife. The delegates each represent members of China’s Communist Party, who faces the external threat from Japanese encroachment while trying to negotiate settlements with the KMT (Chinese Nationalist Party).

On the second day of conference, this Committee kicked off with a moderated caucus to determine how the Chinese will face the impending threat of additional Japanese attacks. The Japanese had 200 000 men, and the Communist Party had a paltry army in contrast. There were two opposing views at the outset – Chen Yi believed that the Chinese should focus on developing artillery more than aircraft in order to strike, while Zhu De preferred to stay back and defend the villages. Nie Rongzhen and Liu Shaoqi both agreed that they should not engage the Japanese army yet, as the Chinese army is not strong enough. Lin Biao continued by asserting that they should not make aggressive movements toward the Japanese at this time, but wait for the Japanese to overextend so guerrilla attacks could intercept communication.

Five directives were formulated during unmoderated caucus the day before, and the Chair began to address the first two. The first directive was called Strategic Stationing, and involved drawing out soldiers and reconvening at the home base. The second directive was called Military Parameters, and involved the KMT and CCP (Chinese Communist Party) fighting together but with separate forces. The KMT would fight in the east, in urban areas, and in the north, while the CCP would cover the mountains, forests, and inland villages.

Lin Biao elaborated and asserted that they must gather resources, prepare, and move to the west for more support before engaging. Zhou Enlai and Ye Ting opposed this proposal however, and asserted that the KMT are already fighting the Japanese, and the Communist Party must support them and should not stand idle. Zhou continued by asserting that if they stand idle, the proletariat won’t stand by and support them anymore. Nie Rongzhen and Liu Shaoqi, however, agreed with Lin Biao and asserted that they simply don’t have the ability to engage and must avoid direct confrontation at this time. Even the KMT cannot win this fight, and it is believed to be their duty to move the troops inland. The citizens of China, rather than losing faith, would see it as a smart and strategic decision.

Before concluding the moderated caucus, Wang Ming proposed the merging of the two directives. Ye Ting proposed that the Communist Party engage in limited strikes against the Japanese, and Hu Shi agreed arguing that the KMT shouldn’t take the brunt of the force. Nevertheless, both motions passed: the first directive with 12 for and 3 against, and the second directive with none opposed.

The third directive on the agenda was called Resource and Propaganda, and was sponsored by Liu Shaoqi and Lin Bao. This directive was about training and recruiting soldiers, and using propaganda to effectively and efficiently convince them. The sponsors of this directive asserted that both men and women can and should fight. They would like to foster community within each guerrilla unit, so each member will be given the right to elect a leader. The fourth and fifth directives were combined and called Recruit in the Countryside. The CCP would use propaganda, bearing in mind the illiteracy of those in rural regions, and use oral storytelling and ideological tales of glory to cultivate communist allegiance. Zhang Guotao and Hu Shi found this the most developed and comprehensive of the directives. The fifth directive was combined to add a focus in recruiting students. The third, fourth, and fifth directives were all approved.

However, a crisis arose, and lightly armoured Japanese tanks were stuck in KMT territory between Peking and Taiwan. The KMT were not aware of the vehicles yet, and there were not many Japanese forces there to defend it. Zhou Enlai asserts that since Chinese artillery is lacking, the Communist party could run a covert operation without informing the KMT. They could work at night, and use guerrilla tactics, to retrieve the vehicles. Liu Shaoqi however proposed that they leave the tanks, and simply take the gunpowder and artillery. Engineers could transform the tanks into landmines, since it would be hard to move the vehicle. However, Zhang Ghuatao asserted that the tank is a great tool for promoting diplomacy between KMT and CCP, and to transfer materials and information. All in all, the committee was divided between a retrieval mission (involving small troops and clandestine night missions) and confiscating the tanks (safely moving in and confiscating the tanks). Lin Biao suggested that the directives be merged.

As expected, the Joint Crisis Second United Front moved swiftly – delegates were very engaged and actively working to hash out resolutions and forge alliances. All of the directives that passed bore in mind the safety and security of Chinese citizens, as well as ways to strengthen the current Chinese army. Next up on the agenda is the US, proposing to act as a third-party advisor to the CCP and KMT.