Seeing is Believing: Why Representation in the Cinematic World Matters 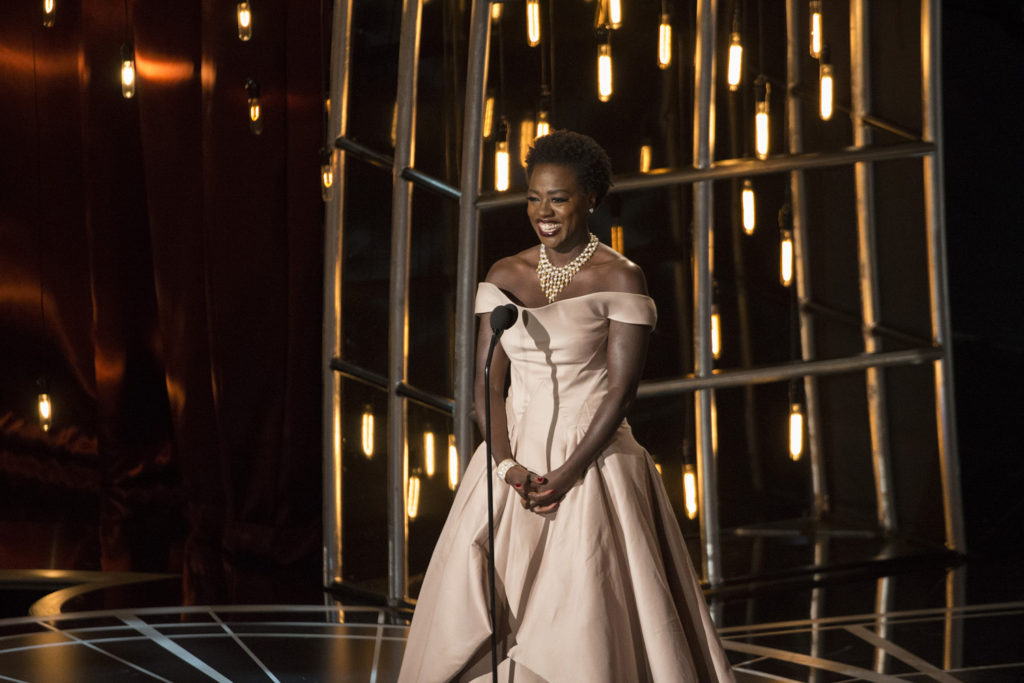 On September 20, 2015, Viola Davis broke new ground when she became the first woman of colour to win an Emmy for Best Actress in a Drama. In her acceptance speech, she made it a point to poignantly encapsulate the issues people of colour face in the entertainment industry: “The only thing that separates women of colour from anyone else is opportunity. You cannot win an Emmy for roles that are simply not there.”

Two years forward, the recent Emmy Awards and the 2017 Oscar awards saw one of the most diverse rosters of nominees and winners, and three minority actors won compared to just one in 2015. In past years, the Oscars garnered criticism for the lack of racial diversity in the acting nominees. These appraisals highlight Hollywood and the entertainment industry’s underlying problem of racial inequality. Due to the lack of representation in the media, minorities often feel invisible or that their stories lack significance. The barriers that seem to prevent accurate, meaningful representation of P.O.C in the media are the lack of roles for P.O.C, roles based on stereotypes, whitewashing, and the fact that voting committees are skewed in favour of white artists.

As a minority, breaking into an industry where white people star in almost three-quarters of the movies produced is an arduous endeavour. As experiences of other groups fall by the wayside in the face of white protagonists, Hollywood silences their important voices from being heard and their stories from being seen. As a result, movies exist in a skewed version of the world that fails to truly reflect its diversity. In addition, exposing audiences to different cultures and heritages makes P.O.C feel more accepted and strengthens their belonging in a community.

Where minorities do appear on screen, they are depicted in negative, stereotypical caricatures. Felix Sánchez, co-founder of the National Hispanics Foundation for the Arts found that “when Latinos are represented, they just play stereotypes” and that they are the most “oversexualized identifiable minority group.” Latinos are the largest racial minority in the US, constituting for 17.6% of the US population. However, in the eyes on Hollywood, they’re invisible. Likewise, Riz Ahmed, the first male South Asian actor to win an acting Emmy, found that a lot of roles he was actively considered for were based on racial stereotypes. However, he turned his back on those roles claiming he’d “rather be broke,” than play a terrorist.

Emmy-winning TV show Master of None highlighted this phenomenon in their episode “Indians on TV”. In the episode, Dev, an aspiring actor played by Aziz Ansari, is repeatedly asked to “do the accent” when auditioning for a role – a ridiculous situation where assimilated, second-generation P.O.C are portrayed as exotic aliens in the only country they may know. When the media plays a crucial role in shaping perceptions of ourselves, the negative repercussions of the portraying P.O.C are immense. P.O.C begin to wonder if that is all society sees them as one-dimensional, offensive stereotypes. This can also be seen when the majority of gangsters or violent characters in movies are black men. Hollywood reinforces negative stereotypes and further perpetuates the marginalization of P.O.C. This is specifically dangerous due to the existing racist policing methods such as racial profiling and the higher proportion of black men stopped by police officers. Hollywood should not exacerbate these prevalent issues.

The representation of minorities in media have psychological and social ramifications on those who are exposed to it. In the “Black Doll” experiment, psychologists gave kids between the age of three and seven two dolls that were identical except in terms of skin colour (one was black while the other was white). Clark then asked the children “which doll they thought was prettier? Which doll is good? Which doll they wanted to play with?” The overwhelming majority of children chose the white doll. The psychologists concluded that children begin to internalize stereotypes regarding race from a young age due to their exposure to media and entertainment. If children are only aware of the negative on-screen portrayals of P.O.C, they begin to regard themselves in the same antagonistic light. On-screen representation is important because it shows children of colour that they as equally capable and beautiful as white children.

If that wasn’t enough, the few POC roles that are available are sometimes filled by white actors, a process known as whitewashing. A casting director’s laziness and lack of cultural understanding allow them to cast white actors and actresses such as Tilda Swinton as a Tibetan Monk and Jake Gyllenhaal as a Persian Prince. If Hollywood continues to give the acting roles of people of colour to white actors, what opportunities do people of colour have left?

The movie Exodus: Gods and Kings (2014) based in Egypt was heavily criticized for having an all-white cast. The director, Ridley Scott, defended the casting by saying if “my lead actor is Mohammad so-and-so from such-and-such… I’m just not going to get it financed. So, the question doesn’t even come up.” Although the movie was equipped with a $140 million budget and all-white-star cast, the movie tanked in box offices and was eclipsed by the casting controversy. This raises the question as to why so many casting directors choose white actors when they can instead cast capable minorities who are not only willing to play the role, but perhaps make more logical sense. Whitewashing disrespects the significance of ethnic representation and neglects the industry’s responsibility of inclusivity and diversity. Furthermore, the existence of whitewashing insinuates that P.O.C can be reduced to a few stereotypes and cultural costumes that are interchangeable amongst white actors in Hollywood. It boldly says that P.O.C are inadequate when it comes to telling their own stories.

Hollywood has created an environment where activists must start campaigns and petitions to protest the whitewashing of P.O.C characters. To combat the problem, the entertainment industry needs to start from behind the scenes. P.O.C writers will be able to prioritize, more accurately depict and tell the stories of people of colour. A concrete measure The Writers Guild of America, East (WGAE), a union representing TV, film, and some digital-content creators, has presented is a diversity tax credit in New York. This tax will incentivize producers to increase the opportunities present for P.O.C and women in directing and writing positions.

A higher proportion of minority writers will be more likely to lead to meaningful, developed characters. For example, Shonda Rhimes is the creator, writer and executive producer of many ABC TV shows starring women of colour. When Scandal premiered in 2012, it was the first network drama starring a black woman. Breaking these glass ceilings is crucial in order to give P.O.C the same opportunity to shine on-screen with fleshed out, three-dimensional characters. P.O.C writers will be able to incorporate their personal experiences into the narratives. This will be more genuine than a white writer trying to tell the stories of minorities. Representation matters as it solidifies P.O.C’s belonging in a society and recognizes that they are an integral part of the community.

Not only is the lack of diversity in the industry morally flawed, but it creates a lack of opportunity for society to celebrate meaningful works of art. The lack of recognition in the past at the Oscars, where an all-white roster of acting nominees dominated the award ceremony for two years straight, sparked the hashtag #OscarsSoWhite. Appreciating the accomplishments of P.O.C moves their art into the mainstream and opens it up to a wider audience esteem. The Oscars’ voting committee has taken tangible measures to increase the diversity of its members, leading to a greater number of black actors winning in acting categories in the recent 2017 Oscars.

There are immense barriers that prevent the meaningful and accurate representation of minorities in Hollywood. There is a lack of opportunities for P.O.C due to the underrepresentation of them in movies and TV shows. Moreover, harmful tendencies of Hollywood such as whitewashing and reducing P.O.C representation to stereotypical roles is regressive. The ramifications of this lack of diversity extend far beyond the sphere of Hollywood. The negative consequences are visible when examining the  psychological impacts on children of colour and society at large. The media is a vital instrument in shaping society’s perspectives. It is time that cinema reflects our diverse, rich society and work towards ending the marginalization of P.O.C.