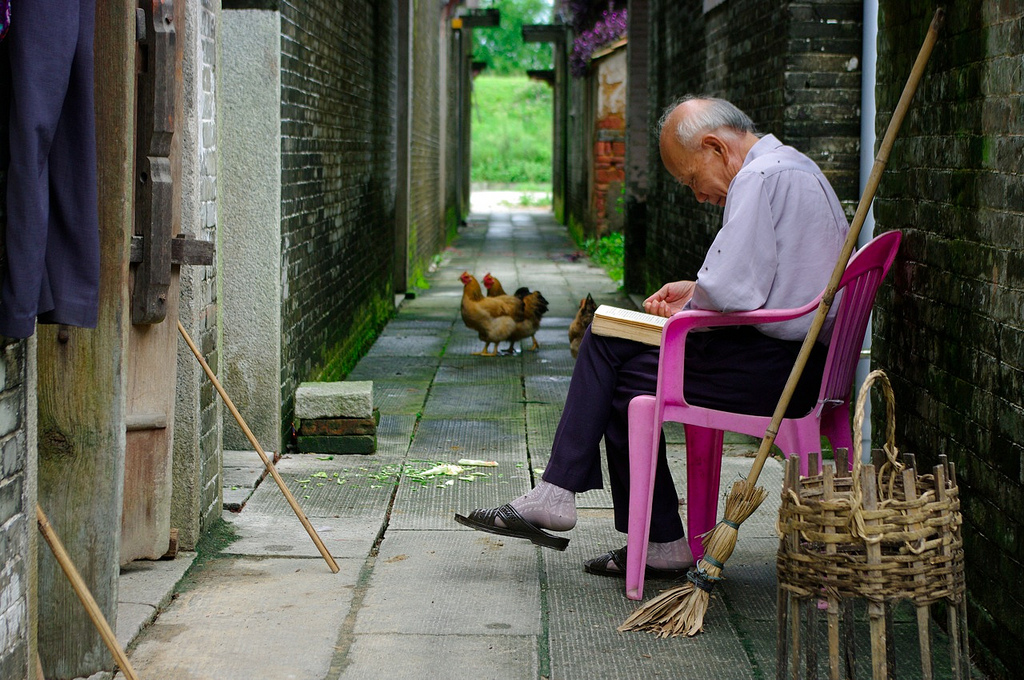 When tourists traverse the streets of the quiet riverside town of Yucheng, China (about an hour away from Shanghai) they can indulge in its local specialities, such as its juicy grapes, peaceful turtle ponds, and, in the near future, sex toys. Yucheng’s town government recently invested 10 billion yuan, or a bit over 1.9 billion CAD, to convert the tiny hamlet into China’s “Happy Town”, which would include a sex exhibition centre, an adult-only hotel, and a sex toy shopping street.

If you’re not enchanted by what Yucheng has to offer, perhaps you should take a trip to Dayun, the “Sweet Town” in Zhejiang province, and indulge in their renown chocolate, or head to the “Sock City” of Datang and participate in their annual sock festival. In fact, there’s a town for just about every niche one could possibly think of, from hot springs in Wenquan Xiaozhen to nuclear power in Haiyan. All of these developments are part of the Chinese Politburo’s campaign to stimulate localized economic expansion and narrow the economic gap between their urban and rural population by funding te se xiaozhen, which translates to ‘feature towns’. According to the Chinese government, these feature towns are designed to have distinctive qualities in “tourism, trade & logistics, modern manufacturing, education & technology, traditional culture, and livability.”

As such, this policy calls on provinces to submit development strategies for selected towns in exchange for state funding. These funds would then be used to upgrade infrastructure, commercialize natural and cultural resources, and also assist the town in expanding their specialized industry. Te se xiaozhen is designed to increase economic vitality in rural towns by creating new jobs and urging residents to stay in their smaller, thriving towns rather than migrating to metropolitan cities. From 2008 to 2014, the number of urban residents in China increased by 14 million, while the number of rural residents dropped by 7 million. China hopes to curb urban migration because it crowds already densely populated cities, leading to increased pollution, traffic woes, and public infrastructure costs.

The purpose of Beijing’s advocacy of this policy is three-fold: it positions towns for growth in their specified industry, decreases the number of in-migrants moving to large Chinese cities, and allows small towns to simultaneously function as tourist resorts. There are concerns, however, that this policy may lead towns to spend egregiously and induce a debt-laden crisis. While the Central Government plans to build 1,000 feature towns, Guo Li, a Zhengzhou-based city planning analyst, estimates that there are around 6,000 feature towns in the works with the average investment estimated at around 5 billion yuan per town. If this holds true for the 1,000 planned feature towns the Central Government wants to build, the total cost of this project could reach 5 trillion yuan (over 950 billion CAD).

China has a penchant for blindly pursuing grandiose projects that fail to materialize in the long term. In the early 2000s, the Central Government spent millions of dollars to build enormous urban metropolises in the hopes that they would serve as a landing zone for its growing rural-to-urban in-migrant population. Instead, this project created a slew of ghost towns, a colossal misstep that accomplished nothing but wasting China’s resources. This begs the question whether feature towns are doomed to the same fate as yet another failed overpriced project.

Te se xiaozhen could be likened to that of Japan’s successful “One Village, One Product (OVOP) Movement”, a regional development program that started in 1979 to address its own urban-rural development gap. Japan exerted great effort into rapid industrialization, leading many of its people to migrate into larger urban centres, and consequently, led to labour shortages in rural areas. To achieve rural economic revitalization, the OVOP movement pushed for widespread active participation from local residents and placed an emphasis on local resources when making development plans. The policy was a resounding success in Japan. Places like Oita increased their number of sales threefold and more than doubled their number of speciality products from 1980 to 2001. Japan’s OVOP project focused on the creation of internationally accepted products and services created by local resources, the self-reliance and creativity of the town, and human resource development. By 1988 the OVOP movement was adopted at the national level by the Takeshita government, and over 3268 villages had received a one-time grant of 100 million yen to reinvigorate their communities.

Japan’s initiative flourished thanks to a rare experiment by the usually highly-centralized government: they allowed the OVOP movement to work entirely under unfettered discretion. Restoring the power of local communities through decentralization provided the energy and originality on the local level that led to its revival. Where Japan focused on its bottom-up approach to tackling rural development, China has reversed this policy to the top-down. While China claims that its feature towns would uplift its rural residents, the idealized picturesque small towns are usually thrown aside in the pursuit of economic functionality.

Chikan, a small town close to the UNESCO World Heritage Site of Diaolou, is being turned into a historical theme park through these feature town projects. Its 670,000 residents have been pushed to eviction to make room for tourist attractions. It seems that so far, rather than taking advantage of the surrounding local culture and resources, local government authorities and property developers have focused instead on creating a brand image to entice investors. The “Happy Town” of Yucheng is an unsavoury byproduct of a policy that places ill-advised economic planning over the livelihood of rural residents. Once speculation grows regarding an alleged feature town, the costs of housing and other goods rise and ultimately drive its population away. In some cases, feature towns merely expand urbanization in cities out towards these rural areas. In truth, China’s feature town policy may only serve to deepen the rapidly growing debt bubble it obtained from the global financial crisis of 2008 and cripple already floundering towns in the long term.

China has already laid out its concerns and scolded local governments for risky spending via the feature town policy campaign. It has failed, however, to acknowledge its own faults in its top-down approach to urbanization. Despite cautioning against blindly demolishing historic districts, building skyscrapers, and the inclusion of foreign culture, the Central Government will need to do more to guarantee that the 6,000 feature towns under construction will not push provinces into debt while still truly respecting the lives of its local communities. For this policy to truly succeed, smaller towns will need to take the wheel. Today, residents of small towns have little-to-no autonomy and are at the mercy of provincial governments in their city’s planned future. The development of rural China is checked by an inadequate power of decision-making and a lack of access to services. Fundamentally, China’s resources may be better spent focusing on those matters rather than attempting to manufacture charming towns to attract tourists.

True ‘feature towns’ should be a direct result of free market competition rather than by policy designs. China has a storied history of single-industry towns that have prospered, but these towns have emerged organically through the rigours of facing global markets. Without examining the individual needs of towns and local ecosystems, without respecting local life, and without ascribing faith in local innovation, feature towns are destined to be nothing more than materialistic gimmicks.

The featured image _IGP7370s by Tomoaki INABA is licensed under CC BY-SA 2.0