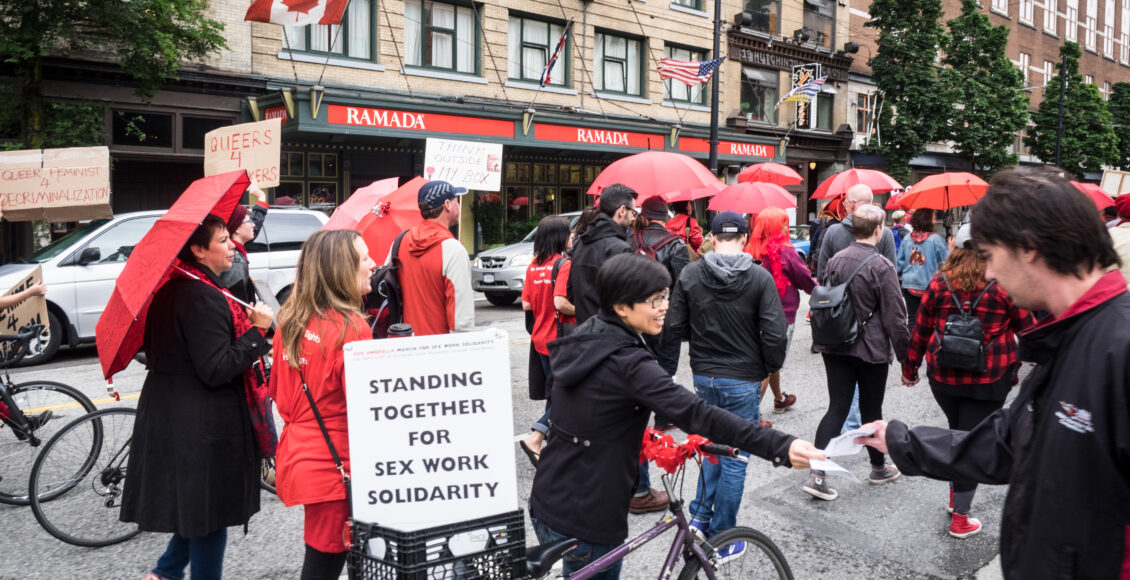 The COVID-19 pandemic exposed many systemic issues, but one that remains unaddressed, despite long-standing precarity, stems from the dangers encountered by Canadian sex workers. With the few legal safeguards in place, sex workers recount physical and sexual violence at an alarmingly frequent basis. Existing legislation on sex workers’ status in Canada is paradoxical and incoherent. In Canada, selling sex services is legal, but purchasing them is illegal — a catch-22 that makes sustenance incredibly difficult for sex workers and their families. Moreover, stigmas framing sex work as “dirty” or “exploitative” exacerbate workers’ forced precarity. The federal government pedals this narrative, with prime ministers from Sir John A. MacDonald to Justin Trudeau balking at the challenge of making real changes to protect some of Canada’s most vulnerable citizens. The federal government has ignored the dangerous realities of prostitution in Canada, and their blatant disregard allows injustices against sex workers to continue.

The recent history of sex work in Canada

Until 2013, “communicating” for the purposes of sex work, living on the avails of prostitution and running a brothel were prohibited in Canada. In the landmark Canada v. Bedford case, the Supreme Court deemed these laws a violation of sex workers’ Charter rights, tasking the federal government under Stephen Harper to either draft new sex work legislation or leave it off the books. In late 2013, then-justice minister Peter McKay introduced a new set of laws in Bill C-36, which prohibited purchasing sex work or advertising it through a third party. This style of partial criminalization, known as neo-abolitionism, was developed in Sweden and has become increasingly popular in European countries. Upon passage in December 2014, Bill C-36 came to be known as the Protection of Communities and Exploited Persons Act (PCEPA).

PCEPA was born in a Conservative regime that believed sex work was nearly always exploitative. Author Francine Tremblay, who is a member of the Montreal-based sex workers’ collective (Stella), labels this perception of sex workers as “criminals, as vectors of disease, as immoral victims and drug addicts” as “whore stigma.” PCEPA symbolizes this stigma, as its creators aimed to eliminate the industry. Indeed, Conservative MPs have stated their intentions to end all sex work in Canada due to perceptions of indecency and exploitation in the field. This approach, codified in PCEPA, endangered workers and triggered a controversy in the industry.

Liberal MPs criticized the new measurement, with many of them voting against PCEPA in 2014. During his 2015 prime ministerial campaign, Justin Trudeau vowed to repeal the anti-sex work laws of Bill C-36. Still, Trudeau and the Liberals failed to overturn the discriminatory legislation, despite being elected as a majority government in 2015. Their continued inaction has provided a de facto sanction for the ongoing discrimination against sex workers.

The failure of Canadian law and government to protect sex workers has led to the manifestation of systemic issues like discrimination by public institutions, physical/sexual violence and limited access to health services. Importantly, these are exacerbated for gender diverse and sexual minorities, racialized minorities, migrant, and disabled workers. In Canada, law enforcement particularly targets Indigenous sex workers more than their white counterparts. So far, the federal government’s inaction has allowed systemic violence, poor health conditions and profession-based discrimination to prevail despite high levels of concern from those within and close to the industry.

It is impossible to get the exact number of sex workers in Canada due to the intense stigmatization, therefore, academic studies looking to understand the industry have used small sample groups to analyze trends in sex work.  These studies show that the overwhelming majority of sex workers in Canada are not forced into the industry as popular opinion suggests; rather, they are typically involved for the money and flexibility it provides. However, the myth of pervasive forced prostitution remains the predominant culture narrative, framing sex workers as victims of an inhumane system rather than independent agents.

Unfortunately, stigma kills. Ongoing studies conducted by the University of Victoria show that sex workers in Canada experience worse physical and mental health outcomes, including higher rates of disability, increased stress, and depression. Canadian sex workers have also claim that police harassment continued even after it became legal to sell sex, and some imply that abuse from law enforcement officials has actually increased. Sex workers describe being grabbed, tased, beaten, and sexually assaulted by police officers. One woman said police officers “punched [her] in the ribs and fractured one of [her] rib cages.” The problems faced by individuals in sex work are long-term and systemic. Serious action from the federal government is necessary to address these issues and mitigate the dangers that sex workers encounter.

The future of Canadian sex work

Whether one believes that prostitution is morally correct or not, there is no denying that sex work in Canada is an unnecessarily dangerous profession. Bill C-36 was never meant to improve the conditions of sex workers; it was designed to limit their ability to work in the first place. The obvious failure to end all sex work means the Canadian government must legalize and normalize sex work to protect the members of this community. The federal government has allowed this legislation to remain in place, and is therefore complicit in the violence and discrimination that accompanies it. All human beings are entitled to a safe workplace, and more action needs to be taken to make this a reality for sex workers. If we have learned anything since the Harper regime, it is that the world’s oldest profession is not going anywhere.