Sharp Edges of a Broken Glass Ceiling: Women in Leadership in the US and Asia 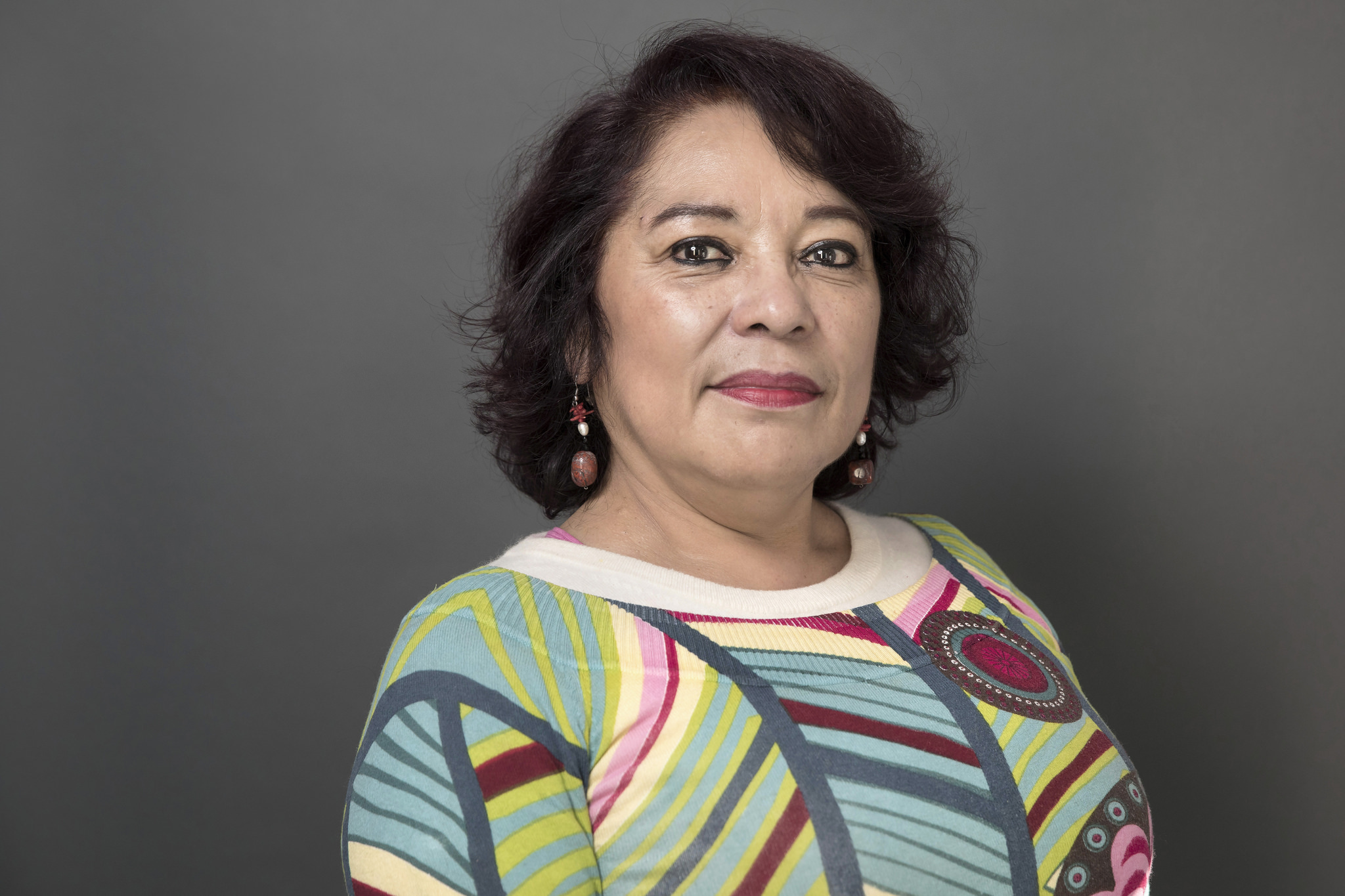 Both cultural barriers and structural gender discriminative policies are interwoven in a way that systemically inhibits the advancement of women in political leadership. As a result, there are currently only 20 women that represent as world leaders, accounting for only 6.3% of the current 315 heads of state. Traditional notions of women restrictively fixed upon the role of mothers as caregivers in the private realm or a lack of childcare policies reinforces the gender gap of women who take up leadership in the public sphere. However, one cannot simply generalize that the advancement of women is inherently and resultantly unachievable at an international level or assume that women in all countries face the same barriers in leadership positions. For example, countries in Asia as well as in Europe have seen the rise of significant female leaders such as Indira Ghandi and Angela Merkel. The prominence of female leaders raises the question of why such an internationally prominent country like the United States has been unable to elect a female president and finds itself significantly disproportionate in the representation of women in political leadership. This dichotomy of political movement in the Asia-Pacific region is best explained by Niall Ferguson, who observed “we have this curious gender polarization in politics where one part of the world is moving in the direction of female or feminine leadership, and the other part of the world is yearning for macho leadership.”

Although the United States has come far in its advocacy for women’s rights, the US still lags in placing women at the top of its political office. According to the Inter-Parliamentary Union in 2016, the United States ranked 99th out of 193 when comparing the percentages of female lawmakers in national legislatures, where 20% of the United States House of Representatives and only 12% of governors were women. With the election of Donald J. Trump in 2016 against the first female nominee of a major political party, Hillary Clinton, this issue has re-surfaced. The question of American women in political leadership and gender was at the forefront of the election, “but experts cautioned against seeing the election as merely a referendum on the idea of a female president.” It is highly contentious to generalize that this election was simply a display of man versus woman and the readiness for women to take leadership. Genderization of the election is a given factor as one would think that Clinton’s extensive political track record, whether as a former Secretary of State, senator, or First Lady, would provide her some comparative leverage; however, this “both propelled her and left her dangling the edge” as controversies, gendered insinuations, and email scandals took over the headlines. Outside of the election, political and social culture within the United States has contributed to the “pipeline problem” of too few women at the top in all spheres of influence – whether it be  from self-imposed seclusion from politics and leadership roles due to household norms, a lack of media visibility and gendered coverage, or biased access to fundraising. In a more structural perspective, the notions of masculinity in the consolidation of presidential power and difficulty of direct competition present in a presidential system versus a parliamentary system may also become a factor. 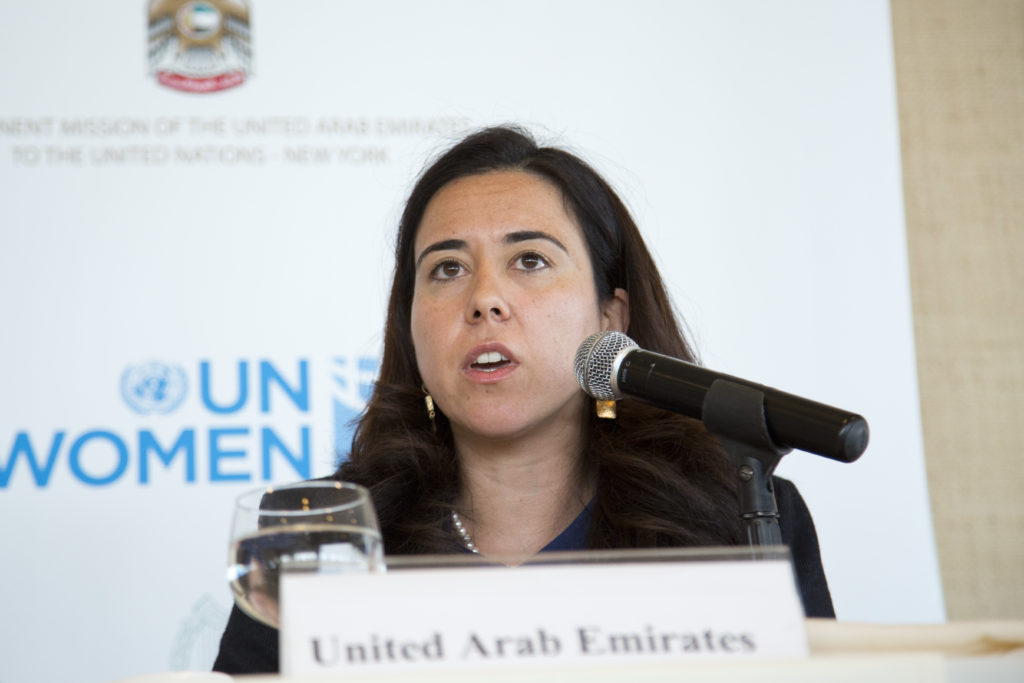 The rise of women in Asian politics has taken quite a different turn, with “more than a dozen [who] have headed governments in modern Asia”. To this day, many Asian governments are notable for the number of women who hold significant roles in leadership – in the Philippines where women make up 37% of senior political roles and in Thailand where women make up 36% respectively. Much of the history of women’s involvement in politics is derived from traditional dynastic or familial ties from political families. For example, Indira Ghandi, who ruled India in the 1980s, was the daughter to the first Indian Prime Minister, Jawaharlal Nehru. Benazir Bhutto, the prime minister of Pakistan in the 1980s and again in the 1990s, was the daughter of previous Pakistani Prime Minister, Zulfikar Ali Bhutto. Outside of the political sphere, women have also found independence in family businesses that may contribute to a culture of leadership. Francesca Lagerberg of Grant Thornton says, “women have taken over family businesses, run them incredibly successfully…and opened the doors for other women to come through. A chief executive of a large organisation told me that if a woman becomes chief executive, it’s nothing unusual now.” However, this does not imply that women in Asia are not subject to conservative gender roles of marriage and childcare, limited childcare support, or pay inequity, creating a high “price of entry” when women enter politics.

More recently, the Asian region has seen the rise of more “self-made” women in politics, such as Yoriko Koike, who serves as the governor of Tokyo, and Tsai Ing-Wen, who is currently the president of Taiwan. Both of these leaders have extensive academic backgrounds abroad and no familial ties in governance. In her administration, President Tsai Ing-Wen, the first female president of Taiwan, has instituted quotas in the legislature and districts, increasing percentage of women in the legislature to 38%. Though Asia has seen the rise of women in political leadership across countries such as Singapore, Sri Lanka, and Japan, one must be careful not to dismiss issues surrounding women in leadership in Asia as having been resolved.

Though the glass ceiling has been symbolically broken, where many women in Asia hold the top post as the head of state, internal barriers continue to exist as jagged pieces of remaining glass become sharp edges and distorted images of gender equality. It is simply assumptive to equate having women at the top of businesses and politics with having successfully achieved equality, presuming a neoliberal feminist perspective that women in leadership will always promote gender equitable policies that “trickle down” into society to advocate for all women.  Gwen K. Young of the Woodrow Wilson Center’s Global Women’s Leadership Initiative states that “having a woman president is important to gender equality but it is not the only thing, there’s no guarantee that a president can make that much happen.” Increasing the number of women in leadership is only the first step and should not be provided as a “blanketing of equality” over the intersectional and varying lived experiences of all women; interwoven barriers across cultural and structural norms and policies still behave as sharp edges in the remaining pieces of the glass ceiling. For example, both President Tsai Ing Wen and Governor Yoriko Koike are unmarried and have no children, reinforcing the notion that having a successful political career may come at the expense of maintaining a traditional household as housewives and mothers. President Tsai’s Cabinet also only has 4 women out of 40 seats, citing that women have turned down the post due to obligations in the home. Thus, the advancement of women in Asia still has room to grow. A survey conducted in India shows that 4 out of 5 women still require the permission of their husbands to receive medical treatment or attend appointments, 1 out of 4 Indian women are in the workplace, and domestic violence is still highly prevalent.

The race to leadership for women in politics is different across Asia and in the United States. Much of the discussion around women in American politics in the past year has stemmed from a highly controversial election and the Clinton campaign; however, reaching gender equality in both the private and political sphere is beyond simply breaking the glass ceiling. One cannot disavow that such a contested presidential election was not influenced by deeply rooted structural barriers and normative assumptions that systemically and historically disadvantage women throughout American society. Although it is commendable that many women in Asia have risen to leadership in politics and shattered the glass ceiling, it must be noted that the advancement of women will not simply “trickle down.” The wave of empowerment cannot just stop when women are placed at the top of the post,  but requires a deliberate and holistic approach within all levels of society to sweep away all the sharp edges of gender inequality.