“Space Force”: What is it Good For? 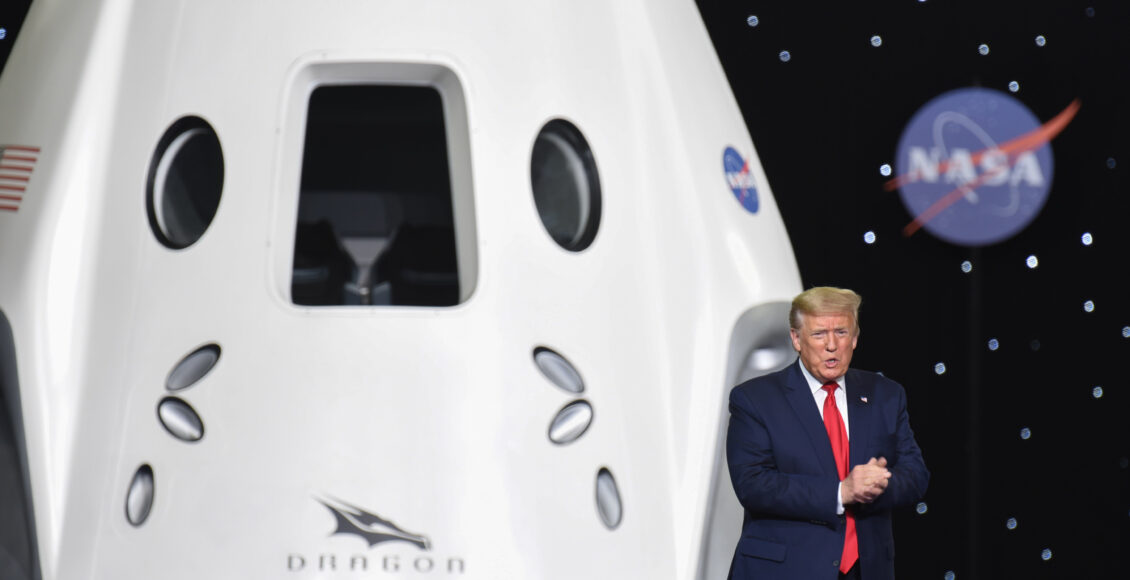 This article was co-written by Eponine Howarth and Nacho Vilanova.

In 2018, President Donald Trump announced the creation of Space Force, a new branch of the United States Armed Forces. Prima facie, the idea is curious. The very language echoes a scene out of Star Wars or any other cult Sci-Fi film; astronauts with weapons fighting oddly shaped creatures. Most recently, the popular Netflix comedy series starring Steve Carrell has made a mockery of the concept. Nonetheless, the proposal is worth an examination. Current equivalents of this Space Force already exist in other countries, such as the Russian Space Forces and the Chinese People’s Liberation Army Strategic Support Force. Given this reality, perhaps the proposition is not so ridiculous. With communication technologies playing a key role in modern warfare and lifestyles, the Space Force has far-reaching geopolitical implications and should be analyzed as such.

Initially, Trump didn’t reveal much about the plan itself. In a speech announcing the creation of Space Force, he told a crowd of Marines that he originally coined the term as a joke. Later, he explained that “from the very beginning, many of our astronauts have been soldiers and airmen, coast guard men and Marines. And our service members will be vital to ensuring America continues to lead the way into the stars.” The White House also indicated that the actual rationale behind Space Force was a focus on preserving satellites and facilities for international communication.

Indeed, communication technologies play a key role in national and international political systems. Intricate networks of communication satellites affect power distribution and control and can create dangerous dynamics of dependency. As such, sovereignty can be secured only with national control over the channels via which information is sent. Mark Albrecht, executive secretary of the National Space Council from 1989 to 1992, underlines that “Space is a place where there is now tens of billions of dollars. Everything from financial transactions to the GPS that guides your car is controlled from space or at least facilitated by space.” Thus, having the ability to defend and protect these technologies presents a strategic interest.

In addition, as the United States anticipates future economic growth in space, it needs to enable an expanding multi-trillion-dollar economy and protect space commerce. As space activities expand to involve citizens in private space flight, and industries begin to mine asteroids and the Moon, these operations will present various hazards due to increased debris and traffic. Space Force could encourage commercial activity in space by protecting space operations. Looking towards the future, it could also accompany industrialist Elon Musk’s plans to make our civilization multi-planetary and Jeff Bezos’ desire to industrialize space.

Yet, beyond protecting the interests of the United States in space, the language surrounding the initiative is significant, and the use of the term “force” is not innocent. It evokes coercion, or the threat of violence and physical strength, and ultimately only further militarizes the discourse around space exploration.

Space exploration has long been a proxy for other geopolitical rivalries and competitions. During the Cold War, the “Space Race” between the United States and the Soviet Union led to the first man-made object, Soviet satellite Sputnik 1, orbiting the Earth in 1957 and to the first Moon landing by Apollo 11 in 1969. Because of these geopolitical rivalries, the discourse around space exploration promotion has pushed national security to the forefront of matters. This narrative lens was also a means of securing funding. In 1960, NASA’s Wernher von Braun, director of the Marshall Space Flight Center, argued that American national security was threatened by the Soviet Union’s lead in space, thus urging Congress to strongly back the space program.

In a more recent context, the United States has argued that the new military branch would protect the nation from galactic threats presented by adversaries and address the growing presence of Russia and China in space. These countries have the ability to develop weapons that could jam or destroy the satellites that are vital for communication systems. This, according to the US, was demonstrated by China in 2007 when it carelessly shot down an ageing satellite of its own, Feng Yun 1C, in a test.

Alas, the description of space by the President as “a war-fighting domain, just like the land, air, and sea” is far from reassuring. Similarly, Vice President Pence believes that, in the same way the Air Force was created, the time for a Space Force has come, insisting that “the space environment has fundamentally changed in the last generation; what was once peaceful and uncontested is now crowded and adversarial.” The Pentagon, after Pence’s announcement in August 2018, released a report with further details, including the establishment of a Space Development Agency that develops national-security capabilities in space, a Space Operations Force which comprises space experts, and a United States Space Command led by a four-star general that would direct warfighting operations in space. More recently, the chief of the National Guard Bureau, General Joseph Lengyel, stated that a “Space National Guard” should be established.

The discourse held around space exploration in the United States has long been nationalistic. But, in recent history, there has been growing cooperation between various countries’ space agencies for scientific research. While geopolitical rivalries and scientific cooperation have always been two dynamics unfolding simultaneously, the rise of American private contractors and their collaboration with the US government is currently prioritizing national interest over international cooperation. The militarization of space risks being detrimental to scientific partnerships by encouraging adversarial behaviour.

Overall, the military nature of the Space Force will only escalate tensions between Great Powers, many of which are also working on their own iterations of the program. Already in July 2019, French President Emmanuel Macron announced the approval of the creation of a space command within the French Air Force to improve the country’s defence capabilities. In addition, he called the renewed military focus on space a “true national security issue” and allocated €3.6 billion to defence in space from 2019-2025.

Trump’s Space Force is symbolic of the administration’s general desire to “Make America Great Again” and to “Make America a Leader in Space Exploration Again.” While doing so, the United States is employing a language of adversity and warfare. The ongoing militarization of outer space is bad news for promoters of international peace. The proposal, despite not involving space cowboys and being an earth-based operation to protect infrastructure in space from attack or hacking, is only more costly and creates more bureaucracy for something that the American Air Force Space Command already does. The Space Force budget is set to reach $15.4 billion in 2021, compared to just $40 million in 2020, a sum derived from the Air Force’s budget. In addition to these tremendous costs, the potential for heightened geopolitical rivalries should not be overlooked — implementing a US Space Force will only encourage an arms race in outer space.

Featured image: “US President Donald Trump stands next to a mockup of the SpaceX Crew Dragon capsule,” by Daniel Oberhaus, licensed under CC 4.0.