How SpaceX Is Driving Space Development and Innovation 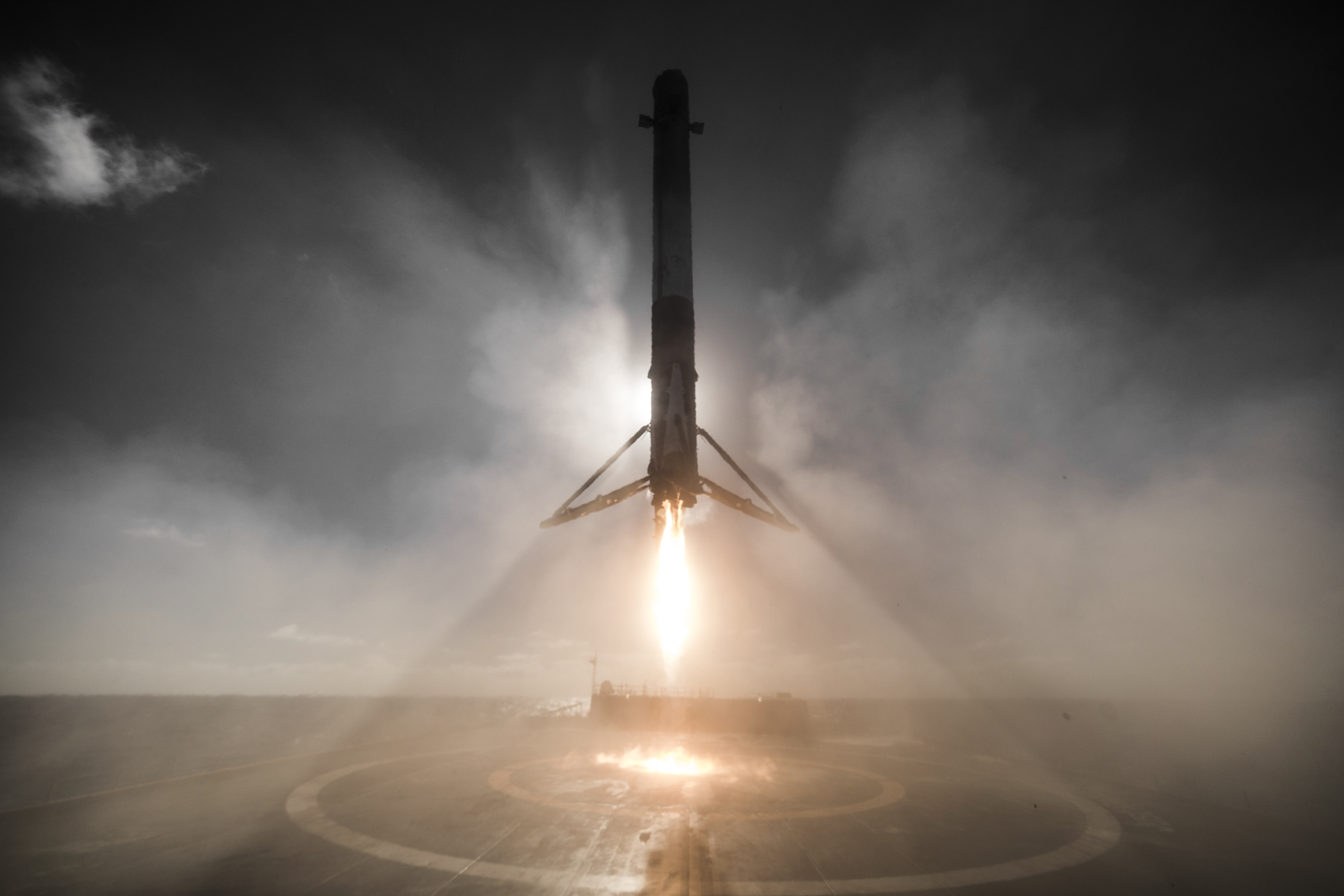 SpaceX has been all over the news lately regarding its mission to Mars and its unprecedented ability to land and reuse its rockets. The accomplishments and future plans of SpaceX represent the cutting edge of space technology and discovery.

In the aftermath of the Second World War, the United States and the Soviet Union embroiled themselves in a competitive arms race. This evolved into the so-called Space Race in which space exploration became a public demonstration of military and technological might. In 1961, President John F. Kennedy announced the United States’ intention to land a man on the Moon, stating that “no single space project in this period will be more impressive to mankind, or more important for the long-range exploration of space.” The Apollo program was launched and within the decade the United States became the first country to successfully conduct a manned mission to the Moon. However, after such fervent enthusiasm to land on the Moon, most space exploration has been unmanned and humans have not explored beyond low-Earth orbit since the last Apollo mission in 1972. Why is this? For decades, there has no longer been an interest in funding such efforts.

However, Elon Musk, founder and CEO of SpaceX, appears to be revolutionizing this mindset. Musk is a brilliant man and billionaire visionary who does not fear operating at a loss while pursuing remarkable technological advancement. He is a pioneer in a new space race: the commercial space race.

SpaceX is a company which designs, builds, and launches rockets and spacecraft. It was founded in 2002 with the ultimate aim to make humans a multi-planetary species. Currently, SpaceX ferries cargo to and from the International Space Station and launches satellites for private companies and the American Air Force.

SpaceX has a far more ambitious goal. The company is working on manufacturing a new spacecraft, the “Big F***ing Rocket” (BFR), designed for its mission to Mars. This vehicle would be nine metres across, bigger than the Apollo Saturn V rocket, and the largest spacecraft ever built. SpaceX is also exploring the possibility of using the BFR for suborbital travel between cities on Earth. It is estimated that with the BFR most long-distance flights would take less than 30 minutes and that one could get anywhere on Earth in less than an hour.

SpaceX is becoming increasingly intentional in its plan to travel to and colonize Mars, recently disclosing some forthcoming goals. In 2022, SpaceX plans to send two cargo ships to Mars to identify available water resources and hazards to human settlement and to set up infrastructure needed for future flights. Just two years later in 2024, SpaceX hopes to fly humans to Mars to begin colonization. This second mission also plans to set up a plant that can synthesize rocket fuel for return journeys.

SpaceX has not revealed any definite costs of its Mars mission, and its financing plan remains unsettled. However, Musk has shared his intention to put aside all of SpaceX’s other products to sustain the costs of building the BFR, which will eventually be used for “all types of missions, not just ones to Mars.” Profits from SpaceX’s business of launching satellites and servicing the International Space Station will go to fund its Mars mission.

Musk’s plans are bold and assertive but seemingly lack substantial detail. Some critics point out that, although it may seem tempting for some thrill-seekers to be the first humans to walk on Mars, it may be difficult to find people ready to go colonize an airless, irradiated wasteland. On another note, it is questionable whether people will even be able to create a self-sufficient planetary economy and ecosystem on the red planet. Musk has been criticized for his tendency to over-reach and over-promise. Robert Zubrin, president and founder of the Mars Society, qualified his plan as “much too big and fantastical.” NASA suggested that “humankind first needs to learn to live in space entirely independently of contact with Earth before going to Mars.” Despite criticisms that Musk’s plans are over-ambitious, he is plainly helping accelerate space discovery and commercialization. The innovativeness he has demonstrated in all his companies, notably his electric car company Tesla, has made him a trusted entrepreneur who inspires and stimulates other scientists and high tech businesses to generate their own ideas and innovations. Musk and SpaceX are at the centre of a new era of space development and innovation.

Notable in its role in driving space innovation, SpaceX’s business model places a strong emphasis on the reusability of its vehicles to make its launches more financially and environmentally sustainable. Most rockets have hitherto been discarded at sea. This year, SpaceX became the first company to reuse rockets commercially. It safely launched, landed, and re-launched its Falcon 9 spacecraft over a dozen times. With SpaceX’s new technology to reuse spacecraft, launches will get cheaper, which, in turn, will increase the variety of things people want to do in orbit. SpaceX’s example-setting agenda has provoked other companies like Blue Origin, which was founded by Amazon CEO Jeff Bezos, to eventually offer services of reusable heavy-lift rockets.

On another note, SpaceX has agreed to take two individuals on a trip around the Moon in 2018, and the company does not expect this to be a one-time mission. SpaceX said that other people have expressed strong interest in making the trip. Starchaser, a space tourism firm founded a decade before SpaceX, insists they will also have a play in the market. “[We’re] nearly there and we’re just a couple years away from launching people on holidays into space,” said Starchaser managing director Steve Bennett.

SpaceX is also not the only organization with a mission to go to Mars. NASA is building its own rocket systems to take humans to Mars. Planning on executing its first mission in the mid-2030s, it will be a competitor to Musk’s BFR. Lockheed Martin has also presented a plan for a manned mission to Mars consisting of a six-person space station that could be orbiting the planet by 2028 and a lander that could descend to the surface.

A key approach Musk employs to continue inducing technological innovation is knowledge sharing. His devotion to sustainable and communal growth seems to dominate a subordinate profit-making mindset. After releasing all the patents to his electric car company, Tesla, Musk said, “the world would all benefit from a common, rapidly-evolving technology platform.” Sharing his company’s intellectual property was Musk’s way to encourage innovation in the electric car industry with a longer-term goal of stemming climate change. The benefits outweighed the potential costs of losing some competitive advantage. Conceivably, this cost-benefit rationale does not perfectly apply for SpaceX since the market for space exploration remains fairly small. However, extrapolating from the space development’s current trajectory, prices will likely go down and the demand for space tourism and commercialization will continue to grow. In this case, if his ultimate goal is indeed to achieve a Martian colony, it is in his interest to share his technology.

It is impressive to watch this new stage of space development and innovation unfold. It will be interesting to see the extent to which SpaceX and other players will collaborate or compete in the coming years. In this way, perhaps the next space race will be a race to Mars.