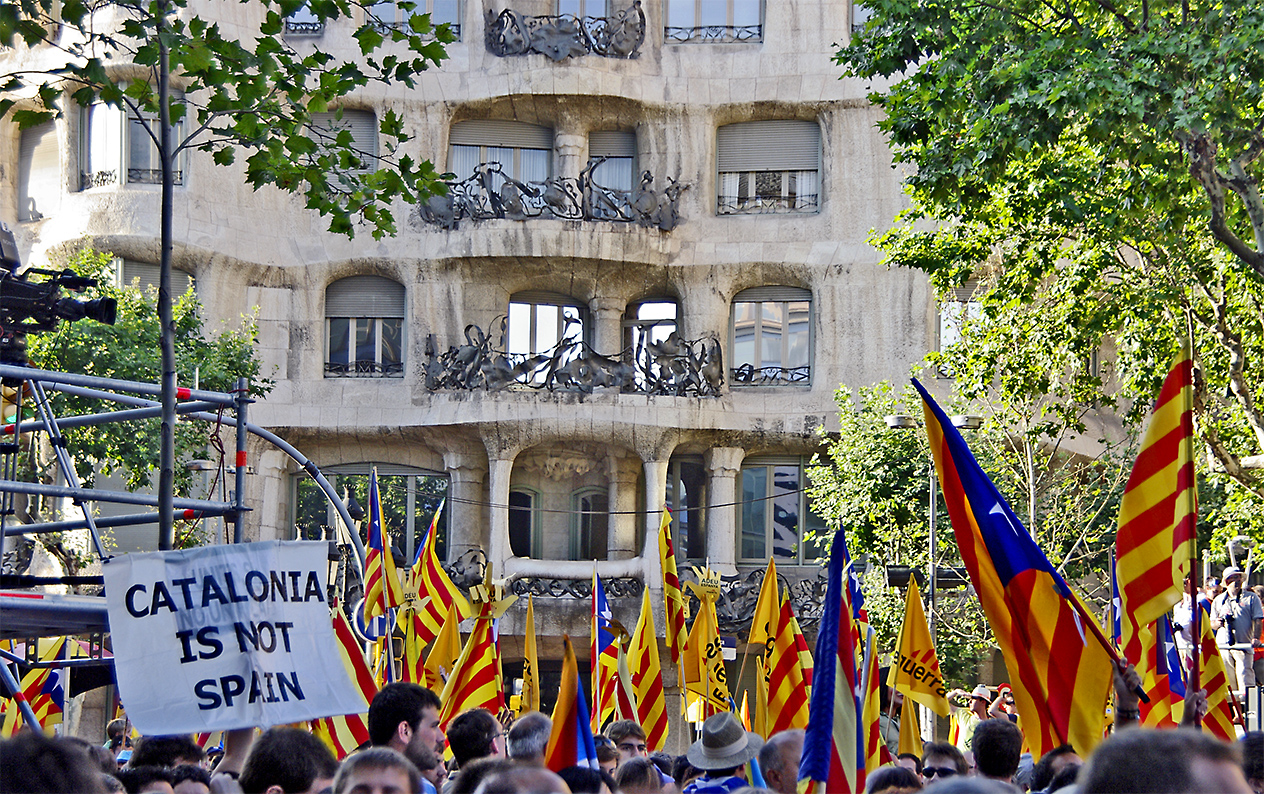 Many of the political events that took place in the past year have called to question the future of the European Union. Indeed, its mandate, which calls to promote the political, social and economic harmony among nations, is being questioned as major member states are being forced to reconcile their own internal problems in an increasingly interconnected world. Unlike other Western European countries that are facing division domestically, Spain has shown to be the exception to this trend as it has maintained a moderate and fairly stable government and a promising economy. In October of last year, leader of the conservative Popular Party (PP) was re-elected to Parliament by a victory of 170 to 111 lead by Mariano Rajoy. Among the list of concerns the incumbent party is faced with, Mr Rajoy’s government is also confronted with the pending situation in Catalonia where a growing independence movement has gained significant resilience since Carles Puigdemont, the regional president of Catalonia, was elected in January 2016.

The level of influence Catalonia holds on Spain’s role in the international arena must not be underestimated. The region holds one-fifth of Spain’s economic output and an education and healthcare system separate from the rest of the nation. Undeniably, Spain cannot afford to dismiss Catalan’s independence movement, since a Catalan exit would prove to have enormous effects on the country. A “de-coupling” from Spain may not be completely unimaginable as the Catalan parliament and local councils are increasingly gaining a larger sphere of influence, further devolving itself from Madrid.

Catalonia has had rather tense relations with the central government recently as it is increasingly dissatisfied with high taxes and the politicization of the courts–the latter of which saw the judiciary suspending a  referendum with regards to Catalonia’s independence from Spain in November 2014. The case which is still pending means that former Catalan President Artur Mas could face a jail sentence for violating the Spanish Constitution, which requires consent of the centralized government for any region in Spain to hold a referendum.

Unfortunately, none of these incidents have made it easier for the Spanish government to comply with the people of Catalonia. If anything, it has added another layer of complexity towards Spain’s aim to be a leading member of the European Union. A poll held as recently as January 5, asked Catalonians whether Catalonia should have a referendum deciding over its independence, an overwhelming 76.6% agreed in favour of a referendum. Despite the central government’s efforts to quash President Puigdemont’s calls for a plebiscite, it may seem likely that a referendum will be called, in which case Mr. Rajoy’s government must be prepared. The Prime-Minister has stated he is not opposed to coming to agreements with Catalonia, but has yet to formally open a dialogue with the Catalan leader. Given how Mr Puigdemont is re-igniting strong independence sentiments again, it is imperative that Madrid pay more attention to the situation at hand, and make concessions accordingly.

It seems that the underlying factor between this strong resurgence for independence is due to the tense relations between the central government and Madrid. In 2010, the constitutional court supressed an agreement made in 2006 that gave the region of Catalonia increased powers over its judiciary, and financial independence through increased tax resources .  The current government must be able to prove they are capable of effectively maneuvering a cohesive set of policies (such as taxation benefits and a more federalized government) should they want to avoid the reality of separation. Making concessions in a democratic manner towards Catalonia’s demands is key, rather than labeling all of Catalonia’s requests as “unconstitutional”. It is important that a dialogue between the two parties takes place, as Spain has shown in the past decade, is had been an exemplar of political renewal and active citizen engagement in politics. This will prove to be an asset if the country aims to become a leading player in European politics, but at the same time it must not forget the democratic means to achieve internal agreement requires that Madrid make the first move to begin a dialogue and make amends with Catalonia.

Thus the question remains, will Spain be able to solve Catalan resentment while simultaneously forging a path for itself in the European Union?

While it is true that events in Europe have called into question whether the nature of the European Union—a collection of nations seeking peaceful and democratic relations—will remain in tact after various domestic political upheavals, it is important not to forget that this alliance of states has been so successful because of its unique composition of nations, not in spite of it. Rather, what is being called to question is how Spain and the European Union can work towards giving concessions to certain groups that feel they are being neglected, without compromising the framework of each state within the Union. If Spain is able to resolve this internal issue, not by diminishing the voice of the Catalonians but adhering to some of its concessions, then certainly it will have earned a spot as a leader in the European Union.