Spain’s Overreaction to the Catalan Referendum 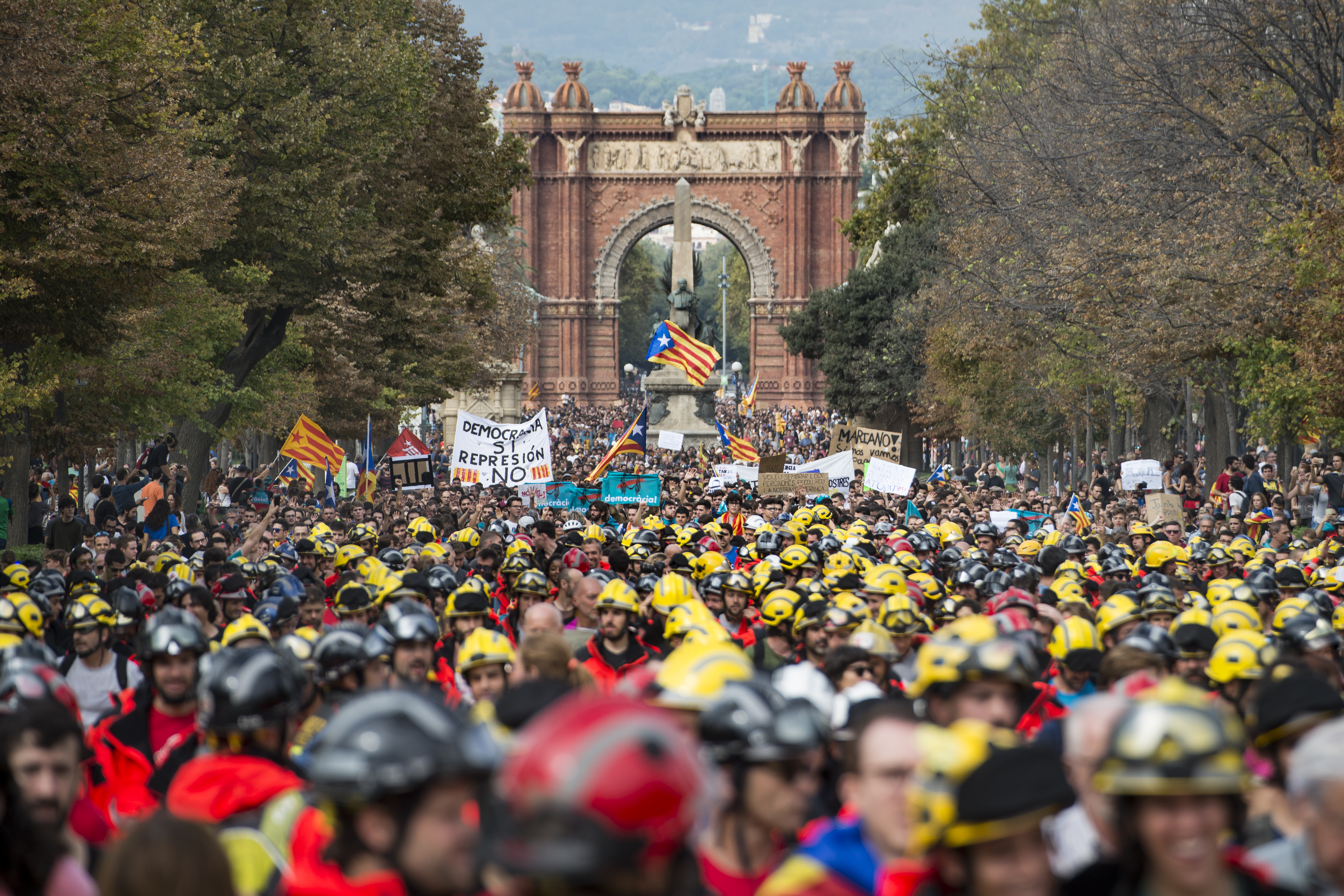 As the political tensions and constitutional conflict between Catalonia and the Spanish government continue to escalate, analysts would benefit from asking why Madrid so violently cracked down on the referendum in the first place and, in turn, set the country on a spiraling collision course with dire consequences. In order to fully comprehend Madrid’s reaction, analysts must focus attention on the reaction of the Spanish government rather than debating questions of the legitimacy of Catalonia’s claim for independence.

The Spanish constitution of 1978 guarantees the unity of Spain unless the parliament passes a law agreeing to one of the provinces’ full autonomy. This clause, therefore, rules Puigdemont’s latest referendum illegal, and so agrees the European Commission. These facts ask the question: if Rajoy’s government has law, the European Union, and other countries on its side, why would it risk the credibility of Spanish democracy by ordering violent police raids in the streets of Barcelona and leaving more than 900 people injured?

On October 1st, thousands of Catalans went to the polls to cast their vote on Catalan secession and independence from Spain. This referendum was, however, declared illegal by the Spanish government, which demanded that polling places be closed down. The morning of the referendum, national riot police forces were deployed to the streets of Barcelona and were subsequently seen charging crowds, beating voters, blocking their access to the open polling places, and forcing themselves into the same polling places to seize boxes containing ballots. Over the next few days, massive demonstrations, a general strike in Barcelona, and public statements from international actors all followed. The European Commission, while recognizing the illegality of the referendum, condemned the abusive use of force of the Spanish government. Some UN officials added that these violent measures taken by Rajoy “appear to violate fundamental individual rights.”

On October 2nd, Puigdemont asked for the withdrawal of the national police forces in exchange for international mediation, to which Rajoy refused. King Felipe VI joined the side of the Spanish government by accusing the Catalan government of disloyalty and dangerously threatening Spain’s stability. Rajoy made Puigdemont a deal: he would open communication channels as long as Puigdemont renounces independence entirely. Puigdemont was therefore left in an uncomfortable position: either betraying his supporters, who would hold him accountable for his capitulation, or refusing the ultimatum and unilaterally declaring the independence of Catalonia, which would hardly be recognized internationally. Implied behind this deal is the ability Rajoy holds to employ Article 155, which would suspend the authority of the regional government of Catalonia to rule and call for new elections for the Catalan government.

Several reasons might explain why Rajoy decided to behave the way he did on the day of the referendum. First, this referendum, as illegal as its predecessors, could have been the straw that broke the camel’s back. Catalonia has long been contesting its connections to the Kingdom of Spain to great Spanish disapproval. Since the Spanish government and courts had warned Catalonia about the illegality of the referendum a month prior to when the referendum actually took place, Rajoy thought that using violence and ultimately scaring Catalans into submission could teach Catalonia to respect Spanish rule of law and put an end to independence talks.

Second, the escalation of violence could also be explained as a fistfight for authority between two politicians: Rajoy and Puigdemont. The two men have been at odds politically and in a struggle for authority in the past. It is, therefore, possible that, in order to impress his political rival, Rajoy tried to squash what he perceived as a political rebellion by deploying forces to the streets of Barcelona. It could be seen as a strong reminder about who ultimately holds power, who has the monopoly on the legitimate use of force, and who is the legitimate state entity.

A third answer as to Madrid’s violent response relies on Madrid’s assertion that the referendum was plainly illegal. A strong state cannot knowingly let illegal activities take place, lest it lose all credibility. Therefore, in the eyes of Madrid, the referendum needed to be treated as an illegal action and be immediately prevented from happening. The central government subsequently chose force as the means to do so.

Finally, Rajoy’s decision could have also been a matter of risk calculation. Was it worth risking having a referendum with substantial turnout and a result showing popular favour for independence? The referendum being illegal, any answer to it would technically not be legally binding. However, illegal or not, once a crowd of enthusiastic activists is mobilized, it is hard to stop the movement. Self-determination does not require to be claimed in the legal language of the constitution of the larger state authority; if enough support is shown for independence, popular support can be mobilized to fight for it. Madrid may have thought that a “yes” vote from the referendum was too risky for the unity of Spain. It then looked for ways to avoid this risk. The answer it chose was to prevent the vote from taking place altogether, whether it be by closing the polling stations or forcefully preventing people from voting.

Now, which explanation is the most convincing? Madrid not only had law on its side but also the numbers as well. Recent polling data show that pro-independence Catalans constitute a minority of the voting age population. Therefore, the referendum could have likely been a resounding “no.” It is true, however, that anti-independence Catalans had claimed prior to the decisive vote that they would boycott it, making it harder for the referendum’s proposal to be overwhelmingly rejected. Nonetheless, the referendum would have then lost credibility, as it would not have presumably reflected the opinion of the majority. The rule of law argument —that the Catalan government was violating the constitution and trying to bypass the law— would then have been a strong argumentative stance by Rajoy. The European Union and all other European countries for which the precedent of having an independent Catalonia is unsettling would have strongly backed Madrid against Barcelona. Nonetheless, by reacting with violence, Rajoy is making would-be supporting countries evaluate their values. The raids deployed against the voters have been qualified as violations of human rights, and these other European countries were forced to call Rajoy out on his abuse of power while advocating for mediation talks between the two governments.

With violence, Rajoy is not only trying to force Catalans into submission but also legitimizing their claim to self-determination by viewing independence as a serious threat, when he could have simply dismissed it. Madrid got scared. Rajoy could have tried to appease the crowds and open channels of communication. Instead, he decided to rule with an iron fist, making future claims for Catalan independence even more justified and passionate.