Speak Loudly And Carry A Bigger Stick: The Implications of Trump’s Escalation of the Syrian Conflict. 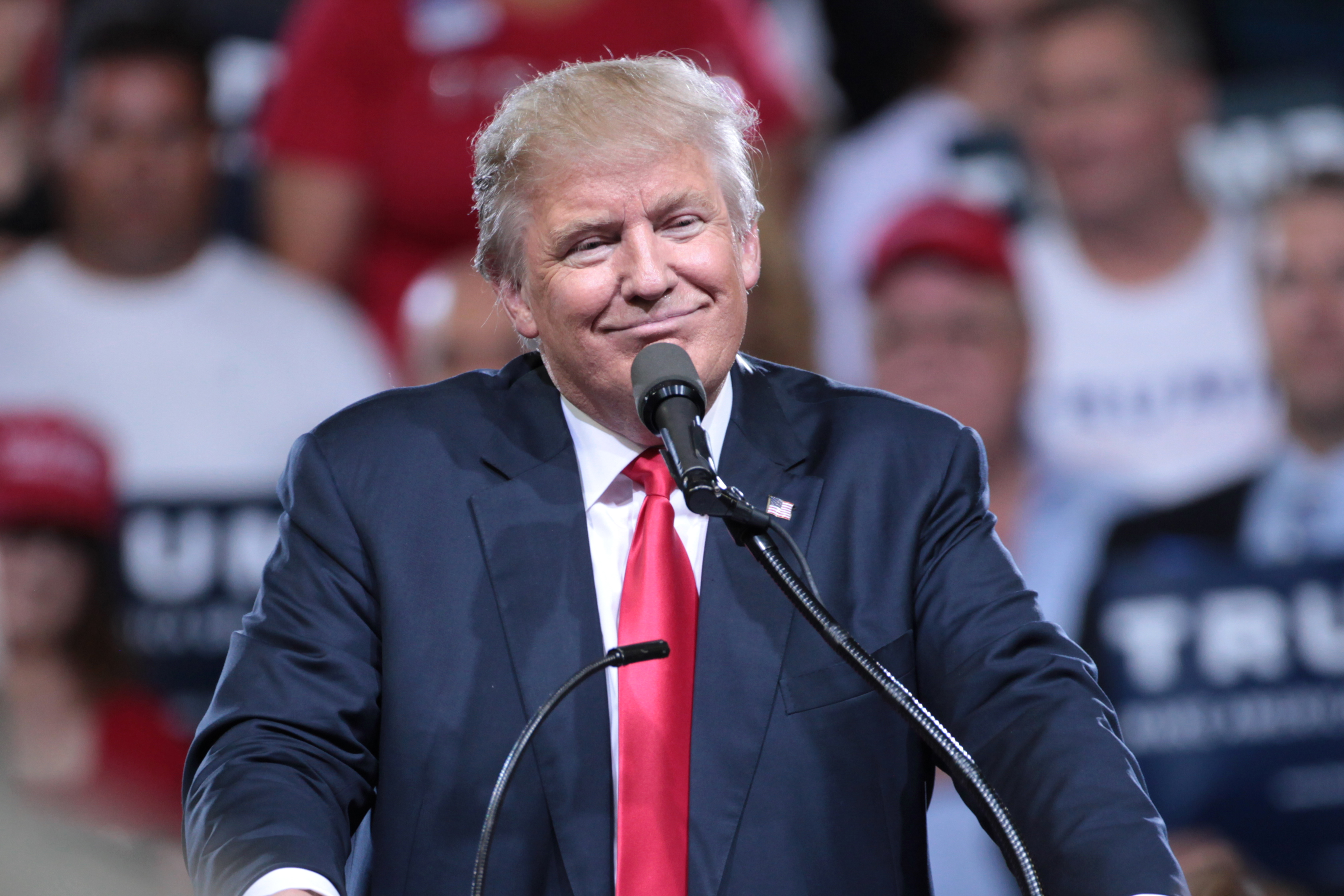 President Trump’s missile strike on a Syrian military base in Homs Province to punish the Assad regime for its latest criminal chemical weapons attack is a game-changer in the politics of the Syrian civil war.  The Tomahawk missile assault was a tactical move, not a 2003 Iraq-style strategic decision to engineer regime change in Damascus. Trump was careful to inform the Kremlin before ordering U.S warships in the Mediterranean to launch a cruise missile attack on the Baathist regime’s air force base. There is no real risk of a 1973-style superpower (Putin’s Russia, unlike Brezhnev’s U.S.S.R, is not a superpower – yet) confrontation or even a 1999-style Belgrade/Kosovo crisis between Moscow and Washington. The missile strike was precise, proportional and punitive, and has won the Trump administration key U.S allies in the Middle East – Israel, Turkey, Saudi Arabia, Jordan and the UAE.

Trump’s use of force now means the United States can no longer allow Russia and Iran to protect the Assad regime even while it commits war crimes against its own people. While the U.S is willing to use missiles or even drone strikes to punish the Assad regime, full-scale military intervention in Syria is as unthinkable under Trump as it was under Obama. The Pentagon and the U.S public is still too disillusioned by the human and financial costs of the protracted, bloody wars in Iraq and Afghanistan to support such a campaign. Trump’s strategic priority in Syria is to destroy Abu Bakr Al-Baghdadi’s renegade Islamic State caliphate and recapture its capital, Raqqa, rather than remove the Assad regime from power, no matter how reprehensible its war crimes against its own people. The U.S missile strike was ultimately a message to Moscow, Tehran, Beijing and, above all, Pyongyang that the new U.S President speaks loudly and carries a big (cruise missile) stick!

The Syrian revolt that erupted in February 2011 after Baathist regime henchmen tortured teenage boys to death in Dera’a, has now entered a new, more dangerous phase. The Alawite minority regime that rules Damascus has only survived thanks to the military intervention of Russia, Iran, and Hezbollah. The human costs of the Syrian Civil War have been horrific – 400,000 dead, 4.8 million refugees, 7.6 million people displaced. The Assad regime is guilty of crimes against humanity on a scale only last seen in the Middle East when Saddam Hussein murdered 5,000 Kurds in the Iraqi gas attack on the town of Halabja. As with his father, Hafiz Al-Assad’s, brutal response to the Syrian Brotherhood’s uprising in Hama in 1982, Bashar Al-Assad is willing to kill as many people as it takes to ensure his Alawite clan’s chokehold on absolute power in the ancient heartland of the Arab world.

Unlike the case in Egypt or Tunisia, Syria has no independent, professional officer class able to remove the President from power in a bloodless coup d’état once he loses political legitimacy among the masses. In Syria, Alawite officers command the regime’s most sensitive ranks, multiple intelligence agencies and militias – and their conflict with the Sunni rebels has now taken a dark, existential turn. The Alawite know all too well that their clans risk facing genocide if they are defeated by their jihadi Sunni enemies in the battlefield. Russia and Iran decided that the fall of the Assad regime to Turkish, Saudi, Qatari and C.I.A.-backed rebels was unacceptable. The Pentagon, disillusioned with the Libyan intervention, was unwilling to confront Iran’s Revolutionary Guards, Hezbollah’s guerilla units and Russia’s Sukhoi fighter-bombers in Syria.

Both Obama and Trump campaigned to extricate America from the battlefields of the Middle East, not create new ones. Since the U.S did little beyond issuing Obama’s toothless “red line” ultimatum five years ago, the Assad regime and its foreign allies recaptured all the major cities of Syria and won the battle of Aleppo. Syria is now a dangerous crucible of Great Power and Saudi-Iranian geopolitical conflict. Turkey has intervened in Syria to prevent the emergence of any Kurdish enclaves on its border, led by the pro-PKK YPG militia, whose fighters are allied with U.S Special Forces in the winding-down battle against the Islamic State. Iran is in Syria to ensure its weapons supply corridor to Hezbollah and pressure Israel on the Golan Heights. Russia is in Syria to protect its naval base in Tartus and ensure the survival of its closest client state in the Middle East. The United States, unlike Turkey, Iran, and Russia, has no strategic interests in Syria to protect. The U.S missile strike was a punitive response to a war crime, not a prelude to military intervention, which is ironic considering Washington’s decision to ban Syrians from entering the United States. The U.S should now work with Turkey, Saudi Arabia, and the Gulf states to exert pressure on Russia and Iran to seek a diplomatic solution in Syria. The monstrous Assad regime has no place in the civilized world. If Russia and Iran continue to support Dr. Assad, the Kremlin and the Ayatollahs share the war crime guilt.

It is significant that Trump pre-warned the Russians and the Israelis about his cruise missile attack on Syria but not Congress, though his use of force to respond to a globally televised war crime has bipartisan approval in Congress and with the American public. President Trump, a former real estate developer and reality TV star, can no longer be dismissed as a global statesman, especially after the public relations optics of his successful state dinners with the Presidents of Egypt and China, if not the German Chancellor. The missile attacks will constrain the Assad regime’s willingness to use chemical weapons or commit mass atrocities in the future. Trump has only restored the credibility of America’s military umbrella to its allies in the Middle East, lost after Obama declined to enforce his Syrian red-line in August 2012. An empire that declines to fight colonial wars on its periphery does not remain an empire for every long, a bitter lesson Russia learned in the battlefields of Afghanistan in the 1980s. America’s allies have learned Trump, unlike Obama, is a geopolitical risk-taker and not afraid to use American power unilaterally.

The prospect of a U.S-Russian diplomatic rapprochement is now remote, since Trump has humiliated Putin with his Syrian cruise missile strike. Syrian intelligence may well target U.S military and diplomatic targets in the Middle East, notably in Iraq. Iran’s Al-Quds Force may be tempted to escalate its confrontation with U.S naval assets in the Persian Gulf or even scuttle the nuclear deal. Had Russia not vetoed every UN call for military intervention, the Assad regime would probably not be here today. History is repeating itself once again as the Great Powers of our era are chain-ganging the Syrian civil war into an international conflict. This is how world wars start.