Standing By: The American ‘Militia’ Is Back, But It’s Not What it Used to Be

Once necessary to the security of a free state, militias are now a threat to it. 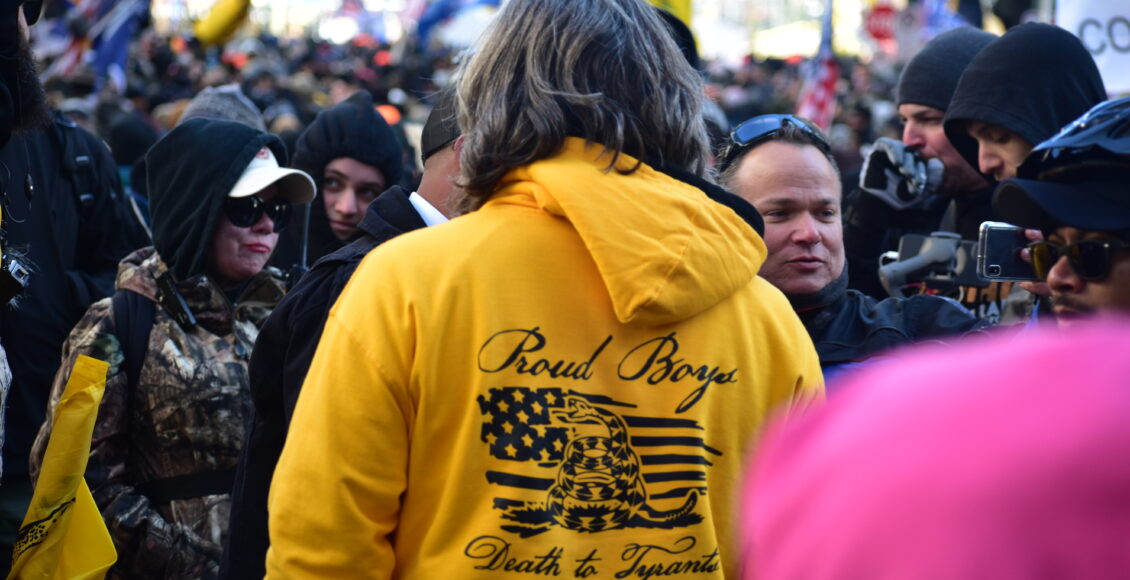 During the first presidential debate of 2020, President Trump was asked to “condemn white supremacists” and “right-wing militia” groups. His response was so ambiguous that few people could really call it a condemnation. Addressing the Proud Boys, a far-right group which the FBI has called “extremist,” Trump called on them to “stand back and stand by,” before immediately declaring the need for somebody to “do something about Antifa and the left.” The Proud Boys took this as a rallying cry, a call to be ready and vigilant. Neo-Nazi and white supremacist groups also celebrated what they interpreted as a subtle endorsement from the president. Trump later condemned “all white supremacists” in more explicit terms, but by then, the damage was done. Extremist groups across America — many of whom are heavily armed, self-styled “militias” — had taken the president’s debate performance as a legitimization of their cause.

If recent months provide any indication, militias are re-establishing themselves as a feature of America’s political landscape. But there are vast differences between today’s “militias” and those of America’s revolutionary past. In contemporary use, the word “militia” connotes an ominous and increasingly salient presence in US society that represents a potential threat to civil peace and freedom.

Militias, past and present

Militias were a prominent part of America’s past. During the American Revolution, civilian-run state militias preserved local security on an ad-hoc basis and worked alongside federal forces to defend against tyranny. Their crucial role in the early days of America’s independence is partly why Americans still have the right to own guns today. The Second Amendment reads, “A well regulated Militia, being necessary to the security of a free state, the right of the people to keep and bear Arms, shall not be infringed.” But while militias may have been necessary to preserve the newly-formed democratic government and prevent the return of British control in 1787, this is no longer the case. Indeed, just 100 years later, the ideal of the militia as a defence against tyranny had already begun to devolve as Reconstruction-era militias widely perpetrated violence and racial terror against newly-freed Black Americans in the South.

In the 1990s militias reemerged, this time with a decidedly anti-establishment bent. The “militia movement” gained traction amidst Clinton-era calls for stronger gun control. The fear, particularly among rural conservatives, was that the government would overstep its authority and infringe upon constitutional rights. For some, the strengthening of gun laws heralded the dawn of tyranny. Small, civilian paramilitary groups began to pop up, whose strong pro-firearm and anti-government sentiments persist among similar groups in 2020. They called themselves ‘militias,’ despite having no connection to federal or state governments, as their predecessors did. The movement grew further following the 2008 election of Barack Obama, as fears about greater firearms restrictions were revived.

The so-called “militias” in recent news are an outgrowth from the 1990s. They are staunchly outspoken defenders of the Second Amendment, and tend to be heavily armed. Many exhibit indications of white supremacist ideology. They are largely anti-government; at the same time, many are strongly pro-Trump, possibly because of his willingness to sympathize with many of their anti-Washington sentiments and various conspiracy theories. Although Trump has never explicitly endorsed these groups, he also hasn’t denounced them strongly enough to discourage their pervasive belief that he supports them.

In action, these armed groups generate cause for alarm. They have repeatedly caused chaos and intimidation amid civil rights protests and natural disasters. Last month, the FBI uncovered an elaborate plot to kidnap Michigan governor Gretchen Whitmer and put her on “trial” for “treason.” The militant group behind the plot was motivated by beliefs that Whitmer, a Democrat, was a “tyrant” who was violating civil liberties by implementing COVID-19 lockdown measures. Yet through it all, Trump has failed to directly address or condemn such activities, and his son, Donald Jr., has arguably encouraged it. Trump Jr. released a video in September calling on “every able-bodied man [and] woman” to join an “election-security operation” in an effort to prevent the “radical left” from “stealing” the election from Trump. With militaristic flare, he styled this operation the “Army for Trump.” As the president’s son, Donald Jr. can be seen as a mouthpiece for Trump’s own message–and indeed, thousands of Trump supporters mobilized as election-day poll-watchers. It’s easy to imagine that some far-right “militia” members were among them.

What’s in a name?

Despite the worrisome activity of paramilitary organizations, there doesn’t seem to be much of an official counter-response. This may have something to do with the current occupant of the Oval Office, but it’s also worth considering the power of the word “militia” itself. By adopting this name, far-right paramilitary groups can assume an appearance of legitimacy, and can point to the Constitution to justify their existence. But the militias protected in the Constitution were vastly different from the groups that claim the title today. The militias of the past existed to defend and bolster democratic government, and were officially recognized by national and state authorities. But today’s so-called militias have strong anti-government tendencies, and enjoy no officially-recognized legitimacy — in fact, private militias that foment “civil disorder” are prohibited by all 50 states. That’s exactly what these organizations are — private paramilitary groups that undermine the freedom and security that early militias were designed to protect.

These groups target people like Whitmer for being “tyrants,” but they seem to miss the irony of their own actions and rhetoric. Kidnapping public officials and putting them on trial for treason, gathering en masse to observe voters at the polls, stopping vehicles at makeshift roadblocks, and confronting peaceful protesters with firearms would not seem out of place under a tyrannical regime. America is protected from tyrannical government by its liberal democracy. Still, it’s worth considering that during Trump’s time in office, he has undermined that democracy in numerous ways — Trump has sought to discredit the free media, cast doubt on the integrity of mail-in ballots and the election process, and refused to concede an election he legitimately lost.

Yet, these far-right “militias” stand by him. Whereas yesterday’s militias were organized to stand up to tyranny and defend democracy, today’s ‘militias’ seem poised to do the opposite. Now that Joe Biden is set to enter the Oval Office in January, Trump’s most faithful supporters are surely disappointed. What remains to be seen is whether Trump can find a way to delegitimize Biden’s victory through a recount or legal action. We’ll have to wait to see how things play out once the dust settles and the count is finalized. Hopefully, fears about far-right violence coming out of a Trump loss are exaggerated. But one thing seems clear: today’s “militias” are not necessary to the security of a free state — they’re a threat to it.