A State of Insecurity: Classified Information and the White House 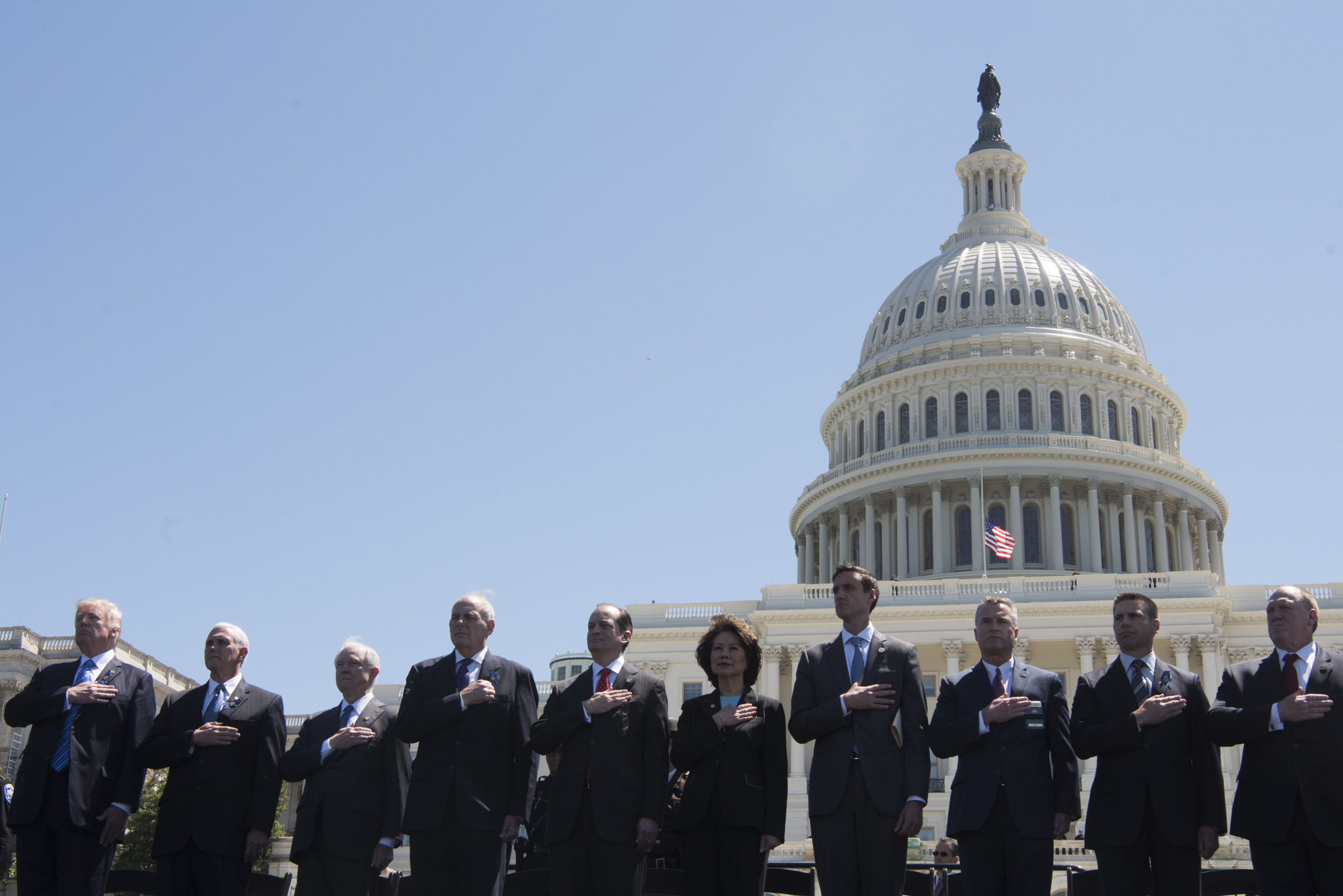 Despite criticizing Hilary Clinton’s lax security practices during the 2016 Presidential campaign, the Trump White House has, ironically, consistently seen scandals regarding the proper handling of classified information. From security clearances for White House Staff to the day to day handling of information, the security of some of America’s, and its allies’, most sensitive information has been called into question. This is not a partisan issue, instead, it goes to the core of national security. A standard governmental tool is to determine information for their eyes alone. For instance, information pertaining to the tactics and motivations of policymakers and foreign leaders, the location of sensitive equipment, the contents of negotiations, or often most important the identities and methods used to gather the best information to inform decisions. This information – referred to as intelligence – is in high demand among those wishing to operate on a large scale. Having the best intelligence can provide substantial tactical advantages in diplomatic, security, economic, or political contexts. Thus, when “state secrets” become compromised or irresponsibly shared a country’s interests can be seriously set back, and who does or does not have access to intelligence has rippling effects.

The Case of the Clearances

One of the most widespread issues has revolved around White House staffers’ security clearances, especially those operating under temporary ones while their cases are reviewed. Clearances are required to access information essential for governing and exist on a spectrum. For instance, most White House employees need a secret clearance, and for involvement with the daily operations of the President, a top-secret clearance or higher would not be out of order. The US government classifies top-secret security clearances as being required for “access to information or material that may cause exceptionally grave damage to national security if disclosed without authorization.” When applying for clearance, candidates must list every job they’ve had, every place they’ve lived, every country they’ve visited, foreign contacts, and other details including contact information for neighbours and close friends. The purpose of this exercise is “to determine that a person is able and willing to safeguard classified national security information, based on his or her loyalty, character, trustworthiness, and reliability.”

A number of White House employees have had trouble meeting these criteria, with multiple staffers caught lying on their applications. Perhaps the most prominent example involves former national security advisor Michael Flynn, who neglected to disclose multiple foreign contacts and work done for foreign governments on his clearance form. Although Michael Flynn was fired, and has since been indicted and pled guilty to lying to the FBI, the White House’s clearance problems have continued.  As of mid-February, over 100 white house staffers remained on temporary clearances, including 10 out of 24 members of the National Security Council. Although some delays in the process are normal – it often takes months to verify contacts, and it is accepted that work needs to start right away – more cases have raised alarm bells. Rob Porter, the White House’s former Staff Secretary, was determined by the FBI to be unable to get a

clearance due to a protective order filed against him by an ex-wife in 2010. Despite senior white house officials knowing about the allegations of domestic abuse, he was initially allowed to continue in his role and maintain a temporary clearance. Another case is that of Donald Trump’s personal assistant, John McEntee, found to be vulnerable to blackmail due to a major gambling habit, allegedly involving large sums, and therefore a security risk.

The Case of the Emails

Another major issue has been the handling of classified information by those with access to it. The last election campaign saw the American public be educated about the risks of doing governmental work on personal email servers. Yet a series of Trump Administration officials have used their own private accounts for official  White House business. At least six current or former high-level white house employees, including Reince Priebus, Steve Bannon, Gary Cohn, Steven Miller, Ivanka Trump, and Jared Kushner have used their personal emails for official work. Once publicized, the practice allegedly stopped, and there is no evidence classified email was transmitted; however, the practice stands in contrast to critiques launched during the campaign. There are also more serious violations regarding the handling of sensitive information. On March 17th, a White House staffer left his encrypted password to his White House email account – designed to handle sensitive information – on a piece of paper in a bus stop in Washington. More concerningly, Donald Trump himself came under sharp criticism in May of 2017 after revealing highly classified information to the Russian foreign minister, information reportedly provided by Israel or Jordan and pertaining to highly sensitive operations against the Islamic State.

The Case of the Everyman

Perhaps the most prominent case is one that combines aspects of the others. This has been the role of Jared Kushner, Trump’s son-in-law and senior advisor. Kushner’s duties have included; negotiating peace in the Middle East, solving the opioid crisis, overhauling the government, running diplomacy with Mexico and China, and helping to reform veteran care and the criminal justice system. However, a string of circumstances surrounding him has called into question his ability to remain uncompromised. Kushner’s business dealings in regions he operates in have raised eyebrows. In Isreal, since taking on his White House role, his real estate company has made a multiple deals with Israeli financial institutions. Meanwhile, in China controversy erupted after the Kushner family used his name to sell investor’s visas to Chinese businessmen. Furthermore, Kushner was among those who omitted multiple foreign contacts on his clearance application. Kushner’s lawyer claimed the clearance was prematurely filed, and he eventually added over 100 contacts, including meetings with the Russian ambassador and a top Russian businessman. Not helping this matter are oddities such as

his advocating for a secret back-channel of communication to Russia. Illustrating the vulnerability this creates was the revelation that due to his financial dealings and lack of experience at least four countries, the UAE, Mexico, Isreal, and China, view Kushner as a target for manipulation. Although these are the only countries confirmed to have set up task forces explicitly for this purpose it seems not improbable that the number is larger; especially as foreign leaders boast that he is in their pocket.

In recent weeks, responding to these concerns, White House Chief of Staff John Kelly downgraded all interim security clearances, including that of Jared Kushner’s, to the secret level. Yet this comes with its own host of problems. The President’s Daily Briefing – containing the most pressing intelligence of the day – and other important documents require top-secret security clearance levels and if Kushner or other staffers are to succeed in their responsibilities, they need the best information available. Intelligence such as that provided in the Daily Briefing is essential for being aware of foreign motivations and of the possible risks in any negotiation or engagement. Operating without it in a high-level position is effectively operating in the dark, a situation not conducive to proper diplomacy or policymaking. This is especially true when negotiating with those having full access to their government’s best information, as Kushner is in his duties. Political Science has a term for this, calling it information failure. When information failures occur, important decision makers cannot access key information such the capabilities and intentions of the other side; thus the likelihood of dangerous misunderstandings and conflict is increased.

This is inopportune, yet before Kelly’s move, officials with key information were possibly vulnerable to blackmail or inadvertent exposure. Intelligence is in high demand. A large part of intelligence agencies jobs is to find other countries weak points in order to gain information and a tactical advantage. Thus, when all actors can see vulnerability in the White House, it becomes a tempting target to exploit. This not only jeopardizes American interests, it undermines the trust that those who put their lives on the line to gather information have in their government by endangering them when their identities or sources are exposed. Even when this is not the case, wrongfully disclosed information can endanger active military operations, undermine negotiations, or expose a country to malicious targetting. Worsening this is that the information at risk comes not only from American sources, but is often provided by US allies, jeopardizing them as well. The United States relies on networks of local intelligence gathering and cooperation across the world to operate daily. However, much like in any friendship, not respecting shared secrets makes allies less willing to share them in the future. This lack of trust has tangible effects as US decision-makers are deprived of essential information, creating an information failure in itself.

There are valid debates about the merits of information being exposed, protections exist whistleblowers who reveal wrongdoing and journalists often rely on anonymous sources with classified insight. However, the difference, in this case, is that American intelligence and classified information is at risk of being exposed to the country’s adversaries, inadvertently or through coercion, rather than to the public at large. This goes directly against the proper functioning of the US decision making process. The White House, after a year, has decided to cut officials with clearance issues from the most sensitive information in order to stifle the risk. Yet, this information is essential for important figures to do the jobs they have been assigned by the administration; thus a situation has been created where key figures are operating relatively blind and able to have their lack of knowledge exploited. Once the high rate of turnover in the White House is taken into account, this picture becomes even more concerning, as questions are raised over new employees and the process risks repeating. It is difficult to say how this issue can be resolved when the problem seems unable to be separated from the staff; however until it is resolved the White House will have a painful choice; to either endanger US national security through compromisability, or to do so though blindness.