Step Up or Stay Quiet: The International Battle of Abortion 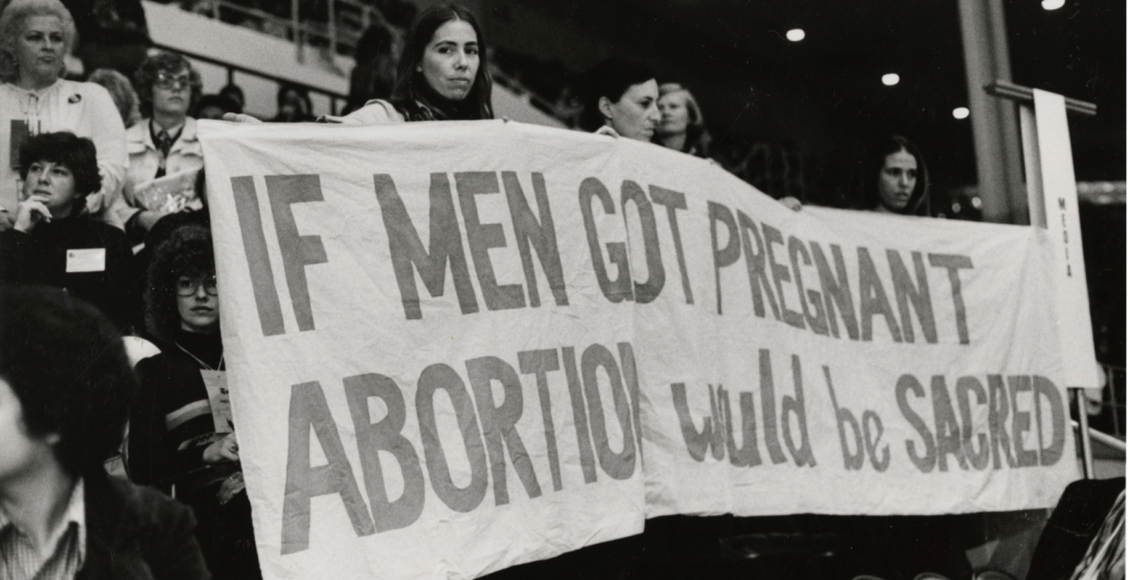 On June 24th, 2022, the United States Supreme Court overturned the 1973 ruling, Roe v. Wade, which legalized abortion nationwide, one month after the leaked draft of a US Supreme Court majority opinion. Roe v. Wade was the landmark case that gave all women the constitutional right to an abortion on request. Previously, individual states could introduce restrictions on access but could not implement a complete ban. The overturn of Roe v. Wade poses a danger to women’s bodily autonomy as it would allow individual states to make their own laws regarding whether or not abortion should be permitted and under what circumstances.

This would make way for conservative anti-abortion groups to continue to put their weight behind bringing in more restrictive abortion legislation. Currently, anti-abortion lawmakers constitute the majority in 29 out of 50 state legislatures and are actively enforcing ways to limit access to the procedure. New legislation in states like Arkansas and Oklahoma would introduce a near-total abortion ban, while states like Idaho and Texas would impose stringent laws that limit abortion after six weeks of pregnancy.

Former President Donald Trump’s appointments to the Supreme Court were largely responsible for shaping a conservative-leaning judicial body. The addition of Justice Amy Coney Barrett in October 2020 confirmed that abortion rights could be and would be condemned by the highest court in the nation. Republican lawmakers across the country that have been fighting for more restrictive abortion laws have been strengthened by numerous Republican-appointed judges.

The overturn of Roe v. Wade is not only a struggle for the future of America’s abortion access, but also a battle for women across the globe. The Global Gag Rule—a former abortion policy first introduced by President Ronald Reagan in 1984—continues to threaten the sexual and reproductive rights of women around the world, especially those living in low-income countries. Trump’s decision to reinstate the Global Gag Rule has prohibited foreign organizations, governments, and non-governmental organizations who receive US global health assistance from providing legal abortion services or referrals, while also barring advocacy for abortion law reform. Past implementation of this rule has shown that it has increased the number of unsafe abortions and reduced the number of women who received the appropriate sexual and reproductive healthcare they required. Under this rule, foreign healthcare practitioners were forced to make a choice between receiving US global health assistance and providing clients with an accurate and safe range of reproductive options.

Although President Joe Biden repealed the rule, there are still many lingering effects that will take decades to reverse. The policy has led to diminished reproductive health and humanitarian aid services, disruption to non-US donors, reduced advocacy work, and high costs for organizations attempting to recover from the impacts of the policy. Furthermore, the expansion under the Trump administration has disrupted health services and referral networks, damaged integrated health programs, and diverted resources away from sexual healthcare. Qualitative research from the Institute for Women’s Policy Research has demonstrated that the sudden repeal has exacerbated barriers to health care and funding gaps and created confusion and misunderstanding among the global health community.

Due to the Global Gag Rule, Madagascar was forced to close over 100 public and 90 private health facilities and reduce outreach services, limiting abortion access for rural women. It will take time for countries like Madagascar to reopen closed programs, reforge community partnerships, and get services up and running. Similarly, the Global Gag Rule has created a serious funding gap. Much of the stopgap funding received from generous donors that replaced lost reproductive health funding during the Trump era has ended. It is estimated to take months for US aid to reach remote areas of Africa.

Over the past 49 years since the Roe v. Wade ruling, countries around the world have moved towards the liberalization of their abortion laws. But the socioeconomic influence of the United States on African countries threatens the sexual and reproductive rights of women in the continent. As the largest funder for women’s healthcare in Africa, its contemporary anti-abortion ideology has significantly disrupted global access to sexual and reproductive health services. As a result, it is increasingly likely that countries that depend on the United States for health assistance may follow its example in restricting abortion access. Examples of this are already seen in countries like Kenya and Madagascar, where several reproductive health organizations have closed out of fear of losing American funding.

Furthermore, the Supreme Court ruling could lend support to African decision-makers who are against abortion services. Stakeholders in Malawi, Senegal, Kenya, and several other African countries have reported that national policymakers look to the US abortion legislature as a justification for reducing abortion access. There has already been a rise in anti-choice and anti-abortion civil society movements since the leaked draft envisaging the overturn of Roe v. Wade.

26 pro-life groups in Kenya—consisting predominantly of Catholic bishops, Catholic members of the parliament, and Christian professionals—have rallied together and submitted a memorandum that calls to strike down the 2019 Reproductive Health Care Bill that allows for greater sexual and reproductive freedoms, including abortion services, surrogacy rights, and same-sex unions. Leaders of Kenyan pro-life movements argue that the 2019 Bill advocates for “illegalities and practices that are not acceptable in [Kenya] as it will make legal abortion on demand in the country contrary to the spirit of [the] Constitution of 2010 and the Penal Code.”

This wave of anti-abortion ideology is also apparent in Uganda. According to Dr. Kenneth Buyinza, a Kampala-based reproductive health specialist, the “pro-life or anti-choice movement in [Uganda] must be hoping and praying that the Roe v Wade legislation be overturned.” A 2010 report from Uganda’s Ministry of Health suggests that close to eight per cent of the country’s maternal deaths are due to unsafe abortions. Uganda faces many issues surrounding abortion and post-abortion care, such as their lack of accessibility, high costs, and widespread stigma and misinformation—all of which contribute to its higher-than-average rate of abortion-related deaths.

The American influence on Ugandan health policymakers worries Dr. Buyinza as the strike down of Roe v. Wade could affect “resource allocations to maternal and child health interventions,” and even spread to other areas such as LGBTQ+ rights and family planning services.

A world without the Roe v. Wade ruling would be disastrous for women around the world. It is imperative that all women are able to receive the appropriate sexual and reproductive healthcare they require, for their and their families’ sake. Moving forward, the Supreme Court must be more transparent in its internal deliberations that concern women’s bodily autonomy.

Featured Image: Women Holding “If Men Got Pregnant Abortion Would be Sacred” Banner at the National Women’s Conference. Photoby the US National Archives is licensed under the public domain.

Anya is a third-year student studying double majoring in Economics and International Development. Her areas of focus include women's health and South-Asian politics.