Strike One Against the Indian Democracy 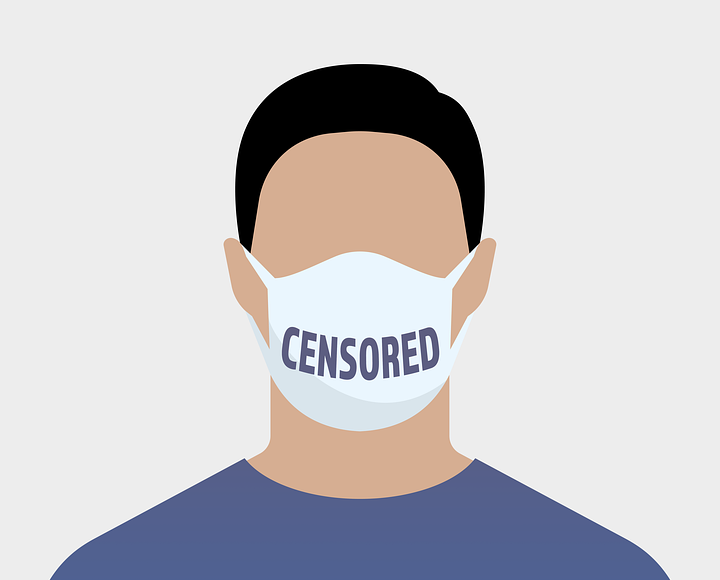 On February 25, 2021, the Indian government introduced the Information Technology Rules 2021 (ITR), propelling it into a high-stakes conflict with Silicon Valley social media companies. The new legislation raised concerns as it provides a framework for the government to violate users’ privacy and suppress their freedom of speech. The ITR would require companies to keep track of the “first originator” of a message and appoint a national Chief Compliance Officer who is criminally liable if any content flagged by the government online is not removed in a timely fashion.

The new rules should not come as a surprise. The Modi government’s crackdown on free speech and its increasing censorship on social media has been steadily building up. Disturbingly, India is not the only country whose democratic freedoms have eroded in recent years. Rather, it looks to be a part of a growing international trend.

A series of unfortunate events

Over the past couple of years, the Indian government has been subject to multiple international PR blunders. In 2019–2020, images of the Anti-CAA/Citizenship Bill protests showed government supporters assaulting young university students with seemingly complicit police officers standing by. In March 2020, India imposed one of the strictest lockdowns in the world to curb the spread of the coronavirus. Enacted with just a few hours’ notice, the lockdown caused an internal migration crisis wherein millions of labourers working in cities traversed hundreds of kilometres on foot, racing against rapidly closing state borders to return home. In early 2021, India was rocked by massive — and still ongoing — farmers’ protests that drew unprecedented international attention due to the Indian diaspora’s widespread global presence. In April 2021, the country again drew immense national and international ire due to its handling of the pandemic, this time for failing to take appropriate measures to stifle the completely preventable yet deadly second wave. At its peak, the country reported a daily average of almost 400,000 cases.

The whole world is watching

The latter two of the aforementioned events seem to have drawn the government’s attention towards the usage of social media as a tool for promoting and organizing mass protests. In February 2021, the government ordered Twitter to block dozens of accounts that supported the farmers’ protests. The Ministry of External Affairs (MEA) also issued a rare rebuke after international celebrities, like environmental activist Greta Thunberg and Hollywood pop star Rihanna, tweeted to their millions of followers their support of the protests. In a press statement, the MEA proclaimed, “it is unfortunate to see vested interest groups trying to enforce their agenda on these protests, and derail them. […] Some of these vested interest groups have also tried to mobilize international support against India.”

The remarks made in the press statement are disconcerting for two reasons: first, discouraging international discourse about a country’s national incidents is a popular tactic used by non-democratic countries to avoid scrutiny. Second, the government is conflating support for the protests with patriotism. It is designating the protests and their supporters as “anti-India,” implying that any citizen who participates in such is a traitor to the country and any other non-citizen a national security threat.

why aren’t we talking about this?! #FarmersProtest https://t.co/obmIlXhK9S

Tweet by Rihanna on February 2, 2021, drawing attention to the Indian farmers’ protests, prompting a rebuke from the Indian Ministry of External Affairs. This shows the power of a single tweet by a powerful platform.

In April 2021, the government ordered Facebook, Instagram, and Twitter to remove posts critical of its handling of the pandemic. Opposition politicians made most of these posts claiming that such content incited “panic, used images out of context, and could hinder [India’s] response to the pandemic.”

Clearly, the Modi government uses “national security” to justify bending social media companies to its will. The new rules have enabled the government to construct a legal framework for state censorship. It now has the power to order the removal of any content online that it deems to be “unlawful” under its subjective definition of what is appropriate and what is not. In a press release announcing the ITR 2021, the government specified, “An intermediary upon receiving actual knowledge in the form of an order by a court or being notified by the Appropriate Govt. or its agencies through authorized officer should not host or publish any information which is prohibited under any law in relation to the interest of the sovereignty and integrity of India, public order, friendly relations with foreign countries etc.” In cases of non-compliance, the “intermediary” is vulnerable to legal action.

Birds of a feather

India’s increasingly hostile environment for dissenting opinions is not an anomaly. Instead, it fits into a growing international trend of governments clamping down on free speech, specifically targeting views that criticize or challenge the government. One of the most high-profile modern legislation curbing freedom of speech is the Hong Kong National Security Law, passed on June 20, 2020, by the Chinese Communist Party (CCP). The CCP similarly introduced this law under the guise of maintaining national security and law and order after a turbulent year of pro-democracy and anti-China protests in the city. It has since resulted in the arrest of about one hundred people, including prominent pro-democracy activists and media mogul Jimmy Lai, owner of the newspaper Apple Daily, one of the handfuls of newspapers openly critical of the CCP. In June 2021, the newspaper was forced to shut down. The law has also created divisions among the city’s population; Hong Kongers are essentially encouraged to spy on each other and report breaches to a hotline.

Hong Kong should serve as a cautionary tale for India. It shows the chilling effects of interpretation and subjectivity; the government and other citizens can interpret others’ actions online as unlawful and subsequently subject them to legal hassle, sowing mistrust amongst the citizenry and impelling self-censorship.

Some other recent cases of the curtailment of free speech include Turkey and Nigeria.

Good things don’t always come to those who wait

It remains to be seen to what extent the Modi government will deploy its newly given powers. A situation like the Great Firewall of China seems unlikely, at least as long as India wishes to continue masquerading as a fully functioning democracy. After all, free speech is not only recognized in the Universal Declaration of Human Rights but is also a fundamental right guaranteed by the Indian constitution. The ITR gives the government the power to strike at and chip away that right like never before. However, the government has shown its willingness and commitment to silencing detractors. For their part, social media companies have drawn a line in the sand. The question is, how much longer are they willing to hold out? Considering their options, which involve either bending their morals and complying with the government or losing access to the most significant market available, I would not hold my breath.