Sustainable Agriculture: A Question of Land Use 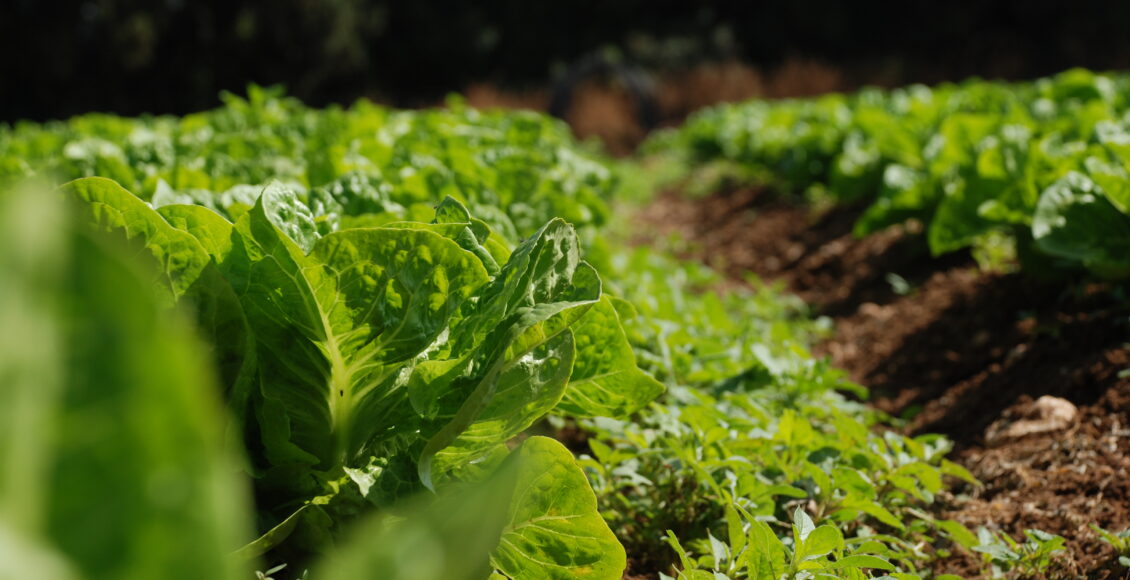 Climate change is taking a drastic toll on traditional agriculture that will only worsen, and the global food industry as it functions now will not be able to cope. There is an ever-increasing need for new sustainable methods of agriculture to reduce detrimental land use and create a more effective system.

The Food and Agriculture Organization reported that traditional agriculture uses 55 per cent of non-forest land and accounts for 30 per cent of fossil fuel use. These methods of global food production are not sustainable. As the world population continues to grow and resource scarcity becomes increasingly pronounced, there has never been a more pressing time to invest in innovative agriculture — especially with the advanced level of technology we now possess.

The practice of vertical farming

One such example of sustainable agriculture is vertical farming: the practice of growing crops indoors in stacked upright layers. This practice typically involves LED lighting and soilless farming techniques, such as hydroponics.

Many companies and governments have recently invested in vertical farming, including the United States, a world leader in the sector. AeroFarms in Newark, New Jersey, grows approximately 2 million pounds of food each year and was the world’s largest vertical farm when it opened in 2016. Nordic Harvest, a Danish start-up with Taiwanese partners, began operation in Copenhagen in December 2021 for what will be Europe’s largest vertical farm once completed. Nordic Harvest also plans to build the world’s largest indoor farm in Abu Dhabi. Dense regions like Abu Dhabi and Singapore are investing in the practice to be able to produce more of their food locally, without the need for massive swaths of land.

Significant developments are being made in vertical farming in Canada as well. CubicFarms in British Columbia sells vertical farm modules that fit in shipping containers and can grow 300,000 kilograms of greens a year, showcasing the opportunity to not only grow food but market new technology as well. Vertical farming drastically reduces water usage: one head of lettuce requires one litre of water while the same head would require 24L in a typical field. This technology also makes huge reductions on land usage, where one module can grow as much lettuce as an area the size of a football field could.

Canadian agricultural partnerships are already proving beneficial to local populations. Elevate Farms in Welland, Ontario, can grow up to 454,000 kilograms of leafy greens a year. This company is also working with North Star Agriculture to develop vertical farming facilities in the Yukon as well as other First Nations and northern communities. Innovative agricultural practices such as vertical farming offer major benefits for the food security of isolated northern communities by growing more food locally.

Vertical farming has great potential for sustainability. Hydroponic and soilless farming techniques eliminate the need for soil and its microorganisms, drastically reducing the amount of land required and preventing soil erosion. This technology also significantly reduces the need for water, which is a crucial and necessary advancement considering that traditional agriculture accounts for 80 per cent of freshwater usage. Coupled with the fact that most vertical farming uses LED lighting, crops can be grown regardless of weather, season, or time of day.

In addition to environmental benefits, vertical farming serves national security interests. Because traditional agriculture is limited to fertile regions and natural growing seasons, much of the world is dependent on food imports, especially in arid regions. This makes many states reliant on successful growing seasons in other countries as well as the maintenance of global trade networks and good diplomatic relations. However, the pandemic has shown just how vulnerable the global food supply chain can be, which has made many governments keener than ever to increase their locally grown produce to reduce dependency on other states. Vertical farms can also be built closer to urban environments, and even placed within cities, which bridges much of the gap between grower and consumer — reducing the need for long-distance supply chains.

Although the potential of vertical farming is great, its current method of practice does come with some associated costs. Vertical farming requires high upfront investment, has significant operational costs, and may take time to become profitable. Moreover, LED lighting requires electricity which still largely comes from fossil fuel sources. This high energy cost reduces some of the environmental viability of the practice. Vertical farming is also currently limited to microgreens, leafy greens, herbs and fruit, which is not sufficient to sustain a population’s entire diet.

Advancements and improvements in vertical farming

The industry is adapting to address these associated challenges. Early vertical farming operations had significantly higher energy costs, but lighting has become more efficient and hydroponic technology has improved. This has mitigated not all but some of the environmental costs. Moreover, there have been signs of significant capital investment in the sector, helping to offset some of the upfront and operational costs, as well as increase investor confidence in the practice. For example, Walmart, the world’s largest retailer, recently invested in vertical farming, and the Quebec provincial government invested in the vertical farming sector to increase the province’s self-sufficiency. Many entrepreneurs and advocates working in vertical farming recognize the need to trim the sector’s energy use, and with the help of major investment, improvements are being made. Vertical farming is still a niche sector but one with exciting potential.

One example that highlights the ability to adapt vertical farming to address its associated challenges is a proposed skyscraper in Shenzhen, China. Architect Carlo Ratti has designed a new high-rise which will include a 51-story hydroponic farm. The plants will be encased in the outer layer of the building with windows on both sides, allowing light to reach the plants as well as the building’s interior. This design negates the need for artificial light since the crops would have assured access to sunlight, thus solving the concern of energy use from vertical farming. Moreover, one of the major problems with skyscrapers is that they heat up cities by reflecting heat; however, Ratti is mitigating this effect by encasing the high-rise with a farm, which also reduces the need for spending energy on air-conditioning.

China has a major problem with a lack of arable land due to extensive urbanisation as well as the world’s largest population to feed. Although vertical farming cannot yet provide enough food to sustain a population, it drastically reduces land use and can increase farm productivity to at least mitigate the burden on traditional agriculture. Ratti’s Shenzhen skyscraper design is an example of how vertical farming can be adapted to reduce its energy use and incorporate farming within a city itself to provide locally sourced food.

The bigger question of land use

Although vertical farming is not a solution to food security, it creates exciting prospects for innovative agriculture. With improvements, it can continue expanding to become a significant source of locally grown food. Most pertinently, this practice broadly highlights the necessity to drastically rethink and restructure how we use land.

Land is claimed by agricultural and human settlement but is also earmarked for plans to fight climate change, the protection of wildlife and natural habitats, as well as for food production and alleviating poverty. These goals have different and conflicting priorities; reconciling them will not be easy but it is essential that we do, as changes to land are often irreversible or have century-long impacts. Scientists stress that there are very few win-win scenarios which means that negotiation between sectors and nations is crucial.

The global community must work together in cooperation and solidarity, because the world will have to make some very hard decisions about land use in the coming years.

Featured image by StateofIsrael is licensed under CC BY 2.0.