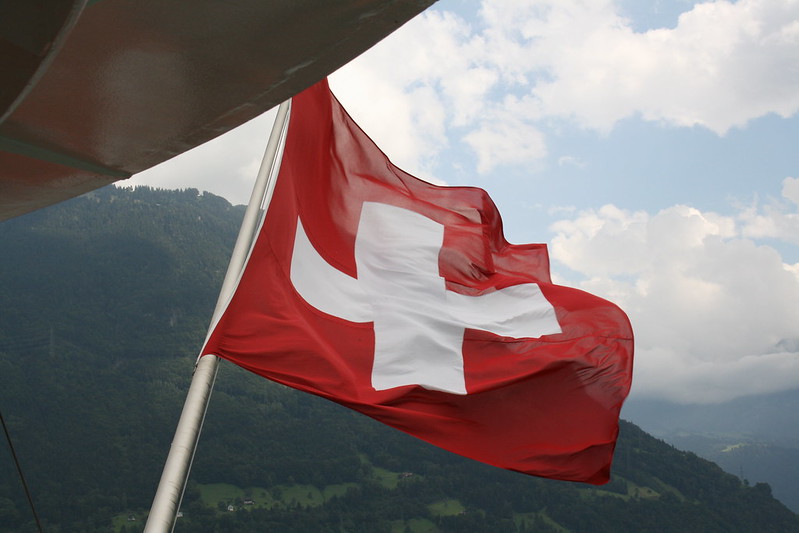 On March 7th, Switzerland passed a referendum banning face coverings in public with a margin of 51.2% (in favour) to 48.8% (against). This vote sparked a resurgence of the domestic and international debate on the so-called ‘the burka ban.’ While this ban does not explicitly target Muslim women, it outlaws the public usage of burkas and niqabs for the few women in Switzerland who wear them in the custom of the Islamic tradition.

The group responsible for the proposal and support of ‘the burka ban’ is the right-wing Swiss People’s Party or SVP. With slogans such as “stop extremism! Yes to the veil ban”, their polarizing campaign aimed at villainizing face-covering veils and instilling fear in voters. The conservative party has been at the core of Islamophobic sentiment in Switzerland, leading the successful referendum in 2009, which called for a ban on building minarets. Like their previous campaign, the posters by the SVP made direct and unapologetic links between the wearing of the burka or the niqab with radical Islam.

Switzerland is not the first European country to introduce such a ban. Growing Islamophobia across the region has meant that Switzerland now follows in France’s footsteps—Nicolas Sarkozy’s administration banned wearing a full-face veil in public in 2011. Similarly, Denmark, Austria, the Netherlands, and Bulgaria share partial bans on public face coverings. However, unlike several countries listed above, such as France and Bulgaria, Switzerland does not have a substantial Muslim community. It has not experienced any major terrorist attacks linked to extremist Islamist groups. Indeed, according to a study by the University of Lucerne, the Muslim population constitutes only about 5% of Switzerland’s total population, amounting to about 420,000 individuals. More importantly, only around 30 women are believed to wear the niqab or burka. So why has this become such a prevalent controversial issue?

Some proponents of the ban, such as Jean-Luc Addor from the SVP, have categorized the ban as a precautionary action taken against the rise of extreme Islamists, stressing that “when a problem exists, we deal with it before it gets out of control.” He would argue that in doing so, Switzerland is simply implementing a ban that will only affect a minority of its citizens and bring security to its population in a time of uncertainty. Others, such as Mustafa Memeti—and Albanian imam in Switzerland’s capital—have extended this argument and emphasized its positive role in potentially emancipating repressed Muslim women in Switzerland.

However, this sentiment has not been shared with the majority of the Muslim community in Switzerland and worldwide, who see this ban as yet another restriction on their religious freedoms. As stated by the Federation of Islamic Organisations in Switzerland, this ban is nothing more than an anchoring dress code which is not a “liberation struggle for women, but a step back into the past.” This exclusion of the Muslim minority, according to the Swiss Central Council of Muslims, opens up old wounds of legal inequality. NGOs and Muslim institutions were not the only domestic opposition to the ban. The Swiss Federal Government itself, which does not have a veto over popular vote, has the opportunity to give its opinion on upcoming referendums. The government recommended against this ban because it was ‘unnecessary.’ Nevertheless, the vote was passed and is now enshrined in Swiss law, begging a few questions — should policies regarding such topics be held to a national vote? To what degree do democratic freedoms conflict with religious freedoms?

U.N. expert on freedom of religion, Ahmed Shaheed, addressed these questions. He outlined the discriminatory nature of the Swiss referendum, saying that Switzerland’s “cloak of democracy” does a poor job in hiding bigotry. While Switzerland often receives praise for its direct democracy, which gives its citizens the power to change existing laws and even create new ones, the Muslim community has once again been on the receiving end of this approach. Democratic liberties and voter turnout seem to be conflicting goals, as polls show that the more voice people have, the less often they turn out to vote. Indeed, voter turnout for the face-covering ban referendum amounted to just over 50%, which was slightly above their average turnout of 46% as of 2019. Still, they remain primarily below-average turnout rates compared to most established European democracies such as Germany and France. Swiss citizens have taken their democratic freedoms for granted once again, causing turnout-sensitive issues, such as the legal restrictions of certain clothing items to be more easily influenced by religiously motivated prejudices.

Besides Swiss authorities having two years to draft the legislation, fears of verbal and physical assault have already risen among the Muslim community. This timeframe does present the opportunity for Muslim activism to grow enough to sway the masses to favour the reversal of the ban. After all, under direct democracy, referendums can be overturned as quickly as they can be created.

Featured image by Joan Julbe licensed for use under CC BY-NC-ND 2.0. No changes were made.