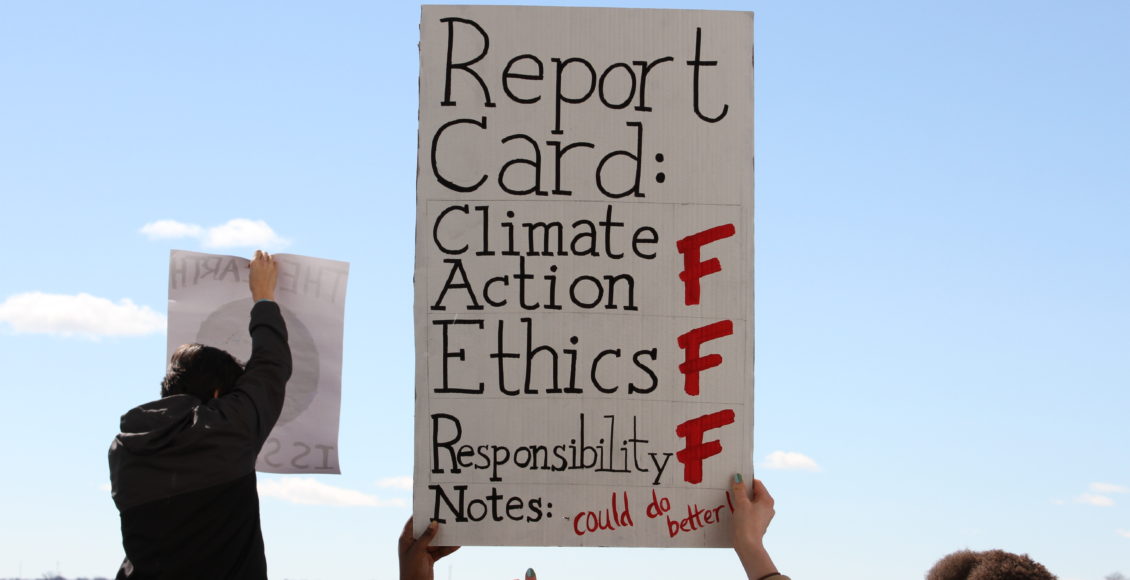 At the United Nations Climate Action Summit on September 23rd, Greta Thunberg and 15 other children filed a legal complaint against the governments of five major greenhouse gas emitters—Argentina, Brazil, France, Germany, and Turkey—alleging that their lack of action on climate change has, and continues to, violate their rights as children. If accepted, the case will proceed as a lawsuit against the five governments.

The plaintiffs claim that the countries’ failure to reduce emissions at the maximal level is in violation of their right to life, health, and peace as enshrined in the UN’s Convention on the Rights of the Child (CRC). The Convention, an international treaty signed in 1989, serves as a universal set of standards for children’s rights, committing countries to the protection of children and the sanctity of childhood. It had previously been invoked only in domestic cases, concerning the laws of a plaintiff’s own country, but, for the first time, it is being cited by activists combat climate change at the global level.

While the CRC has been ratified by 196 countries, the plaintiff’s suit concerns a clause in the CRC known as the Third Optional Protocol, which allows for children whose rights have been violated (or adults acting on their behalf) to appeal directly to the UN if they believe their country is failing to address the violation. The Optional Protocols are more specific than the convention and impose greater demands on state parties. They were added to the convention after its inception, with the third and most recent protocol being passed in 2014. As a result, only 44 countries have chosen to ratify these additional protocols, and those who have chosen not to ratify cannot be targeted be appealed directly to the UN. A country must therefore have ratified the protocol to be named in a complaint to the UN.

It is through this previously unused protocol that the plaintiffs filed their complaints against the governments of Argentina, Brazil, France, Germany, and Turkey, which have all ratified both the CRC and the protocol. These countries are among the largest polluters on the list. Germany, Brazil, and France all rank among the top 20 emitters of greenhouse gas in the world, and Turkey is the only G20 country that has not yet ratified the Paris Agreement, a recent accord aimed at measuring and governing global emissions. The Paris Agreement has been formally approved by 179 countries with all the signatories expected to regularly meet their “Nationally Determined Contributions” (NDCs). A country’s NDCs represent its commitments and strategies for reducing domestic GHG emissions, which are to be reported regularly to the United Nations Framework Convention on Climate Change (UNFCCC) to determine whether or not a country is meeting its targets. While admirable in theory, the NDCs do not appear to be sufficient deterrents in the fight against climate change as only two countries are currently meeting their goals.

It is precisely due to the lack of international participation and accountability that the group of children involved in the suit has emerged as leaders in the fight against pollution and climate change. The plaintiffs are sixteen children from twelve different countries. Many of them have engaged in climate activism in the past, like 14-year-old American Alexandria Villaseñor, who, similar to Thunberg, has also taken a leading role in the “Friday’s for Future” movement. In their claim, each child gave an impassioned account of how climate change has affected their daily lives. 11-year-old Ridhima Pandey talked about how floods in India have damaged infrastructure in the Ganges river region, causing sewage to infiltrate the water supply. 17-year-old Ayakha Melithafa, from South Africa, recounted the struggles her community faced in a drought caused by increasing temperatures in Cape Town.

The executive statement issued by one of the plaintiff’s legal representatives, the environmental law nonprofit Earthjustice, argues that climate change is leading to more diverse and widespread consequences— “harming the petitioners, threatening and altering the regions where they live,” and that, if the issue is left unaddressed, “today’s children and their children will bear the brunt of climate change impacts as they get older.” The statement further asserts that since the atmosphere has no borders, the nature of climate change puts the petitioners within the jurisdiction of the named countries despite being from different states. It also requires that the respondent governments “immediately engage with other States in binding international cooperation to mitigate the climate crisis” as part of their promise to reduce their emissions.

With regards to the specific suit filed on September 23, the Committee on the Rights of the Child, which monitors the implementation of the CRC, will be responsible for adjudicating the countries’ actions. The Committee will respond to the separate claims made against each of the countries, analyze the impact of their climate policies on children, and report its verdict to each country. If they decides that the lack of climate change action is not a violation of the rights of the child outlined in the CRC, and that it does not cause particular harm for children, the complaint will be rejected. If the committee finds that the rights of the child have been violated, it will submit recommendations on how to remedy the violation of rights to each of the named countries, requiring them to respond within six months. The plaintiffs have requested no financial penalty; they only demand that the countries in question reach their NDCs, as overseen by the committee.

While the complaint is still pending, legal experts predict that it will be accepted, due to the substantial evidence provided by climate scientists on the plaintiffs’ behalf. Indeed, its foundational logic also seems to have been accepted by the UN, since five committees, including the Committee on the Rights of the Child have already asserted that the climate crisis poses “significant risks to the enjoyment” of human rights. If the UN acknowledges the climate crisis as a children’s rights issue, it would also be a significant victory for Thunberg’s approach to climate activism and an overture for future, substantive change.

If the complaint, and subsequent suit, are successful, the named countries would be accountable to the UN Committee on the Rights of the Child as well as the UNFCCC, and both bodies would work bilaterally to regulate each national NDC. If a country fails to act in accordance with their NDCs, their only legal option would be to withdraw from the convention, thereby harming their international reputation. However, judging by the current failure of the Paris Agreement’s accountability process, pressure from UN committees is not enough to ensure accountability, which brings into question the value of the lawsuit. Most signatories to the Paris Agreement are not meeting their goals due to insufficient policies and a reluctance to prioritize climate action over economic growth; it remains to be seen if the countries in question will take the lawsuit as a serious threat and change their policies.

Crucially, the list of countries named in the suit omits the two biggest emitters of greenhouse gases: The United States, having emitted 5270 metric tons of carbon dioxide in 2017 and China having emitted 9839 (Germany, the largest emitter named in the complaint, paled in comparison, having emitted 799 metric tons). Unfortunately, neither country could be named in the suit, as the US has signed but not yet ratified the CRC, and China has not ratified the Third Optional Protocol. Critics are claiming that, without dramatic reductions from these countries, the reduction efforts of smaller emitters will be insignificant. Therefore, although it risks being ineffective as a legal instrument, the complaint could instead be valued as a symbolic strategy by using the media coverage of the lawsuit to generate international awareness as a normative foundation for more tangible and effective measures.

While the bureaucratic limitations to international law are discouraging, this case offers a new approach to reform by creating channels through which the international community can engage in legal and political dialogue surrounding the climate crisis. If successful, the lawsuit could permanently designate climate change as a children’s rights issue, permitting the CRC to be invoked in future climate cases. This designation would establish precedent and open new legal routes through which climate change activists could challenge governments, while potentially influencing future decisions by the UN committee. The plaintiffs’ requirement that the countries “engage with other states” could ensure that the process is extended to all countries, not just those named in the complaint, which could facilitate greater legal accountability in the future.

Protecting children is a moral imperative of societies and governments all over the world, and framing the climate crisis in these terms could be an effective way of changing the conversation. By bringing these moral responsibilities into the legal sphere, the plaintiffs are hoping to remind world leaders of their responsibility to current and future generations, and hold them legally accountable for the consequences of inaction. For decades, governments have acknowledged and reaffirmed the enormity of the impending climate crisis, yet their policies repeatedly fall short. This history of insufficient action and neglected commitments may seem disheartening to many, but to sixteen young activists it has been an impetus for a new strategy that recognizes the importance of shared values. If these values are given legal weight in international climate agreements, this case could be the first step towards lasting systemic change.