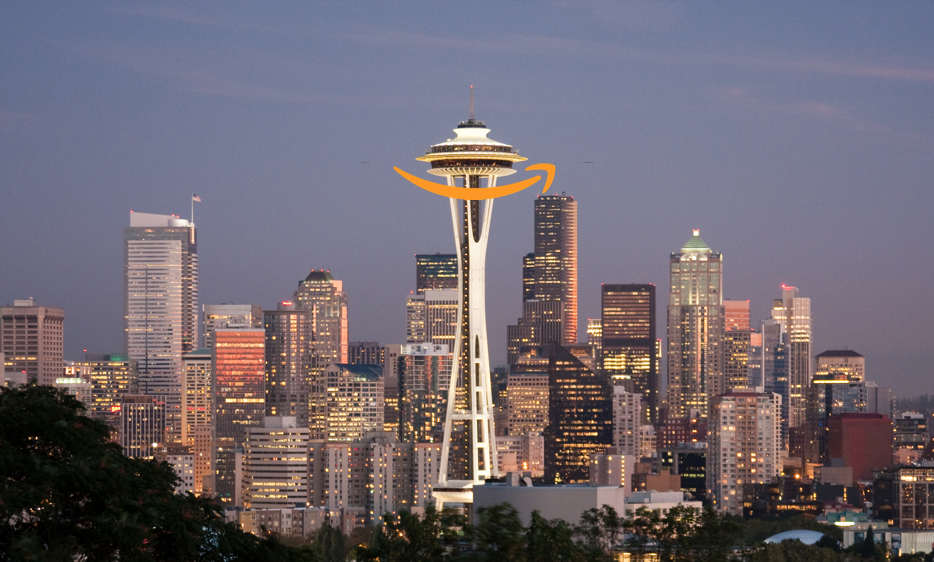 Since announcing a proposal to build a second headquarters, cities across North America have scrambled to prove to Amazon why their city is the optimal location for HQ2. Although there are several benefits to hosting a tech giant like Amazon, cities should look to how Amazon has transformed Seattle before unequivocally vying for the bid. Amazon has altered Seattle and the way in which its residents interact with the city, and the stressors Amazon has brought must not be forgotten or downplayed.

Seattle has seen extraordinary growth in the past decade. From 2010 to 2016, Seattle saw a population increase of 95 692 new residents, to reach a total of 704 352. That’s a 15.72% percent increase in just six years. By comparison, New York increased 4.4% and Toronto increased 4.5% over the same time period. San Francisco, the largest tech hub in North America, increased by 8.16% during that same time period, almost half that of Seattle. Amazon alone employs 40, 000 Seattleites. Not only is Amazon the largest employer in Seattle, but the proportion of Seattle’s population that works for Amazon is huge.

This influx of new well-paid, highly skilled workers and a lack of housing stock has caused Seattle’s housing and rent prices to skyrocket. In 2016, Washington state’s housing prices rose by 11%, more than that of any other state. Rental prices also rose 8.3% in the past year, and 57% in the past five years. To compound the problem, Seattleites are choosing less and less to sell their homes as they anticipate prices to continue to rise. As a consequence, Seattle has become unaffordable to many of its long-time residents. In a survey conducted in 2017, although 87% of millennials would like to stay in the city, half feel as though they must leave to afford their lifestyle. Amazon has also strained Seattle’s infrastructure and public services. For example, last summer King County Metro Transit had to add additional buses along the route that traveled from the University of Washington’s campus to the Amazon campus, as Amazon hosted hundreds of summer interns in UW dorms.

Another issue much harder to capture qualitatively is Amazon’s integration within the city. Amazon has been criticized by both the media and Seattleites for growing as a separate entity within Seattle, rather than growing in a way that reconciles with what already exists. Opinion pieces with headlines such as “How Amazon Took Seattle’s Soul,” “How Amazon Swallowed Seattle,” and “Alexa, Fix Seattle,” capture the sense of disdain for how Amazon has made Seattle feel impersonal and different from the city it once was. The general sentiment is that the new Seattle transplants, often 24-39-year-old educated white men, have infiltrated the city and South Lake Union (SLU), but fail to become active members of the community.

Initially, Amazon, too, had no interest in building a relationship with the greater Seattle community. For example, in 2012 The Seattle Times investigated corporate philanthropy in King County. It found that while Microsoft and Boeing, two other local corporate giants, had donated $4 million and $3.1 million respectively, Amazon had donated nothing in its 18 years of being in Seattle. Amazon has listened to these critiques, and has subsequently sought to increase its philanthropic footprint. According to their website, Amazon now has donated to about 70 local charities. Amazon has also sought to develop more spaces in South Lake Union in a way that can be shared with the public, such as a dog park; and encourages local neighbourhood business growth to let Seattleites benefit from the development of SLU, as opposed to internalizing such services. Yet, locals feel these efforts fail to harmonize with Seattle, and that such efforts are just a way for Amazon to extend its campus onto Seattle’s public space.

Although it’s easy to see Amazon in the same disdainful way that the locals do, it’s undeniable that Seattle has benefited from Amazon’s presence in several ways. The most obvious one is job creation, especially since the jobs created are well-paying jobs that attract a desirable work force. Amazon has created thousands of jobs within the company, and many more in both directly and tangentially related companies within Seattle. Amazon has also generated economic growth for Seattle, and will continue to do so. It has transformed the industrial South Lake Union neighbourhood into a bustling, glistening business district. This is what Seattle had planned for the neighbourhood years ago, and while Amazon accelerated the growth of SLU, causing some growing pains, it has ultimately helped Seattle in achieving this goal.

Amazon also strives for sustainability, encouraging employees to use alternative methods of transportation to get to work. About 20% of employees walk to work, and 15% live in the same zip code. In part of a deal made with Seattle regarding zoning laws, Amazon offered the city $5.5 million to add a new streetcar and create more public bike lanes near the campus. It also requested service of the South Lake Union streetcar, used frequently by Amazon employees, to offer increased service during peak hours.

Amazon’s sustainability measures are incredibly in line with those of the city of Seattle.  In 1993, Seattle released a play outlining a sustainable approach towards Seattle’s development. This plan was on the cutting edge of American urban design, and led the way for similar plans in other cities. Whether in a conscious attempt to reconcile with Seattle’s goals, or because of Amazon’s own philosophy, Amazon has certainly grown in line with the first two of the plan’s three pillars: “economic growth, environmental protection, and equitable development.” Amazon’s decision to locate in the heart of downtown, rather than having a suburban, isolated campus, has fortified economic growth, not only through Amazon, but through both tech and service businesses that have boomed alongside Amazon. Its downtown campus also shows its desire to be environmentally friendly through encouraging more eco-friendly methods of transportation. However, equitable development is where Amazon falls short. Its downtown campus has caused displacement not only in nearby neighbourhoods, but throughout Seattle. The dichotomy of the “tech bros” and Seattle’s long-time residents has create, and will continue to, strain Seattle’s equitable development.

Amazon is a self-maximizing actor, and only becomes involved in public affairs when it deems necessary. This is exemplified in its failure to engage in local philanthropy until faced with heavy critique. Amazon has been the initiator in several problems throughout Seattle, but is it Amazon’s job to fix them? Seattleites have a right to blame Amazon for many of Seattle’s arising problems. Many of these problems can have solutions through public policy and city planning, although the complexity and multiple layers of the issues mean that finding solutions will be tricky and messy.

Some of the issues that have arisen, such as the influx of a new type of worker, could be improved by Amazon striving to hire more women and people of colour. Yet, all Amazon employees will still ultimately fit into the same demographic of highly educated, well paid 25-to-39-years-olds, and this is something that Seattleites must learn to accept. On the contrary, Amazon could play a more active role regarding its physical and philanthropic integration within Seattle. Yet, given Amazon’s history, it seems that they may not choose to pursue such an path.

Whichever city Amazon chooses for HQ2 should study its impact on Seattle and prepare for the layers of consequences HQ2 will bring. Naturally, depending on the size of the city and its current form, each city will be affected differently. Yet, smaller cities where Amazon will have a particularly large presence should especially take note of  Seattle.