A Tale of Two Countries: Switzerland and the United Kingdom Post-Brexit 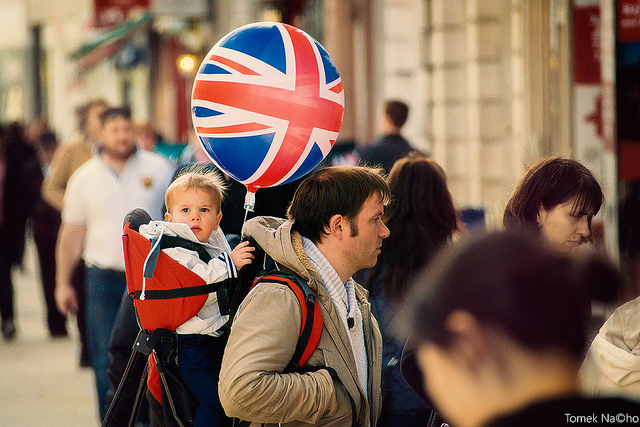 In a world concerned with the insatiable quest for instantaneous results, it is worth noting that at the time of writing this article the United Kingdom is, contrary to common sentiment, still a member state of the European Union. While the referendum in which the UK voted to leave the European Union took place on the June 23, 2016, the UK will formally leave the EU no earlier than March 2019, assuming Prime Minister Theresa May hands over the formal decision to leave the EU pursuant to Article 50 of the Lisbon Treaty next March. Only then would the UK become independent from the EU, similar to Switzerland.

While the UK’s past and future relationship with the EU is fairly well known, Switzerland’s relation with the EU is much less known. First, and sometimes surprisingly to many people, Switzerland is not and never was a member of either the EU or its predecessor, the European Economic Community (EEC). After two attempts to join the EU were rejected by the Swiss people by referendum, Switzerland – a country almost completely surrounded by member states of the EU, such as France, Germany, Italy and Austria – decided to negotiate a unique arrangement with the EU. Switzerland has signed a series of renewable bilateral agreements with the EU, popularly known in Switzerland as the “bilaterals.” These agreements between the EU and Switzerland cover pre-specified topics mostly dealing with commerce and the free movement of persons. In very broad terms, Switzerland has adopted most EU norms, contributes to the EU budget, and has given free movement and the ability to reside within its borders to EU citizens. In exchange, Switzerland can trade with the rest of the EU as if it were an EU member state. The ever so important finance industry of Switzerland is not included in the bilateral agreements, a fact that is crucial in understanding the parallels between Switzerland’s relationship with the EU and the UK’s in a post-Brexit world. Importantly, the Brexit negotiations have the possibility to spur a critical reformulation of Switzerland’s own agreements with the EU.

Maybe more so than in many European countries, the decision of the British people to leave the EU has been keenly followed by the Swiss people. Beyond the historical ties between the UK and Switzerland, there exist key similarities between the British and Swiss relationships with the EU in the future. For example, one of the main reasons for the Brexit victory was widespread anti-immigration sentiment, particularly those coming from new EU member states – notably from Central European countries like Poland, Romania, and Bulgaria. Here it should be noted that there are two cornerstones to the EU: free movement of capital and goods and free movement of people. Thus, by deciding to leave the EU and reclaiming its migration policy vis-à-vis the rest of the EU, the UK has set a difficult path in its exit negotiations. It is probable that the UK will in essence have to start “from scratch” and negotiate with the EU a brand new trade treaty if it wants to attempt to keep its current, or at least a favourable, status allowing the UK to trade with the EU without tariffs or economic hindrance. Up until now, the EU has accepted that non-member states may be allowed the same privileges as EU members states if said non-members allow the free movement of people and contribute to the EU budget. This is the case for both Switzerland and Norway. Based on the precedent that only non-member states that accept free movement and contribute to the budget are able to be included in the economic zone, and based on the Leave camp’s motivation and desires to control migration, it seems the negotiations will not be simple or productive even two years before they occur.

Another challenge for the UK during Brexit negotiations resides with the City of London, the financial hub of Greater London responsible for a substantial part of UK tax revenues. The EU has created a “single passport” system for financial services activities. In short, when a financial institution is regulated by one member state of the EU, it can conduct business throughout the EU without being regulated by each member state. This single passport system has allowed the City of London to offer its services throughout the EU and bring in massive revenues for the UK. Of course, this massive privilege for the British economy could disappear when the UK leaves the EU, rendering the City of London less attractive as a European financial hub.

On the February 9, 2014, following the accession of new Eastern European states to the EU, the Swiss people voted in favour of reintroducing quotas for the number of EU citizens allowed to reside and work in Switzerland. This flies in the face of the bilateral agreements that grant Switzerland the economic benefits of being a quasi-EU member state, but which require compliance with the free movement of people. While the implementation of the referendum reintroducing quotas is not yet complete, there is little doubt that Switzerland is going to encounter challenges comparable to the UK’s difficulties if it wants to retain its favourable trading partner status with the EU. This theme of negotiation is what has and will continue to set the tone for relations within the EU. Regardless of one’s view on Brexit, European countries finds themselves at a stage of ‘rebuilding’ and determining which institutions to keep, which to change, and which to eliminate. These terms are not easy to outline and should in no case be underestimated. It is not beneficial for the EU to refuse all British propositions as that would in no case benefit the EU; however, the UK cannot return to its prior status with the EU without compromises, and thus these upcoming negotiations take on a historic importance.

Switzerland and the UK are of course very different, but it nevertheless could be the case that the outcome of negotiations for one could influence the outcome of the negotiations of the other. Two specific and sensitive issues will be followed closely in London and in Bern. If the UK is able to gain a trading status close to the one it enjoyed when a member of the EU while simultaneously denying the free movement of EU citizens within its territory, Switzerland will undoubtedly be encouraged to implement the 2014 referendum without dire economic consequences. On the other hand, a failure to attain such a status on the UK’s part could have a negative impact on both countries. The negotiations surrounding the City of London and the single passport system will thus be keenly followed by the powerful Swiss banking industry. Switzerland failed to include the finance industry in the bilateral agreements. As a result, Swiss institutions have limited access to the EU, with access usually provided through EU subsidiaries requiring regulations and additional costs. If the UK is able to keep the single passport while outside the EU, no doubt that Switzerland would then have a fairly convincing argument to ask for the same status as the UK for the finance industry. They are two different countries with similar sets of challenges to solve ahead of them.