Tearing at the Seams: How Fast Fashion is Destroying Our Planet 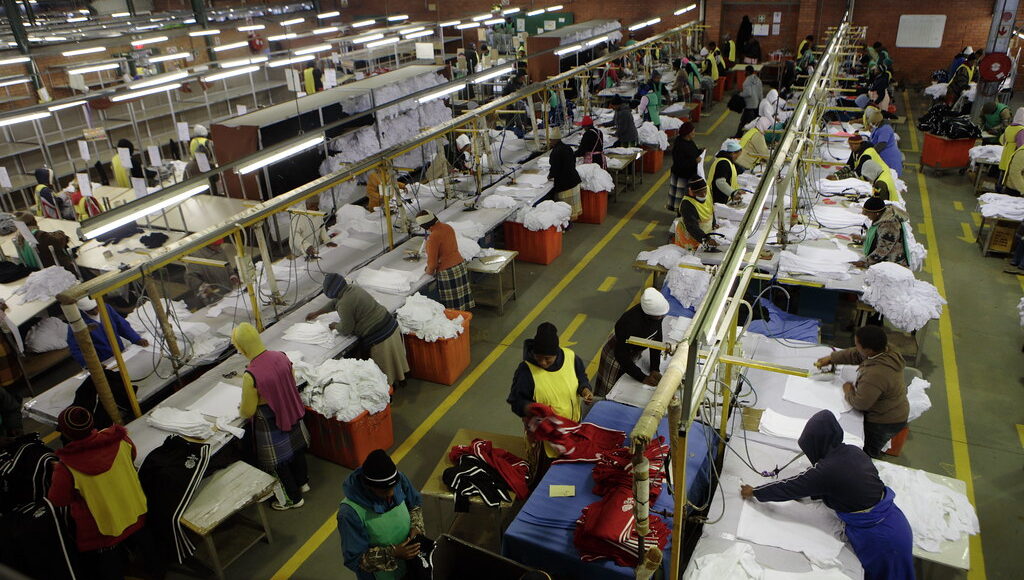 In 2019, the United Nations General Assembly warned that in 11 years, humans will have destroyed the planet beyond repair. It is now 2021, and industries continue to ignore, deny, and even exploit growing fears about the environment. As one of the main culprits, the “fast fashion” industry has come to define the retail experience through social media. As it grows, new issues have been thrust to the forefront of public debates. The industry’s acceleration of consumerism through its use of social media poses clear environmental repercussions. By pushing the blame to the individual consumer, these huge corporations are covering bullet holes with Band-Aids.

The steady transition towards mass consumerism in the fashion industry can largely be attributed to the rise of social media. Today, users can choose from a wide variety of sites, featuring personally curated feeds with ads and posts to incentivize consumption. These platforms have reconfigured the fashion world — altering the mentality of producers and consumers alike. Historically, brands released two collections per year that would dictate the trends for the next season. However, social media allows fast fashion brands like Zara and H&M to watch trends evolve in real-time, allowing them to release new lines within weeks.

The speed at which brands produce garments, coupled with the ability to monitor trends and fads in real-time, makes it easy for the fashion industry to shift away from deliberate and limited collections to the constant release of new products. Brands now have on average five collections a year, with stores like H&M stocking new items every week for teenagers and young adults who represent their target audience. The constant exposure to lavish celebrity lifestyles and the bombardment of fashion trends conditions this generation to embrace a consumerist approach to style — especially with fast fashion’s affordability, making it one of few options available to many customers shopping for clothing. Yet, as a result of this increase in production and consumption, textile waste is expected to climb from 92 million tonnes to 136 million tonnes annually by 2030 — and this is just the tip of the (melting) iceberg.

The environmental impact of being trendy

The repercussions of this consumer mentality funded by fast fashion and propagated by social media are expansive and detrimental to the environment. According to Business Insider, the fast fashion industry produces 10 per cent of the world’s carbon emissions, four per cent of global greenhouse gas emissions, and is the second-largest consumer of the world’s water supply. It takes more than 2,700 litres of water to produce approximately one T-shirt, and the continued maintenance of these products pollutes our oceans with microplastics that damage ecosystems. Fast fashion’s successful partnership with social media platforms has helped the industry double the rate of clothing production from 2000-2014, which exacerbated their emissions, water consumption, and abusive relationship with their workforce in developing countries.

The average American now buys more than 60 new pieces of clothing. They throw away 81 pounds annually, of which only 12 per cent can actually be recycled, with the rest going to landfills and taking up to 200 years to decompose. Aside from these devastating environmental impacts, human rights abuses in the industry have also attracted increased scrutiny after the 2013 Dhaka garment factory collapse that killed over 1,000 people in Bangladesh. The reality of fast fashion’s destructive habits is easily accessible for consumers, but huge corporations’ marketing strategies provide an effective mask to shield them from blame.

Inducing change in an industry that evades responsibility

While the fast fashion industry faces some criticism for its actions, there have been few repercussions for the brands as sales continue to climb. Companies are failing to address the environmental impact of the destructive practices properly — and they’re getting away with it. In general, large brands have avoided consequences for their harmful methods due to their financial influence and control over their consumer base, such as the Volkswagen Emissions Scandal, which saw the company charged only with minor counts over four years after it occurred.

Aside from straightforward denial, brands also turn to other methods of appeasement and distraction to dodge responsibility for their actions — notably by externalizing this responsibility to the consumer. In their marketing campaigns, companies like H&M place the burden of sustainable practices on the consumer, encouraging them to “wash less, repair, recycle and repeat” while simultaneously bombarding them with Instagram ads for their site-wide sales. These attempts to deflect blame onto the individual have been unconsciously internalized by the population, which accepts more responsibility than they can realistically hold for the destruction of the environment.

This idea of personal culpability is supported by the ‘greenwashing’ of fast fashion brands; H&M and Zara have both released ‘eco-friendly’ lines called Conscious and Join Life, respectively. These vague and hollow tags are applied to products with at least 50 per cent sustainably sourced material — but Conscious only makes up three per cent of the clothing products H&M sells. The adoption of the language of sustainability by these brands and the front presented by these eco-conscious lines is supported by complementary initiatives like donation boxes, which reward each donation with a discount on the contributor’s next purchase. This reinforces the mindset drilled into the consumer through social media, that clothing is designed to be discarded and keeps the individual focused on their next purchase.

The fast fashion industry has escaped responsibility for their harmful practices for decades — and if they are allowed to continue, the damage they cause will be irreversible. Tackling this requires us to divert our focus away from the consumers’ practices and instead towards the behaviour of fashion brands and social media platforms. Fast fashion companies need to be held accountable for their unethical and unsustainable practices, particularly regarding their water consumption and skyrocketing quantities of clothing produced.

On the production side, social media and fashion companies need to be curbed by institutions and governments at the national and international levels through concrete and enforceable policies. Though the unsettling practices of certain major companies like Facebook are beginning to undergo intense scrutiny following the 2020 election, their power remains relatively unchecked as they continue to bombard young users with misinformation. Simultaneously, consumers can help by boycotting companies with unsustainable policies or trying the No-Buy Year challenge, asking participants not to buy any extraneous articles for an entire year. The path to sustainable fashion is littered with pitfalls and barriers, but if we don’t follow this path soon, we will be going to hell in a trendy handbag.