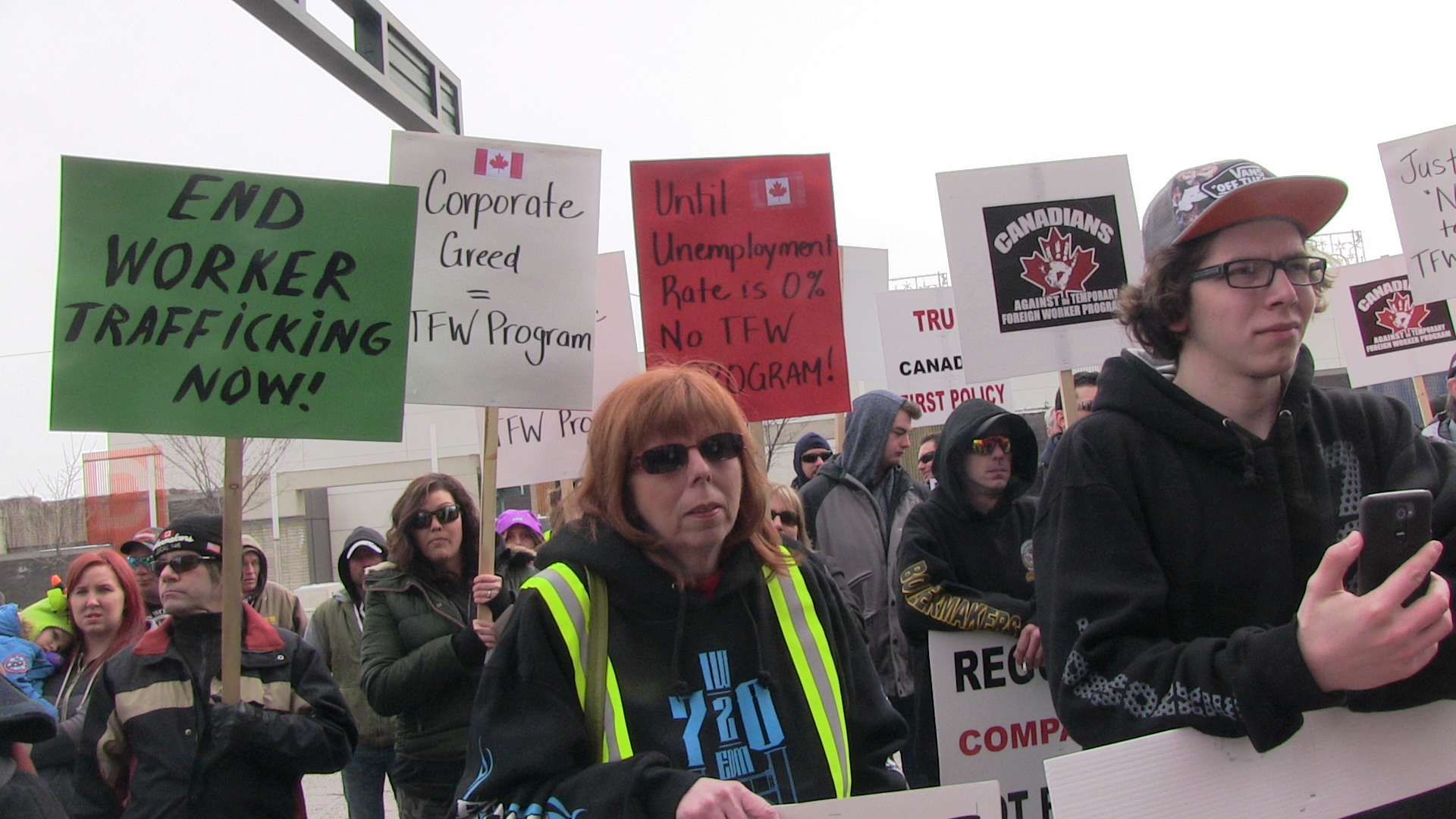 Recent evidence collected by the Alberta Health Inspectors alleging that foreign workers were living out of a Burger King in Lethbridge has re-ignited public debate over the rights afforded to migrant workers and the ethical implications of these programs. Indeed, the Alberta Federation of Labour’s president Gil McGowan was quick to suggest that Canada’s Temporary Foreign Worker Program is a broken policy, despite professed efforts by federal governments to fix it. This is only one of the many instances of foreign worker abuse in Canada with each occurrence deepening the divide between proponents and critics of the program.

An uncomfortable reality surrounding temporary foreign worker programs is that affording domestic and foreign workers equal rights will impose additional costs on receiving states and domestic employers, which will reduce the number of permits issued to migrants. In labour migration literature, this is referred to as the “rights vs. numbers” trade-off. This trade-off is grounded in empirical evidence, as demonstrated through a comparison of temporary migration programs in Sweden and the Gulf Cooperation Council (GCC) states. In Sweden, a strong welfare state and social democratic history has resulted in a temporary migration regime that aims for a complete equalization of pay and working conditions for migrant workers and their domestic counterparts as well as a path to naturalization after 48 months. As a result, the annualized number of all labour migrants holding permits between January 2009 and May 2011 was about 0.3% of total employment

Conversely, the GCC states are notorious for severe restrictions on migrant rights and no avenue for naturalization, resulting in a plethora of human rights violations and calls for reform from the international community. The unregulated nature of their regime has made it relatively cheap and easy to hire migrant workers, resulting in extremely high numbers of migrants entering the country. For example, in 2010, migrants made up 94.3% of Qatar’s labour force, while in 2008, they made up 85% of the United Arab Emirates’ labour force and 74.6% of Oman’s labour force. Canada’s program falls somewhere between these two extremes, restricting certain rights such as family reunification and access to citizenship for specific subset of migrants. In 2011, temporary migrant workers made up 1.06% of Canada’s labour force.

Broadly speaking, increasing the number of foreign workers into a country will result in greater remittances sent back to migrants’ communities of origin, thus providing formidable developmental potential that is often looked over by those who advocate for the abolishment of these programs. There have been extensive studies on remittances that demonstrate the role these flows play in relaxing a household’s liquidity constraint, increasing micro-level investment/transition to capital-intensive production, and enhancing the opportunities available to migrants’ dependents. Additionally, remittance flows can have significant macro-level effects. In 2003, Bangladesh, a major migrant sending country for the GCC states, used remittances to finance the importation of capital goods and raw materials for industrial development, improve the balance of payments, and increase the supply of national savings. In 2000, the total amount of remittance inflows was equivalent to 50% of the country’s developmental budget. Further, in 2010, remittance inflows exceeded net foreign direct investment in the sending counties of India, Pakistan, and the Philippines As such, cries for abolishment or reforms that would significantly decrease the number of issued permits must consider the macro- and micro-level effects that such action would have on the sending countries’ economies.

From an international developmental perspective, depriving low-income countries of such significant remittance flows could end up doing more harm than good. Indeed, some of these states’ reliance on access to receiving countries’ labour markets is so apparent that they have institutionalized and publicized their dependence. For example, in 2011, Walden Bello, a congressman from the Philippines (a major labour-sending country for Canada) and chair of the Parliamentary Committee on Overseas Workers Affairs said, “our foreign policy has been reduced to one item: promoting the export of our workers and securing their welfare abroad”. Furthermore, Bangladesh has created five different government ministries that are tasked with managing international out-migration, illustrating that temporary labour migration is deeply embedded in its institutional framework.

From a business development standpoint, it could be argued that significantly altering temporary foreign worker programs, resulting in the exodus of large numbers of workers, may have crippling effects on receiving countries’ economies especially if they are highly dependent on migrant labour. A quick examination of Saudi Arabia illustrates the very real potential for economic dislocation after a crack down on temporary foreign workers. In 1997, the Saudi government deported 750 000 migrants who had stayed in the country longer than stipulated on their work visas. This was followed by a 200 percent increase in construction wage costs for Saudi employers. Obviously, this is an extreme case that is not immediately applicable to Canada given its current number of labour migrants. Yet, it does illustrate the important point that hastily conceived action based on (rightly concluded) moral outrage can create serious spillover effects that absolutely cannot be ignored.

This is not to trivialize the horrors faced by some migrant workers – their stories are numerous and harrowing. It is undeniable that temporary foreign worker programs around the world could benefit from a little refinement. Rather, the aforementioned facts illustrate that a true assessment of these programs requires us to confront a painful reality in which second-best solutions may be unavoidable for the time being. In essence, we need to ask ourselves several questions.

We need to establish whether an evaluation of migrants’ well-being should be determined on the basis of comparison with their receiving state counterparts or those in their country of origin. We must determine the extent of responsibility we have in making such decisions while also maintaining sending states’ and migrant workers’ agency. We also must come to terms with the fact that every increased cost imposed upon receiving state employers and governments will result in fewer issued permits, fewer employment opportunities for foreign workers, and decreased remittance flows. These are difficult questions that contain an eclectic mix of ethics, economics, and international development, and unfortunately there are few immediate answers in sight. However, they are questions worth asking indeed.