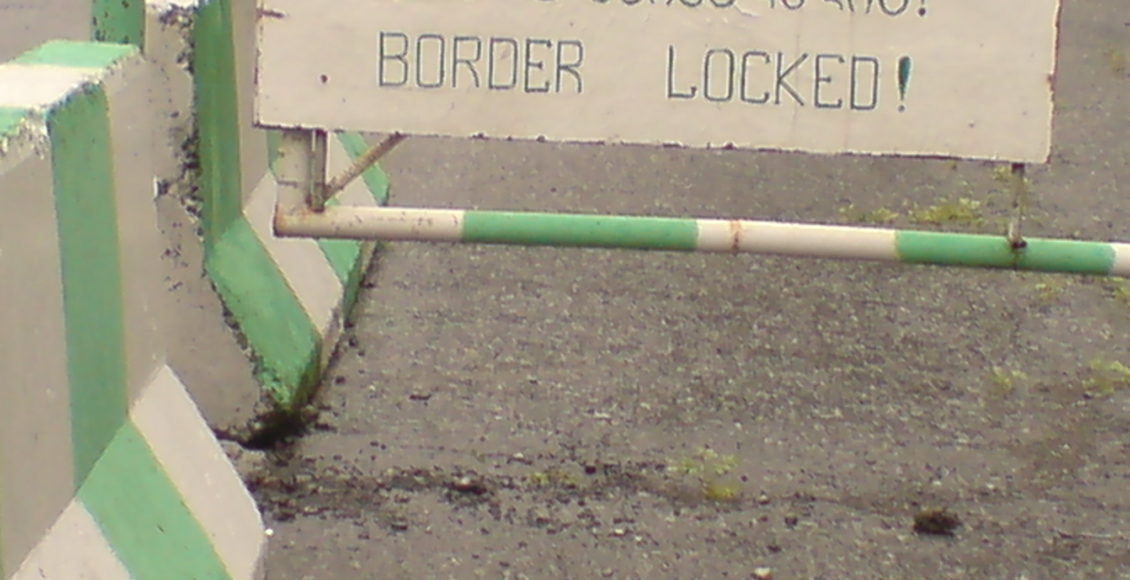 At the annual celebration of the Russian Geographical Society in Saint Petersburg last November, Russian President Vladimir Putin engaged in topographical discourse with a nine-year-old boy who claimed he knew every border in the world. The President wanted to know where his country’s borders end, to which the boy naturally responded with an outline of Russia’s internationally recognized frontiers. “Wrong,” Putin proclaimed, “Russia’s border ends nowhere”.

Although the President later made it clear that his statement had been a joke, there is far too much honesty in his humour for anyone not to see the reality behind Putin’s remarks.

It was as if Putin was addressing the agrarian folk of Georgia’s northern regions who have experienced firsthand Russia’s never-ending border ever since the two countries’ brief conflict in 2008. Russian forces overran Georgian attempts to reclaim their sovereignty, resulting in a quasi-annexation of the breakaway Abkhazia and South Ossetia regions that continues to this day. Recognized by a handful of Russian allies and satellite republics, the parastates’ independence is guaranteed solely by the Russian Armed Forces and security apparatus.

Dismissed by most of the world as an imaginary line in the sand, the borders of the self-proclaimed South Ossetia and Abkhazia are not only real, but also have yet to cease expanding. Perhaps because recognizing the existence of a set border would imply recognition of the illegal creations as well, frontiers remain fluid. In an already well-practiced manner, the Kremlin has taken this window of opportunity to push deeper and deeper into Georgian territory even in times of peace and relative stability in the Caucasus.

A recent overnight annexation saw the barbed wire border move within half a kilometre of Georgia’s main autoroute while also placing nearly two kilometres of British Petroleum Baku-Supsa pipeline under Russian control. The locals of Georgia’s northern farmlands refer to the shifting line as the ‘rural Berlin Wall’ as week after week families find themselves separated by fresh strips of razor sharp steel and warning signs. Russian and Ossetian troops creep out after dark to move the unofficial line—usually only a few yards—inching closer to Tbilisi. In some cases locals have gone to bed in Georgia and woken up in South Ossetia.

Last week Georgian border officials spotted Russian and Ossetian gunmen as they ploughed a 100-meter trench through an apple orchard along the “border”. Locals were told the trench would serve merely as a defensive position in case of border escalation, but were detained and fined by Ossetian police for crossing an ‘international border’ the day after being informed of its supposed benignity.

The European Union has maintained a sole monitoring mission in Georgia since the signing of the 2008 ceasefire between Moscow and Tbilisi. This ceasefire is still regularly ignored by the Kremlin, which refuses the European Union Monitoring Mission access to either breakaway region. EU monitor John Durnin believes the “Russians are using a 1984 Soviet general staff map to draw the new administrative boundary, but we really don’t know”. Just as the surrounding residents, Durnin wakes up to green “Attention: State Border” signs which seemingly take up ghoulish forms when the sun goes down, appearing elsewhere with every passing day. The monitors are helpless in putting an end to the expansion. On the other hand, with memories of Moscow’s backlash in 2008 still fresh, Tbilisi continues to vouch for peaceful resistance to the growing parastates. The Georgian government is convinced that there can only be a peaceful end to the Russian occupation. Unfortunately Putin’s cabinet does not share their sentiments.

NATO Secretary General Anders Fogh Rasmussen was harsh in his criticism of Russia’s creeping border prior to the 2014 Sochi Winter Olympics. “Raising fences and other obstacles is unacceptable and contrary to international law, which the Russians are committed to. Wire hinders free movement and normal life of residents and should be removed. In the 21st century we should be engaged in raising bridges, not setting up wires between them,” said Rasmussen. But the response from NATO remained nothing but words in the wind when it comes to Georgia. Although promised eventual membership in 2008, the country is yet to receive a Membership Action Plan, intended to mark the beginning of accession.

Instead Moscow continues to support separatist sentiments, freely infringing international law as and when the Kremlin deems it beneficial. Unpunished behaviour such as the annexation of Crimea and ongoing proxy conflict in Eastern Ukraine adds fuel to Putin’s imperialist fire. Motivated by the painless takeover of Crimea, the leader of South Ossetia, Leonid Tibilov, has said he plans to hold a referendum on whether to request annexation by Russia in the upcoming months.

In an age where information is available at the click of a mouse, who can tell with certainty where the borders of Russia will end tomorrow?

Georgia is a prime example of a successful transition to democracy in a historically contentious region. The country is firmly committed to Euro-Atlantic integration – something Moscow has proven its opposition to time and time again. True to form, Russia has acted while the West lays idle. While Westerners sit in our high towers debating among ourselves, farmers in northern Georgia witness the crippling effects of our inaction and lax response to blatant contraventions of international norms. The people of Georgia have every right to be concerned when they go to bed at night: the world failed them in 2008; it failed Ukraine in 2013. Depending on where you stand, it failed Syria in 2016. Uncertainty looms large as we enter a new year, accompanied by new regimes, new power struggles, and most likely new perimeters for the people of Georgia.

The featured image “Border Locked!” by Morten Oddvik is licensed under CC BY 2.0.