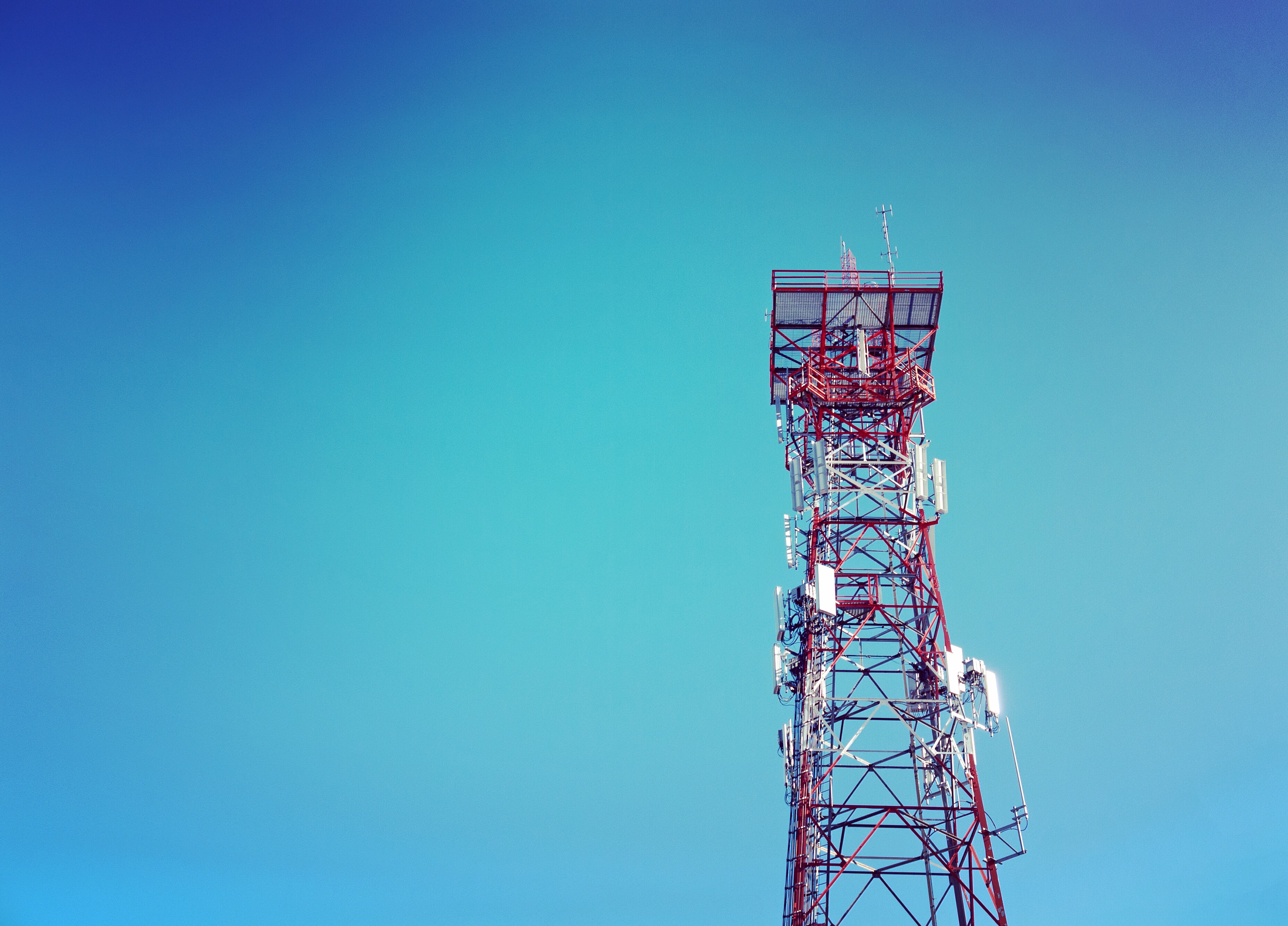 Named as the case that could transform privacy law in the digital era, the 2018 Supreme Court case Carpenter v. United States promises to bring the law into the 20th century by directly addressing the use of private location services by law enforcement. In a case dating back to 2010, the FBI succeeded in convicting Timothy Ivory Carpenter by using cell-site data to access his location – all without a search warrant. Taking it all the way to the highest court, Carpenter is petitioning his rights against an unwarranted search under the Fourth Amendment.

In 2011, Carpenter was arrested for a suspected connection to a series of armed robberies that hit tech stores across Michigan and Ohio. The FBI subsequently used a confession by one of Carpenter’s accomplices as grounds to access to his phone records – including the date, time, and approximate location of his calls – without a warrant. Accessing his cell-site location data over a 127-day period, law enforcement was able to place Carpenter within a 2-mile radius of four of the robberies, and used this information as essential evidence in his conviction. Carpenter was finally granted a writ of certiorari from the Supreme Court in 2017, through petitioning that the district court’s evidence was based on an unwarranted search. The Court heard the oral arguments of both the federal prosecution and Carpenter’s defense in November and promises a decision by June of this year.

Unclear Past and Uncertain Future

The Court has long struggled with reconciling new technology and old law. The exponential rate of invention and level of innovation in the technological arena often clashes with the largely immobile Constitution. The modern omnipresence of technology demands a reevaluation of societal standards of privacy, and an update in the law is long overdue. The recent pervasiveness of personal devices containing private information – including constant location services – has sparked a debate surrounding just how much of that information the U.S. government has the right to access. However, a series of Court precedents in favor of both sides of the privacy debate hardly succeed in making Carpenter an easy or predictable decision.

During the November arguments, defense counselor Nathan Wessler from the ACLU repeatedly referenced two recent Court decisions that unanimously ruled in favor of privacy from the government. First, the 2012 case United States v. Jones, in which the Court ruled against the police attaching a GPS device to a suspect’s car over an extended period of 28 days, further citing a violation of the reasonable expectation of privacy. Secondly, the 2014 Riley v. California case, which ruled that the digital contents of a cell phone are to be taken as private property – therefore requiring a warrant to search.

Conversely, the prosecution – and several Justices – emphasized the earlier decisions of United States v. Miller in 1976 and Smith v. Maryland in 1979. The Miller case qualified the unwarranted search of personal bank records as constitutional. Citing the “third-party doctrine,” the decision declared that the bank records were not technically private because Miller had entrusted a third party (in this case, the bank) with the information, thus technically respecting his privacy rights. Similarly, the Smith case legitimated the unwarranted government use of a pen register to record all numbers called from a particular telephone line, again citing the third-party doctrine in reference to the phone company.

These precedents set out clear arguments, both ethical and legal.

The legal argument specifically concerns the Fourth Amendment, which protects against “unreasonable searches and seizures” and provides that “no Warrant shall issue, but upon probable cause.” However, acting under the Stored Communications Act of 1986 – which subjects electronic service providers to compelled disclosure of private records if subpoenaed – the search of Carpenter’s cell records was only authorized by a court order, not a full warrant. While issuing a warrant requires “probable cause,” a court order only requires “reasonable suspicion.”

It is here that officials get into the (somewhat pedantic) discussion of what does and does not qualify as a “search.” An “unreasonable search” is clearly defined in the Bill of Rights as one without a warrant. Following this, it is natural to assume that any action that does not require a warrant must not qualify as a search; yet, it is extremely far-reaching not to classify an extensive 127-day sweep of personal cell location services as one.

Even after qualifying this case as a search, the legality of it is questionable at best. Carpenter was tracked for over 4 months, so the authorities could tell whether he attended his usual church on Sunday morning just as well as they could pin-point him at the various robbery sites. A dragnet search like this is not as much a search as an instrument of constant government surveillance. The Founding Fathers were sure to have wanted to prevent this kind of constant surveillance with the Fourth Amendment; and, in-keeping with the highest law, the current government should do the same. 24/7 surveillance was inconsistent with the Constitution even before it was possible, so it is time the legal line be drawn more strictly to protect citizens’ privacy rights.

This case has serious moral significance too. Any citizen is entitled to what the Court calls a “reasonable expectation of privacy,” a standard that at the very least would prevent the government from intruding on some aspects of life, in private locations such as the home, a hotel room, or a public restroom. As Justice Alito Jr. pointed out in his majority opinion in Riley v. California, “Society’s expectation has been that law enforcement agents and others would not — and indeed, in the main, simply could not — secretly monitor and catalog every single movement of an individual’s car for a very long period.” Whether it be a car or cell location, the expectation remains the same.

This moral standard applies to Carpenter too. In their amicus brief for the case, various technology giants including Apple, Facebook and Google urged that “no constitutional doctrine should presume that consumers assume the risk of warrantless government surveillance simply by using technologies.” Though some cell services notify users that the information can be recorded, it remains unreasonable to assume that all individuals are aware of, let alone consent to, the recording of such personal information as their 24/7 whereabouts.

Defence counselor Wessler also referenced another amicus brief, which provides a survey that conveys that majority of Americans do not understand what information is retained by service providers. The moral limitation of the third-party doctrine should be the full knowledge and consent of the individual. As detailed in the Miller decision, citizens consent to keeping otherwise private transaction records with the entrusted bank. On the other hand, when an individual receives a call, text message, or automatic network connection, the consent to disclose their location is non-existent. Even if the third-party doctrine assumes that individuals are aware of the possibility of surveillance, it is a stretch to assume that they consent to it permanently and constantly.

Implications for the Future

Ruling against Carpenter would hold serious implications for the future. The possibility of being constantly monitored through a now-essential device is both frightening and undemocratic.

Optimistically, if used correctly and sparingly, verifying government surveillance could have a positive impact on the crime rate. It would facilitate evidence-gathering in certain criminal cases, where key location-based evidence would be an asset for conviction. However, it is unclear why – if the criminal is, in fact, guilty – law enforcement could not simply get a warrant and search the suspect’s location legally. Due process, including the warrant system, exists for a reason. Americans are promised to be innocent until proven guilty, and yet, the system is not treating them as such.

The fact that accessing someone’s long-term location would simply require “reasonable suspicion” is particularly worrying in the current political climate. Following the path that the United States is forging these days, this could open up the door for discrimination and arbitrary action by law enforcement, and would most likely have much more severe and unfair implications for minorities. Relying on only “suspicion” of guilt, the subjects of unwarranted searches of location would certainly not match the demographic composition of America.

Despite these consequences, the course of this case is far from cut-and-dry, and the ambiguous precedents and leading questions by justices during the November hearing could tip the decision either way. Justice Breyer captured the uncertainty on the bench perfectly: “This is an open box. We know not where we go.”