The 2020 Taiwan Crisis: A Prelude for Chinese Reunification? 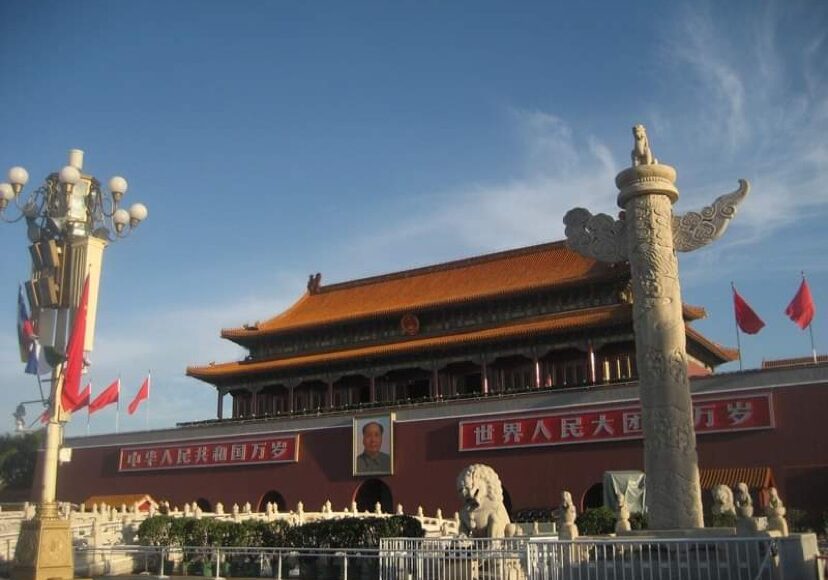 The relationship between Beijing and Taipei is extremely complicated. Since the retreat of Chiang Kai-Shek’s Nationalist government in 1949, the reunification of Mainland China and Taiwan has always been one of Beijing’s primary objectives. For decades, the Chinese Communist Party (CCP) had tried various ways to pursue this goal through peaceful means, such as implementing policies that favour Taiwanese businesses and individuals. Nonetheless, in recent years, and especially in 2020, a series of events have made Beijing believe that peaceful unification is no longer achievable, and that the use of military force is necessary for Beijing to solve the Taiwan issue permanently.

Since 2020, according to the Taiwanese media, the People’s Liberation Army (PLA) Air Force has crossed the Taiwan strait midline and “intruded” into the Taiwan “Air Defence Identification Zone (ADIZ)” nearly 50 times. To put this number in perspective: it is the most the PLA Air Force has visited Taiwan in 30 years. It is worth noting that both the “Strait Midline” and “ADIZ” are not recognized by either Mainland China or the international community — both are concepts formed by the Taiwanese defence department.

Before getting too critical of Beijing’s demonstration of aggression, it is worth noting that Beijing does not intend to change Taiwan’s status quo. In fact, over 40 years ago, both Mao Zedong and Deng Xiaoping told US diplomat Henry Kissinger that while the process of reunifying Taiwan was expected to be extremely lengthy, the CCP would have the patience to wait for the result. Therefore, Beijing’s recent actions — including multiple military exercises — can be seen as a form of warning to the incumbent Tsai Ing-wen’s government. Beijing’s message to Tsai is that if she continues to pursue independence and change the cross-strait status quo, it will leave the CCP no choice but to launch a full-scale military offensive on Taiwan.

Since her electoral victory in 2016, Tsai has constantly claimed that Taiwan will try its best to maintain the current status quo and seek peace with the Mainland government. However, her actions do not match her promises. By continuously spamming the Taiwanese people with propaganda while keeping a close alliance with the US, it seems that Tsai is trying to undermine the fragile cross-strait relations.

Since the DPP came into power in 2016, Taiwanese media, especially those outlets that are pro-Beijing, have suffered high amounts of government suppression. For example, CTi News, one of the most influential and pro-Nationalist TV channels in Taiwan, is facing the risk of shutting down as the “National Communications Commission” (NCC) may refuse to grant them a license for broadcasting.

Other TV personalities, such as Joyce Huang, also faced similar fates. An advocate of Chinese reunification and “One country, two systems,” Huang initially had a political commentary show on CTi News where she would constantly criticize the DPP’s policies toward the Mainland government. The DPP government, unquestionably, was displeased with her stance and remarks. Unsurprisingly, in June 2019 her show was terminated. Huang is now forced to record a show in Mainland China as almost no Taiwanese media would dare to accept her as a host.

This suppression of the freedoms of press and expression has caused an overwhelming amount of one-sided and inaccurate news in Taiwan, especially when it comes to information regarding the CCP and Mainland China. For example, just weeks ago a Taiwanese political commentator claimed that the Mainland is suffering from a dreadful famine. This is simply false as there are absolutely no signs of food shortage, nor fluctuation of food prices.

Apart from blinding its own people with enormous amounts of inaccurate news reports to incite people with anti-Beijing sentiments, the DPP is also seeking a close relationship with the US for military protection. It believes the support from the US would help them to eventually reach their goal of international recognition. The DPP government is advancing towards this goal by both inviting US officials to visit Taiwan and buying military weaponry from the US.

On August 10, US Secretary of Health Alex Azar visited Taiwan and spoke with Tsai. Beijing was outraged by this action, because during the establishment of diplomatic relations in 1979, the US promised to terminate any sort of official relationship with the Taiwanese government. In retaliation, the PLA sent its jets to cross the midline of the Taiwan Strait. Similar events also occurred when US Under Secretary of State Keith Krach visited Taiwan in September.

With a growing military threat from the Mainland, Taiwan has an acute need for weaponry. As a result, the US has frequently sold weapons to Taiwan, such as missiles and fighter jets. Since Trump became President, the US has sold $170 billion USD worth of weapons to Taiwan. Taiwan has almost no bargaining power in these dealings, resulting in weapons being sold to Taiwan that are often unnecessary and over-expensive.

Why is the US so interested in Taiwan, and how might it influence cross-strait relations? Since the Cold War, Taiwan has been recognized as an ally of the US and is seen metaphorically as an “unsinkable aircraft carrier.” By manipulating its relations with Taiwan, the US is able to gain a certain level of advantage when negotiating other issues with Beijing. In fact, during the trade war, the US used the “Taiwan card” to put pressure on Beijing to purchase more American agricultural products.

In the past, Beijing was generally unconcerned with most interactions between Taiwan and the US, for almost all of them were informal and unofficial. Nevertheless, because of increasing anti-Mainland sentiment in Taiwan and the increasing tension of Sino-US relations, any form of action could be magnified in this context. As the Taiwan-US relations — both diplomatic and military — become closer, Beijing finds itself cornered and struggling to make any concessions. It is worth noticing that in just a few years, Mainland China’s President Xi could enter his third term, breaking a precedent set up by his predecessors. It would be necessary for him to have a significant achievement in order to justify the extension of his presidency, and recapturing Taiwan would certainly give him that perceived legitimacy.

One of Beijing’s major concerns when it comes to unification through force is the intervention of the US. A war with the strongest military power in the world is certainly undesired by Xi and his staff. However, due to the current political instability following the US election, it is possible that Beijing may use this chance to launch a sudden offensive on Taiwan, and achieve unification before the US can intervene. For the next few months, with the US in its current fragile state, it is also necessary to keep an eye on Beijing to see if there will be any military actions across the Taiwan Strait.

Featured Image: “Tiananmen“ by Jiejun Tan is licensed under CC-BY-NC-ND 2.0.