The ‘AOC Effect’: Ushering in a New Generation of Progressive Democrats Against the Odds 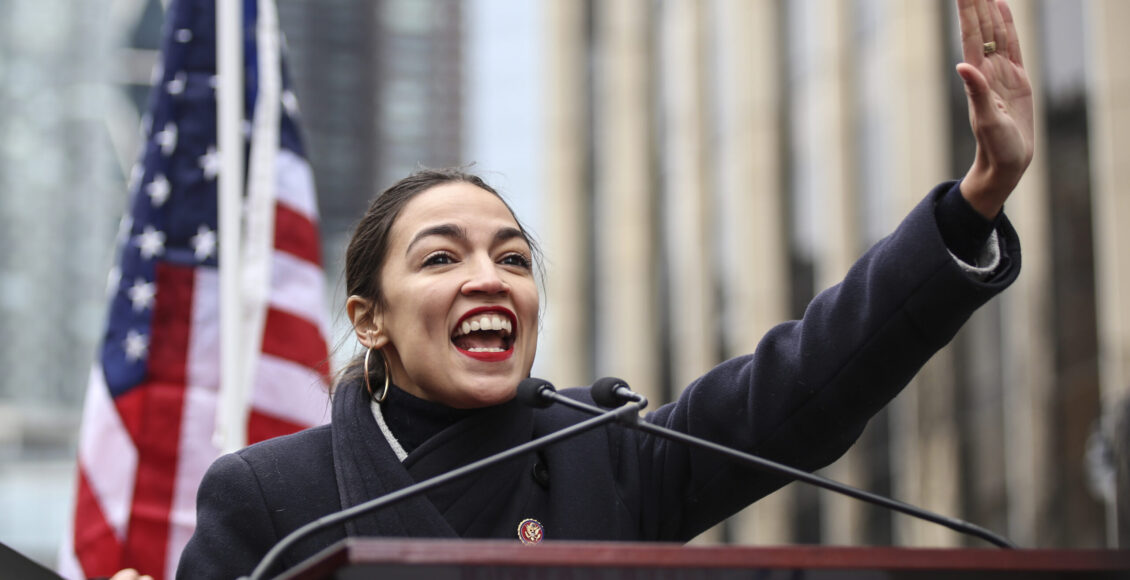 The election of Rep. Alexandria Ocasio-Cortez in 2018 came as a shock to Democrats and Republicans alike. Her campaign in New York’s 14th congressional district was not a competition between left and right — Democrat or Republican — but between two wings of the same party. On the one hand, a progressive grassroots candidate, and on the other hand, an established incumbent of almost 20 years, Joe Crowley. Ocasio-Cortez was not the only upset, as other grassroots candidates like Rashida Tlaib (D-Mich.) and Ayanna Pressley (D-Mass.), also swept congressional seats previously held by moderate establishment Democrats.

However, “underdog” success stories still represent a minority of cases in the American Congress. Accordingly, these women, joined by Ilhan Omar, were nicknamed “The squad,” and have publicly sparred with Democratic leaders like Nancy Pelosi. With that said, as progressive policies become increasingly popular to a more diverse pool of Democratic voters, how do grassroots candidates plan on overcoming obstacles within the Democratic establishment that have so far prevented any significant breakthrough?

The DNC and the progressive left: an uneasy relationship

Although it has no direct authority over elected officials, the Democratic National Committee (DNC) supports Democratic Party candidates at the local, state, and national levels, making it responsible for both the election strategies and campaign finances of its candidates. It generates income through “fundraising” initiatives, raising nearly $76 million in the 2016 election cycle. The question becomes not only to whom this corporate DNC money goes to, but how the origins of such large sums of money inevitably shape the policies and the types of candidates the DNC eventually chooses to support financially.

The DNC’s fundraising structure, notably its heavy reliance on corporate money, is problematic for the policies of progressive and grassroots candidates. For instance, if progressives support reforming Wall Street, how should the DNC support such policies when its largest campaign contributor in 2016 was a hedge fund?

The dilemma is clear when looking at each candidate’s campaign finances. In both of her campaigns, Ocasio-Cortez rejected lobbyist money, relying on the support of small individual donors instead. In contrast, Crowley — her 20-year incumbent opponent — overwhelmingly relied on corporate PAC money along with large individual donations. So, in a largely two-party system, how can progressive Democratic candidates expect to be elected when they do not fit into the financial, and therefore political, framework of their own party?

A pattern of establishment bias?

At the national level, the DNC relies on “superdelegates” — consisting of elected members, sitting Democratic governors, members of the United States Congress, and “distinguished party leaders” — to choose the Democratic Party’s presidential nominee. This system has led to accusations of “establishment elitism” within the Democratic Party. For instance, during the 2016 primaries, Sanders won 60.4 per cent of the popular vote in New Hampshire, but all six superdelegates pledged themselves to Clinton, meaning they both left the state with 15 delegates. Although amendments have been made to avoid such a repeat, it is clear that the power and the backing of the DNC lies with moderate and establishment candidates.

The congressional arm of the DNC, the Democratic Congressional Campaign Committee (DCCC), is responsible for supporting Democratic candidates getting elected into the House of Representatives, and is similarly hostile towards progressives. The DCCC has put forth a controversial policy that would effectively “blacklist” those that help challenge Democratic incumbents, even if they are Democrats themselves — as was the case for Ocasio-Cortez in 2018. The DCCC seems to prefer a safer approach that keeps the same slate of moderate incumbents rather than risk diversifying an increasingly unrepresentative House of Representatives.

Policies such as this blacklist feed into what Ocasio-Cortez’s campaign spokesman, Corbin Trent, describes as a “robust infrastructure set up to maintain and defend the Democratic majority, […] and often that infrastructure is running against progressives in blue districts.” In a country currently swept by progressive social movements, can grassroots candidates defy DCCC-backed incumbents and become the future face of Democratic politics?

In 2018,  Crowley dismissed Ocasio-Cortez as a “Sanders Democrat” for championing Medicare-for-all, progressive education, and wage initiatives, which are all increasingly popular policies among the American public. If we take the growing popularity of such proposals as an indication of the increasing electability of progressive candidates, then it seems the future of the Democratic party will require a considerable leftward shift to capture voters alienated by moderate Democrats.

As such, Ocasio-Cortez does not plan on being an isolated Democratic “upset” or an exception to the rule, but rather the catalyst for significant change within the party. “I see myself as a toehold. I know change has to come from inside and outside the House (of Representatives) chamber so it’s not about me as an individual but about a moment,” Ocasio-Cortez noted.

Following her successful reelection campaign in June 2020, where she won with more than a 50 per cent lead on her closest competitor, Ocasio-Cortez proved that her 2018 “upset” was no fluke. Winning by such an impressive margin further legitimizes her progressive platform, especially in the national context of a moderate, Biden-led Democratic party. As progressive candidates slowly join the Democratic party’s ranks, how does Ocasio-Cortez plan to usher in further waves of grassroots candidates and enlarge her left-wing base in the upcoming 2020 congressional elections?

“Courage to Change”: creating a platform for the progressive left

In early January, Ocasio-Cortez refused to pay her dues to the DCCC — over $250,000 — upsetting establishment Democrats. She cited the DNC/DCCC’s record of supporting incumbent Democrats and shying away from promoting more diverse and progressive candidates as a major reason for her refusal to pay. Instead, Ocasio-Cortez  funded progressive candidates directly by “putting money straight into their pockets,” even while campaigning for her own reelection. For instance, she raised $35,000 for Jessica Cisneros in Texas as well as $18,000 for Marie Newman, who is campaigning against a pro-life Democrat in Illinois.

The rumors are true. Today we’re announcing the Courage to Change PAC – and we need your help.

We are pushing the envelope in DC by rewarding those who reject lobbyist money, fight for working families,& welcome newcomers.

Furthermore, earlier this year Ocasio-Cortez founded the Courage to Change Political Action Committee. According to the website, this PAC aims to “elect working-class champions who have lived the hardships we seek to eliminate — people who have experienced racial, economic, environmental, or social injustice firsthand.” So far, it has raised hundreds of thousands of dollars for the campaigns of grassroots progressive candidates including Ocasio-Cortez’s own successful reelection bid. Her impact has not gone unnoticed, with analysts attributing the increase in progressive candidates for the upcoming 2020 congressional elections to the so-called “AOC effect.”

As progressive candidates aim to push the Democratic party further left to match their constituents’ actual needs, it is increasingly obvious that significant change within the party is impossible without ongoing efforts from elected progressives such as Ocasio-Cortez. Above all else, the need for progressives like Ocasio-Cortez to fundraise separately highlights the internal inadequacies and biases of the DCCC and the DNC that favour moderate incumbents.