The Banning of ‘Sissy Boys’: A Push for the Return to ‘Revolutionary Culture’ in China 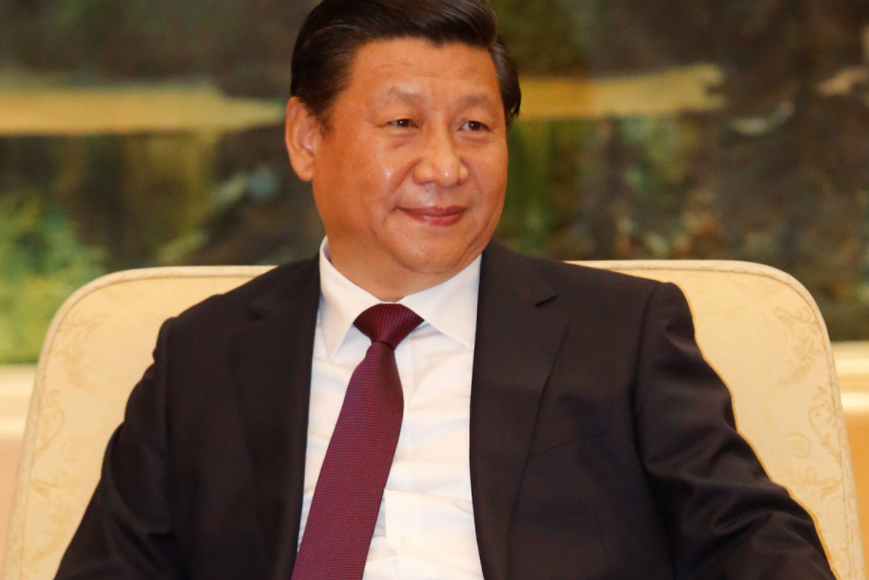 With the recent release of the two Michaels and the Chinese Communist Party’s (CCP) ongoing display of “Wolf Warrior Diplomacy,” discussions regarding China’s foreign policy are taking up a large space in news cycles across Canada. And yet, there remains a lack of discourse regarding the changes occurring within China. The current social policy regarding the prohibition of “sissy boys” in media sources reflects the CCP’s growing desire to tighten control and return to a traditional and communist China, one that more strongly embraces the idea of a “common prosperity.”

The CCP uses the term “sissy boys” to describe male figures in the media that do not fit into stereotypical masculine moulds. This includes, but is not limited to, the sporting of makeup, pierced ears, and long hair. Influenced by the rise of J-pop and K-pop stars, many popular idol singers and male celebrities in China fall into this category. One example would be INTO1’s Liu Yu, who is often lovingly called a “wife” by his fans, a colloquial term associated with delicate, well-groomed, attractive young male celebrities. Lu Ruihai, a Chinese LGBTQ+ activist, has spoken out on the government’s use of the term “sissy boys,” saying, “[m]any people use ‘sissy boys’ as an aggressive and derogatory word to label people who are not heterosexual. Or do not have the typical and traditional sex relations.”

#INTO1 🌐 #100DaysWith_INTO1
Thanks for INsider's supporting，we had a good time ～
We are looking forward to more happy memories with INsider💗#INTO1_Wonderland pic.twitter.com/9Uf2WO7br5

The multi-national boy group INTO1 currently active in the Chinese market. Popular Chinese member Liu Yu is shown second from the right, in the front row.

State media announced the new policy calling for the removal of effeminate-presenting men in September as only one of many new social directives, including limits on child consumption of media and restrictions on celebrity fan culture more broadly. The Chinese government is taking a tougher stance on a sphere of social life that has long been unregulated compared to the rest of Chinese society. Fan sites, for example, are often used as a platform where individuals can openly share forceful opinions on celebrities and certain public figures without fear of reprisals. Furthermore, male celebrities have enjoyed a limited — yet guaranteed — measure of freedom of expression in how they dress and present themselves.

Despite a lack of public attention, it would be erroneous to claim that these new restrictions on Chinese society appeared out of thin air. They represent a build-up of increasingly aggressive authoritarian policies and restrictions pushed forward by the CCP and Xi Jinping over the last decade. Many of his recent political moves appear to be paying homage to Mao Zedong and the reformist roots of communist China. Notably, his implementation of “Xi Jinping Thought” in schools across the nation is a direct echo of the late Chairman’s “Maoist Thought.”

Social policies like the prohibition of “sissy boys” have emerged concurrently with this larger push by Xi Jinping and the CCP to return China to its traditional communist and authoritarian roots, marked by the revival of the traditional philosophy of “common prosperity.” A term coined by Mao Zedong, “common prosperity,” is now described as “reasonably adjusting excess incomes” and motivating wealthier individuals to “give back more to society.” Capitalizing on growing income inequality and the COVID-19 pandemic, the CCP has pushed through numerous economic reforms and instituted crackdowns on wealthy business people and the tech industry. Gone are the days where some members of Chinese society were permitted to “get rich first,” a policy that left many Chinese citizens with high amounts of wealth. With extreme poverty still present in many rural areas and high costs of living plaguing the nation, many within China may view these policies as a welcome relief. However, the worship of wealth and celebrity that the CCP sees as connected to “sissy boys” contradicts this economic philosophy, prompting the newest crackdowns. 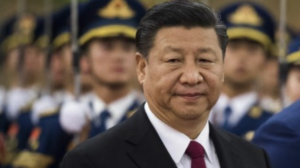 Having introduced increasingly authoritarian policies, President Xi Jinping of China was essentially declared leader for life in 2018. “Xi-Jinping” by Janne Wittoeck is licensed under CC BY 2.0.

The prohibition of effeminate men and other core aspects of celebrity culture within China demonstrates the social ramifications of Xi’s pursuit to return to traditional Chinese communist roots and promotes an economic “revolutionary culture.” To achieve his aims, he is simultaneously promoting these “traditional” social values to further influence the population at large. An associate professor at the University of Hong Kong, Geng Song, says that many in the Chinese political class believe “effeminate men are physically weak and emotionally fragile” and that this is motivating the CCP to remove depictions of more androgynous men. At the beginning of the year, the Chinese education ministry issued a public statement entitled “Proposal to Prevent the Feminisation of Male Adolescents.” According to Joshua Eisenman, associate professor at the University of Notre Dame, “China’s preoccupation with its people’s physical prowess began during the ‘Century of Humiliation,’” where it was under the influence of foreign powers before the rise of the CCP in 1949. What concerns him most is these policies’ “distinctive appeal to a concept of masculinity that is defined by service of the state.” Si Zefu, a member of the CCP’s Consultative Conference National Committee, stated fears that boys are becoming too “delicate, timid and effeminate,” therefore, “threaten[ing] China’s survival and development.” By inadvertently challenging the macho revolutionary culture the CCP is aiming to promote, “sissy boy” celebrities have landed themselves in hot water.

Several popular TV shows and movies are already being censored or cancelled. Many famous male celebrities, such as the popular idol Huang Zitao, have begun posting more traditionally masculine pictures on social media. The banning of “sissy boys” represents a broader pattern of increased restrictions and authoritarian political changes in both economic and social realms. The CCP is using policies like the prohibition of certain depictions of masculinity in the media to further restrict freedom of expression within China, all in pursuit of a more traditional communist society.

Featured image: “Xi Jinping” by Global Panorama is licensed under the CC BY-SA2.0.