The Beginning of the End? Europe’s Refugee Crisis 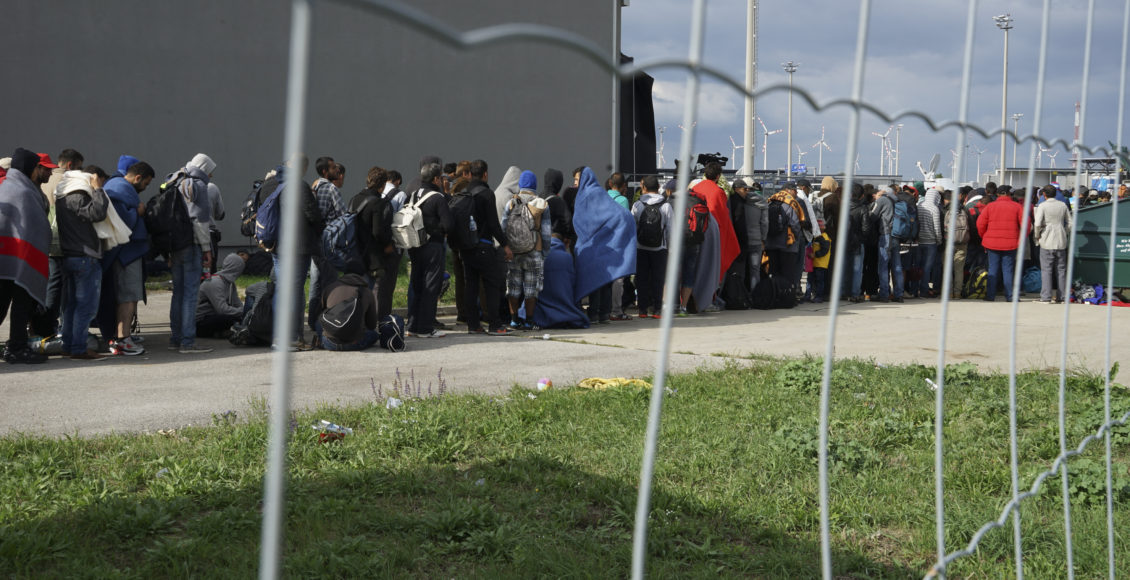 A line of Syrian refugees crossing the border of Hungary and Austria on their way to Germany. Hungary, Central Europe, 6 September 2015.
Share
Advertisement

From a public perspective, it seems as though there is never any peace within the European Union. For the past 5 years, over and over again we have watched crisis after crisis unravel; yet somehow things pull through in the fourth quarter. Member states do not seem to able to agree on anything until the matter becomes so serious that it shakes the foundations of the Union. With every crisis, political leaders become more flexible and the level of risk appears to increase.

When Europe’s leaders began negotiations over Greece and the euro, they were so dug into opposing camps that they nearly sunk the Eurozone and with it the idea of Europe in itself. In fact, Angela Merkel made it clear that “if the euro falls, Europe falls”. How legitimate the German Chancellor’s statement is will never be known, but it was apparent that the Union was in danger. Today the Union is paralyzed and Schengen has fallen. The notion of free movement of citizens across Europe has been put to rest in the wake of a migrant crisis, emanating from the Middle East and spreading from the Balkans into the heart of Europe like wildfire during a drought.

Years of sectarian war in Syria and Iraq have caused an influx of refuge-seeking migrants to Europe with numbers varying from 5000 to 15,000 per day. Once these refugees enter the Schengen regime, they are free to transverse all 26 members. Most enter through Europe’s ailing gateway, Greece, and trudge their way up to more developed and socially liberal countries such as Germany, Denmark, Sweden, and others. As a member of the EU, Greece manages to escape their duty to process and register refugees entering Greek territory. So far Greece continues to ship migrants to the mainland first and then point them northwards towards other Schengen members. Clearly the European values of free movement and the right of asylum are lost on Athens. Italy is equally overwhelmed by waves of refugees, but manages to fulfill her duty to the Union. Greece and Italy have been begging for solidarity to an apparently “deaf” Brussels for years. It all went unnoticed until Greek President Alex Tsipras opened the borders and drove the first nail into the Schengen coffin. Through his actions, Tsipras enabled migrants to arrive at another Schengen border. In contrast, Budapest is keen to preserve a regime of controlled mobility. In the Slovenian border town of Lendava, citizens once passed daily to and from the town’s Hungarian suburbs for work, family or sometimes even just the market; since September 24th everyday life has been replaced by 4 metre fences and soldier patrols.

The European Commission recently agreed on a plan that would see quotas for each member state based on their capacities to accept migrants. Berlin has since pushed for these quotas to increase significantly for Eastern European countries in order to ease the burden faced primarily by Germany. In response, Hungarian President Victor Orban has rejected these quotas and fenced off Hungary’s borders with Serbia, Croatia, Slovenia and Slovakia, a Schengen Zone member who recently refused to accept Muslim refugees.

A deal is more likely to be held up if it is voluntary. An accurate metaphor for this situation: marriages can be a beautiful thing, but not when the groom holds his bride at gunpoint. Perhaps this best describes the relationship between Merkel and her Eastern European counterparts who refuse to accept new quotas. More and more it seem this anecdote does not only relate to the migrant crisis but Europe as whole. With every fence and wall erected, Europe disintegrates just a tad more. Chancellor Merkel, in fear that her country would be unable to cope with the influx, suspended Schengen by re-establishing border controls with Austria. This is hugely significant due to the fact that for the past two decades anyone in the 26 European Schengen members, including non-EU states such as Switzerland and Norway could travel within this zone without stopping for passport controls. Although member state reserve the right to reestablish emergency controls when they judge their national security to be at risk, the fact that Germany’s action has spurred a wave of other nation to reestablish controls sounds ominous for the European dream of free movement.

The suspension of Schengen after the first migrant waves points out how the “European fortress” is slowly collapsing. One could argue that 28 smaller fortresses now looking at each other often with disdain, as well as distrust, have replaced a European fortress. Germany, the nation that originally put its foot down and demanded everyone abide by the rules, gave up and imposed a new reality on Eastern European members. Eventually a compromise will be found that satisfies all camps, otherwise the Union cannot continue to function. When will we live to see the day a compromise is reached? This crisis has brought Europe very close to spinning out of control.

The Union’s foundation was forged on mutual respect and trust between members. Now, more than ever, citizens detest and question “Brussels” and the bureaucrats sitting there. When the masses refer to “Brussels” they really mean the European Commission. As an institution the EC is meant to care for the common interests of member states, but now it remains silent and paralyzed as each state pursues what it deems best. The EC only has genuine power when the more notable members (Germany, France etc.) agree to share theirs. With the decline of the EC follows a significant loss of power for the EU’s smaller nations.

Orban’s fences were not only a shot fired at the thousands of refugees seeking to escape conflict zones in which the EU could once again not agree on a common approach, but at the heart of the idea standing behind the European Union. Austria and Slovenia have since reactivated passport controls at their borders with many others to follow. While Brussels stands silent, the mother of Europe, Germany, has set a precedent by suspending Schengen. The idea that EU leaders can act in the common interest has suffered yet another heavy blow.

The EC has failed, free movement has disappeared, walls have been erected overnight, and the member states are each marching to the beat of their own drum. We have already returned to our borders, the return to individual national interests trumping continental cooperation does not seem far-fetched.

So we should be asking ourselves: what future does the EU hold?

The featured image by Mstyslav Chernov is licensed under CC BY-SA 4.0