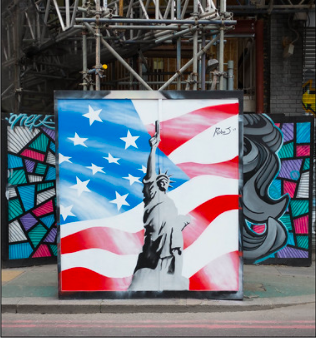 With the pandemic in the foreground of media coverage, Americans have been distracted from the ongoing gun violence crisis. Despite a limited number of mass shootings, 2020 broke records for gun-related deaths per year, with 41,000 Americans killed. Coming off of shootings in Georgia and Colorado, talks of extensive gun regulation have started to make the headlines. In response, President Biden has proposed sweeping gun control reform, which polls indicate is supported by most Americans. However, is there something more endemic about American culture’s psychology that will pose difficulty in passing gun policy reform? In the aftermath of mass shootings, regulatory control of guns is touted as the cure for the problem. But as time passes and political efforts to push forward changes fail, things go back to the status quo until the next mass shooting sparks outrage again.

These cycles of mass shootings have been shown to perpetuate further demand for guns, as the fear of pending gun regulations prompts many Americans to buy more guns as a solution. American gun culture dates back to the nation’s founding, where citizens were told that they must protect themselves from an overly controlling government. With the core belief that accessibility to guns is synonymous with American freedom, any top-down approach to force further regulations will do little to change the underlying psychology of wide-ranging views on the cause and solutions to the crisis.

When the United States’ founding citizens were still under the strong hand of the British Empire, motivated by their past grievances with large governments, the Founders established safety features in principle documents to protect the new nation’s integrity. These safeguards included the Bill of Rights in the Constitution and the unalienable rights of “life, liberty, and the pursuit of happiness.” These ideals portray an individualistic mentality that each person is responsible for their livelihood.

One of the most controversial features of the Bill of Rights is the 2nd Amendment, which states, “a well-regulated militia, being necessary to the security of a free state, the right of the people to keep and bear arms, shall not be infringed.” Because the Founders feared an overly powerful government, the 2nd Amendment allows citizens the resources to fight back to protect themselves. Since 1787, the concept of taking up arms has evolved dramatically, as guns have advanced into more powerful weapons capable of inflicting extreme destruction in seconds. There has been debate about the Founders’ intentions and whether they envisioned how the amendment would apply to our modern-day weapons. These unresolved debates have stopped many gun regulation policies dead in their tracks.

In addition to the consequential 2nd Amendment, the Founders ensured unalienable rights in the Declaration of Independence. The phrase “life, liberty, and the pursuit of happiness” focused on individual lives instead of a united country. In contrast, the Canadian tenets include “peace, order, and good government,” emphasizing the importance of a collective nation. With the American founding documents prioritizing the person’s rights instead of togetherness, it can be argued that the gun culture has evolved to portray the individual’s needs as more important than society’s security and well-being.

This historical connection has created a link between being a good citizen and bearing arms. Although the origins of gun culture came from the fear of a corrupt government, today, the right is commonly used against other citizens. History has become deeply rooted in America’s self-sufficient culture, making any attempts to enact wide-sweeping gun policy change incredibly challenging.

Today, when the future becomes uncertain, owning a gun becomes a desire. Whether it is a natural disaster or a pandemic, gun sales rise when there is a threat to normality. Interestingly, this pattern continues following mass shootings. Gun sales rose by more than 3 million over typical levels following the Newtown shooting, while sales increased by 12.6 per cent in the year following the Marjory Stoneman Douglas Shooting. Gun rights groups have preyed on worries of pending regulation to drive up sales, explaining gun violence’s root cause as a societal problem. The cycle of gun violence will continue if the mentality regarding the problem’s root cause does not change.

A review of significant gun laws shows a trend of making it easier to possess a high-powered gun while protecting gun retailers and manufacturers’ liability. The past significant gun control laws were enacted in the early 1990s with the Brady Law of 1993, which established the National Instant Criminal Background Check System for guns legally purchased from a licensed dealer. Since then, major gun laws have moved to protect gun retailers and manufacturers’ rights and support the individual right to own a firearm unconnected to service or militia. It appears that the legal backdrop has set the stage as one of the many causal factors of the gun violence crisis.

Changing the gun culture will be an uphill climb as many believe it is their patriotic duty to own a gun. In a 2015 study, researchers found that 70 per cent of white gun-owning men believe that gun ownership is a sign of good citizenship compared to 43 per cent and 20 per cent of all white Americans and African Americans, respectively. This psychological connection has prevented many well-meaning gun policies because those against gun regulation see it as conflicting with their Constitutional rights.

In the aftermath of March’s mass shootings, gun background checks jumped by 36 per cent, or 4.7 million Americans, making it the month with the most purchases so far this year. This demand took place on the heels of Biden’s proposed ban on assault weapons and high-capacity magazines and plan for universal background checks. The gun law overhaul looks like it might die on the Senate floor with 60 votes seeming near impossible given the even party division. Advocates for stricter gun control must challenge American ideals of self-sustainability and, in turn, what it means to be a good citizen.

While this psychology remains unchanged, people’s lives pay the price. My hometown of Wilton, Connecticut, was included in the lockdown radius immediately following the Newtown Sandy Hook Shooting. As a sixth-grader, I remember sitting in my French class knowing something had happened but not understanding what or where. Rumours circulated that the perpetrator was a student and that the threat was in another school in my town. When I left school that day, heading to a Christmas party, I did not understand why so many officers surrounded my school.

Years later, we mourn those who passed, but “thoughts and prayers” have never been enough. Legislators can propose all the gun regulation bills they desire, but American gun culture can not be reformed without changing the ownership mentality. While 60 per cent of Americans support stricter gun laws, those who oppose are generally the loudest and most forceful voices. Americans are no longer alone in the world without a support system during the Founder’s era. Prioritizing gun ownership over American lives will continue this cycle of fear and violence. A bottom-up approach to gun reform is necessary for change to be accomplished on the federal level. Without this evolution, the American gun mentality of individualism and patriotism will continue to be more dangerous than any gun.