The Business of Punishment: The Prison Industrial Complex in the United States 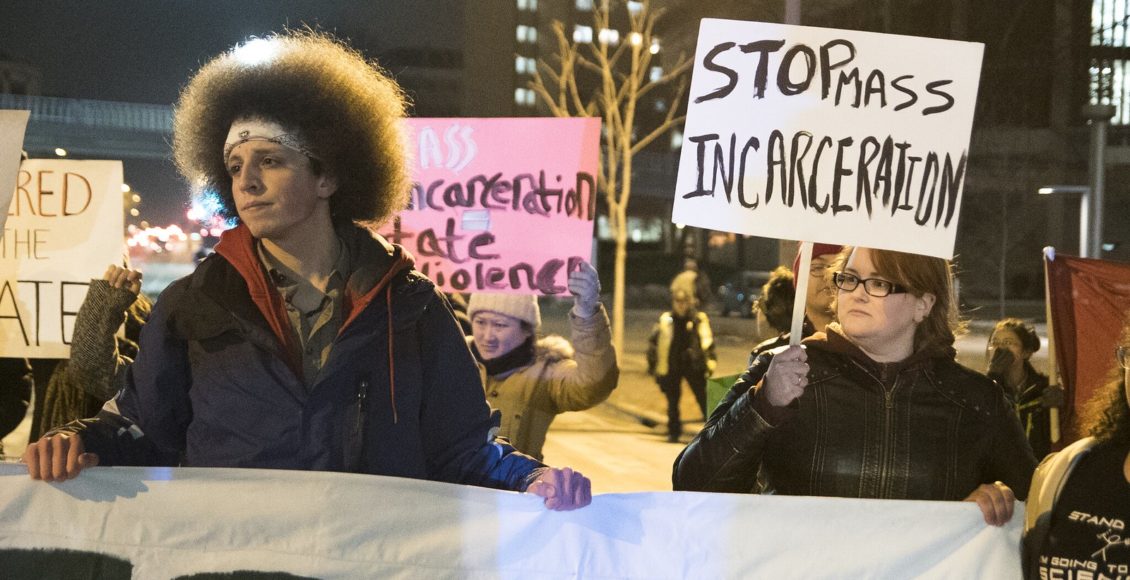 Prisons are intended to maintain social order by keeping people from doing harm and by simultaneously rehabilitating and punishing non-law abiding citizens. We think about imprisonment as a fate reserved for ‘others’; a fate reserved for ‘evildoers’. Ideologically, the prison serves as an abstract site into which “undesirables are deposited.” This relieves us of the responsibility of thinking about the real issues afflicting those communities from which prisoners are drawn in such disproportionate numbers. The issue of mass incarceration has become especially urgent in light of the fact that more than two million people—a vast majority coming from marginalized communities—now inhabit U.S. prisons, jails, youth facilities, and immigrant detention centres. It is worth noting that the administrative decisions within the prison system are not coincidental and that in class societies such as the United States, the operations of the labour-market are greatly reflected in public policy.

In their book Punishment and Social Structure, Georg Rusche, a German criminologist, and Otto Kirchheimer, a German and political scientist, make two important claims about global prison systems as a universal phenomenon. The first one is that punishment should be viewed as a mechanism that is deeply embedded in the class struggle between the “bourgeoisie” and the “proletariat”, i.e. the elite and the middle and lower class. The second is that within a class society, social relations and institutions are misrepresented by the misconception that “their real significance is usually hidden from view.” These two claims relate to the ways in which the labour-market comes to influence the methods of punishment and how penal sanctions are implemented. Rusche and Kirchheimer argue that during periods when labour is in abundant supply, penal policy can afford to be “reckless with human lives.” However, when demands for labour threaten to exceed supply, the state and its penal institutions will be less ready to dispense with the valuable resources which their captive represent, and thus more likely to put offenders to work in some way or another. The value of penal labour has been a factor for several penal institutions that have responded to economic imperatives and punished accordingly.

Elliot Currie, a professor of Criminology, Law, and Society at the University of California argued in his article “Crimes without Criminals: Witchcraft and its Control in Renaissance Europe” (1968) that the arrest of witches in France was pursued in large part due to economic reasons. Both the Inquisition and the secular courts were largely self-sustaining. Each convicted witch represented a source of financial benefit through confiscation. Indeed, a significant characteristic of the continental witch trial was the power of the court to confiscate the property of the accused, whether or not they were led to confess. Usually, the goods of suspected witches were sold after confiscation to secular and ecclesiastical officials at low prices. Currie argues that profit was the reason why the persecution of witches during the Renaissance soon became an industry.

In the contemporary world, the response to rising incarceration costs has been a growing number of inmates. Prison labourers are part of a category of ‘rightless’ workers that are seen as legitimately forfeiting their rights due to their misbehaviour. In the United States, this increasing number of inmates is often incarcerated in private prisons, The US government argues that the aim of creating a workforce in prison is to teach employable skills to as many inmates as possible which will then lead to rehabilitation, meaning that punishment no longer constitutes a marginal area of the larger economy. Indeed, private prisons profit from the labour of incarcerated people by using this prison labour towards their own capitalist ends. Corporations that produce and develop goods—from buildings to electronic devices and hygiene products—and provide services—from meals to therapy and healthcare—have been directly involved in the punishment business since the War on Drugs. The exploitation of prison labour by private corporations is “one aspect among an array of relationships linking corporations, government, correctional communities, and media,” known more broadly as the “prison industrial complex.” The term was introduced by activists and scholars to contest the belief that it is increased levels of crime that have led to mass incarceration. Instead, they argued that prison construction and the consequent drive to fill these new structures with human bodies have been spurred by the pursuit of profit.

The prison privatization trends—in particular, the increasing presence of corporations in the prison economy and the establishment of private prisons—are also reminiscent of historical efforts in the aftermath of the Civil War, wherein, to create a profitable punishment industry, the prison system became dependent on the new supply of ‘free’ black male labourers. Indeed, emancipated black men and women comprised an enormous reservoir of labour at a time when planters and industrialists could no longer rely on slavery. This labour became increasingly available for use by private agents through the conviction of the black population. In 1865 the 13th amendment was passed by Congress, which abolished slavery in the United States and established that “Neither slavery nor involuntary servitude, except as a punishment for crime whereof the party shall have been duly convicted, shall exist within the United States, or any place subject to their jurisdiction.” After the abolishment of slavery, the penal population drastically shifted; former and future slaves were being incarcerated instead of being enslaved. As such, prison populations in the South became rapidly became disproportionately black.

Today, people of colour continue to be disproportionately affected by the overarching arm of the prison industrial complex. Although people of colour make up 37% of the U.S. population, they represent 67% of the prison population. The “War on Drugs” launched by President Nixon and followed by President Reagan, resulted in unequal enforcement of the law, whereby racism, both implicit and explicit, became a prominent determinant of lawful and unlawful conduct. At the domestic level, the rhetoric of “getting tough on crimes” and of “law and order” was given to the public in order to justify rising rates of incarceration. In actuality, the “War on Drugs” has created a behemoth of courts, jails, and prisons that have done little to decrease the use of drugs while doing much to create confusion and hardship for families of colour and urban communities. The rapid expansion in the nations’ prison population that followed the “War on Drugs” has led to an enormous economic burden on the public sector. This has led to the modern emergence of for-profit private prisons. While both federal and state governments have increasingly relied on privatization since 2000, the federal prison system’s commitment to privatization grew more dramatically in 2016 when the number of federal prisoners held in private prisons rose 120 percent from 15,524 in 2000 to 34,159, and the number of state prisoners incarcerated in private prisons grew by 31 percent over the same time period, from 71,845 to 94,164.

In response to these statistics, John Ehrlichman, Nixon’s advisor, made suggestive comments about the “War on Drugs” in a 2016 Harper issue: “The Nixon campaign in 1968, and the Nixon White House after that, had two enemies: the antiwar left and black people. You understand what I’m saying? We knew we couldn’t make it illegal to be either against the war or black, but by getting the public to associate the hippies with marijuana and blacks with heroin. And then criminalizing both heavily, we could disrupt those communities. We could arrest their leaders, raid their homes, break up their meetings, and vilify them night after night on the evening news. Did we know we were lying about the drugs? Of course we did.”

In the United States, the ‘War on Drugs’ has been a war on poor people. Particularly, poor, urban, black people. It is well documented that police enforcement of the new harsh drug laws has been focused on low-level dealers in communities of colour. Arrests of black people have been approximately five times higher than arrests of white people, although whites and African-Americans use drugs at about the same rate. The differential in sentencing for powder and crack cocaine is one glaring example of institutionalized racism. About 90% of crack arrests are of African-Americans, while 75% of powder cocaine arrests are of whites. Under federal law, it only takes five grams of crack cocaine to trigger a five-year mandatory minimum sentence. Conversely, it takes 500 grams of powder cocaine to trigger the same sentence.

In order to prevent mass incarceration, prison activists insist on taking into account economic and political structures and ideologies that influence the punishment process, rather than focusing myopically on individual criminal conduct and efforts to “curb crime.” In the criminal justice field, the raw material is prisoners. Industries will do what they need to guarantee a steady supply, regardless of whether crime is rising or the incarceration is necessary. As correction companies in the United States continue to seek profit, it is important to shed light on the fact that as long as the prison industrial complex exists, crime will never cease to “grow”.